What to Expect When You're Expecting

for crude and sexual content, thematic elements and language. 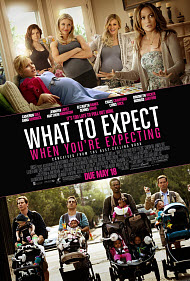 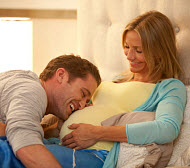 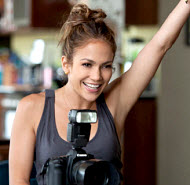 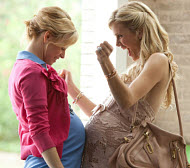 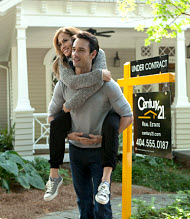 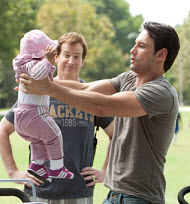 the surprise demands of pregnancy

“What to Expect When You’re Expecting” follows the journeys of five very different couples, who all have one thing in common—they are all expecting their first baby. These couples discover that the journey toward parenthood is a difficult one, with many unexpected bumps in the road, but it is ultimately the most wonderful and meaningful role that each of these couples will ever have.

The first couple we meet is Jules (Cameron Diaz) and Evan (Matthew Morrison), who are both reality television stars. Jules and Evan have to balance their busy lives and learn how to compromise as disagreements about parenting begin to surface. Wendy (Elizabeth Banks) and Gary (Ben Falcone) are a happily married couple who finally become pregnant after years of trying. Wendy is a maternity expert and author, who discovers that the pregnant “glow” is not as glamorous as she had always dreamed. Gary must deal with his tense relationship with his highly competitive, wealthy father (Dennis Quaid, and his trophy wife, Sklyler (Brooklyn Decker), when he finds out that Skyler is also pregnant but with twins.

We also meet Holly (Jennifer Lopez), a baby photographer, and her husband, Alex (Rodrigo Santoro), who are unable to have biological children, so they decide to adopt. Holly learns to accept her infertility, while Alex must face his fears about becoming a dad. Rosie (Anna Kendrick) and Marco (Chace Crawford) complete this ensemble cast as twenty-something food truck cooks, who are thrown into parenthood after a one-night stand results in pregnancy.

The film’s central messages that each baby is a beautiful miracle and becoming a parent is a gift is the most positive aspect of this story. Throughout the movie, the expectant parents describe their unborn children as “miracles.” Motherhood and fatherhood is revered and looked upon as the most important job there is. These themes are refreshing and presented in a movie that takes a very candid look at the ups and downs of pregnancy and parenthood. Each couple in the movie can agree that even though parenthood can be difficult and often unglamorous, it is ultimately the most wonderful and fulfilling job in the world.

When Rosie and Marco find out she is pregnant, they decide to keep the baby and Marco asks her if they should get married. Marco tells her that he wants to “do the right thing.” We also see Marco embracing his role as father, when he joyfully talks to Rosie’s pregnant stomach and calls their baby by the pet name “peanut.”

Adoption is also portrayed in a positive light. When Holly and Alex go to Africa to adopt their baby boy, the adoption organization leads all of the families in a prayerful vow about promising to watch over their children and bring them up strong and proud. This vow of commitment to parenthood is ended with the phrase, “so help me God. Amen.”

All of the fathers are very supportive of their pregnant partners and committed to their roles as fathers and stand by them through the emotional and physical ups and downs of pregnancy. We also see fathers spending a lot of time with their kids. All the men of the “Dudes Group” get together and spend time with their kids. The men of the “Dude’s Group” help expectant father, Alex deal with his fears and doubts about he and his wife’s decision to adopt. One of the fathers (Chris Rock) tells him, “We love being dads. I used to think I was happy when I was young, but now I know I’m happy.”

Even though the central theme of “What to Expect When You’re Expecting” is positive, this positive theme is buried in a movie that is littered with a great deal of crass language and sexual innuendo. There is a lot of frank talk about the female anatomy, both in a biological and sexual manner. The anatomically correct term, v____a is used countless times throughout the film and becomes the subject of many crude jokes. The male anatomy is also the subject of many crude jokes, as well. In one scene, Gary’s father, whose much younger trophy wife is pregnant, jokes that “he doesn’t shoot blanks.” There is also a lot of frank and crude discussion about circumcision, as well. This film resorts to the typical crass sexual jokes, euphemisms, and double entendres that have become the standard for most romantic comedies. The crude sexual humor is pervasive and unnecessary to the film’s plot. This movie would have been much funnier without all of the crass one-liners. “What to Expect When You’re Expecting” more than garners its PG-13 rating.

While the role of parenthood and the miracle of life are upheld and revered, the institution of marriage does not receive the same respect. Only two of the five couples are married, and it is revealed that one of the couples got married on a whim in Vegas (though this married couple did stay together and not divorce).

There are not any actual bedroom scenes, but they are implied. Several sets of couples are seen passionately kissing before the camera cuts to a different scene. There are many scenes that show too much skin. Many of the women in the movie walk around in bikinis, including Gary’s dad’s pregnant wife, Skyler. Jules and Evan, dance rather provocatively on a “Dancing with the Stars”-type reality show. Jules dances in a revealing bikini top costume. There are a few scenes that show shirtless men, as well. In one scene, Wendy’s assistant is forced to switch clothes with her, and Wendy’s dress is too small for her, so her entire bra is seen, because she cannot close the top.

In addition to the pervasive sexual talk, there is a moderate amount of curse words. There are about 20 or so uses of the s-word and about 5 uses of bull——. There is one use of the f-word and a handful of uses of the term, ‘effin’ in place of the f-word. The Lord’s name is misused more than 20 times throughout the film—OMG, “For Chr_st’s sakes,” “Oh G_d,” “G-damn,” “Jesus,” etc. Other foul language such as, h__l, b___h, and b_____d are also uttered. “What to Expect When You’re Expecting” has some positive themes and genuinely funny moments, and I am delighted to see a Hollywood movie revere the role of parenthood and uphold the sanctity of life (when Marco and Rosie decide to keep their baby), but there is far too much crass dialog and sexual content for me to recommend this movie to Christian audiences of any age.

Positive
Positive—On the recommendation of my daughter, mother of two of my grandchildren, I overlooked the righteous indignation of the foregoing review, gave this movie a chance, and was pleasantly surprised. The sensitive subjects of seduction and conception were handled, for the most part, with wit and humor, instead of the raunchiness that prevails in Hollywood and TV sitcoms. Weaving several stories together, this movie attempts to present all aspects of procreation in a tragicomic (mostly comic) vein. Although the Lord’s name was used in vain more than once, like the pain of childbirth, their memory was quickly erased by the feel-good tone of the movie, and the only use of the f-word was presented as shocking and inappropriate. It did find it sad that a script set in the heart of the Bible Belt prays only when the story moves to Ethiopia, but better than nothing.
My Ratings: Moral rating: Average / Moviemaking quality: 3½

Brian Schacht, age 65 (Canada)
Positive—I was expecting very little from this movie, but was pleasantly surprised. The summary has a few inaccuracies, namely, 3 of the 5 couples shown are married, and the couple that got married in Vegas didn’t do so on a whim; they just chose to do it that way. I thought the movie did an excellent job of showing some of the more common problems, even misconceptions of pregnancy. It honestly addressed topics such as when pregnancy isn’t all the glamor women are expecting, or the tendency of women to compare their pregnancy to the pregnancies of other women.

It also talked about the way complete strangers feel comfortable touching a pregnant woman’s belly and offering unsolicited advice about very personal issues. I understand the concern, from a Christian perspective, that one of the couples unwed, but even that was used to offer many lessons. First, though they were only together intimately once, their relationship was not a one-night-stand. Their relationship reminds that it only takes once to get pregnant, and that if you get pregnant outside of wedlock, you may have to go through pregnancy and beyond alone. It also shows that getting pregnant doesn’t automatically make a relationship work, and that even a pregnancy scare or a miscarriage or an abortion leaves deep scars that doesn’t miraculously heal when the pregnancy is over. See all »
I felt the young, unmarried couple had much to teach younger girls who aren’t yet married. Even better, the men in the movie were not portrayed as hen-pecked and emasculated, as men so often are in chick-flicks. They were strong, supportive men and loving dads, who were totally lovable, despite being “uncool” in the conventional sense. Even the hunky player of a man wasn’t shown in a positive light, until he embraced his responsibilities as a father. When talking about such serious issues as marriage, pregnancy and parenting, interlacing it with humor is almost necessary. Given the medical nature of pregnancy and childbirth, I expected some liberal use of words like br___ts and vag__a. Even that wasn’t overdone.

I think one joke cleverly showed that after creating a child, a husband may view the female body differently, with more awe and respect.

Catherine, age 41 (USA)
Neutral
Neutral—This movie was amusing enough for an afternoon with nothing else to do, and it had some cute moments. Overall, though, there was just way too much sex talk and potty humor for my liking. I don’t think I would ever be bored enough to watch it again.
My Ratings: Moral rating: Offensive / Moviemaking quality: 3