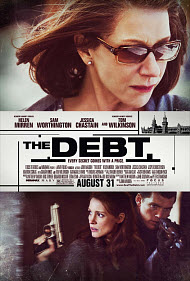 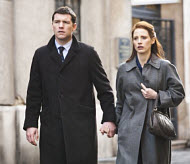 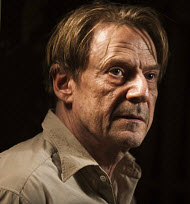 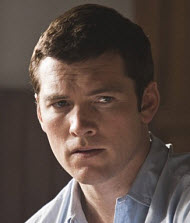 PERSECUTION—Why and how should followers of Christ pray for suffering Christians? Answer 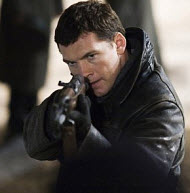 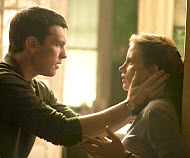 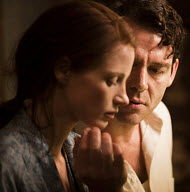 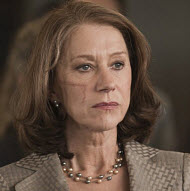 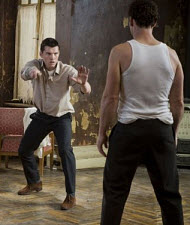 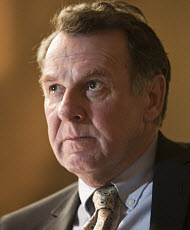 This line from John Madden’s latest film, “The Debt,” provides a perfect summary of the film. “The Debt” is an excellent remake of a 2007 Israeli film.

Proverbs 6:1-19 well describes what is about to happen in the film:

“There are six things that the LORD hates, seven that are an abomination to him: haughty eyes, a lying tongue, and hands that shed innocent blood, a heart that devises wicked plans, feet that make haste to run to evil, a false witness who breathes out lies, and one who sows discord among brothers.”

Three young Israeli Mossad agents undertake to capture a Nazi war criminal, and their mission goes terribly awry. The trio must pursue the enemy within Soviet-occupied East Berlin, which leads to the initial failure of the kidnapping. After fleeing the Soviets, they take the Nazi into captivity, with the three agents locked together in an apartment to guard him. Unfortunately, agents Stephan, David, and Rachel, will not learn the wisdom of Romans 12:17-19:

“Do not repay anyone evil for evil. Be careful to do what is right in the eyes of everybody. If it is possible, as far as it depends on you, live at peace with everyone. Do not take revenge, my friends, but leave room for God’s wrath, for it is written: ‘It is mine to avenge; I will repay,’ says the Lord.”

Over time, Stephan, David, and Rachel begin to feel as locked up as their prisoner. The Nazi, who had been an evil doctor during the war, is able to manipulate his captors both mentally and physically and eventually…

What transpires is a series of deception and lies that have a devastating effect on all three of the young agents, continuing throughout their lives. As the line between good and evil becomes blurred, we remember that…

“The heart is deceitful above all things and desperately sick” (Jeremiah 17:9).

The story is told through a series of flashbacks and unlike many movies of this type, the flashbacks are easy to follow, keeping the deep political intrigue from becoming too difficult to understand. The story-telling is excellent, taking us from the political intrigue and brutal battles into a love triangle, which, though equally intense, is often shown subtly through looks and simple hand movements.

The acting by the ensemble cast is excellent, with the two actresses who play Rachel (Jessica Chastain as the young Rachel, and Helen Mirren as the older Rachel) being the most compelling. Marton Csokas portrays the young Stephan, showing his changes from team player to aggressive leader.

Interestingly, the only curse word noted in the film, “f**,” is well-used to show the fear and anger that Stephan feels, as he is the only one who uses the word and then only during times of great duress.

The film’s R-rating is well-earned, as is often the case in stories concerning the Nazi holocaust. Deception is the main topic of the film, and it is shown through great suspense and graphic violence. Sexuality is moderate, with a few scenes that are somewhat offensive, including gynecological exams (not shown in detail, but still very uncomfortable to watch) and a couple of sexual encounters.

Viewers need to keep in mind that the violence is often graphic, including brutal, sometimes sadistic, fighting. The battles include stabbing with knives and syringes, slashing with pieces of broken glass, strangling, and many body blows. A horrifying suicide is also shown.

“The Debt” is worth seeing, because of its political intrigue and suspense, as well as its devastating love triangle, and how lies can change our lives.

The older Stephan says toward the end of the film, “Truth is luxury…” Thankfully, though, truth is readily available to all people through God’s Word (John 17:17) and faith in Jesus Christ (John 14:6). Jesus tells us if we hold to His teaching, the truth will set us free (John 8:30-31). Our three protagonists learn a hard lesson about truth.

Positive
Positive—It’s an enjoyable movie, if you like spy movies. It is only for adults, because of the violence and some language. There are mistakes the spies make that would never occur with a professional spy, but these mistakes are necessary to carry the plot. My wife and I enjoyed it. The movie definitely shows the negative consequences of deceit.
My Ratings: Moral rating: Average / Moviemaking quality: 3½

Joe, age 63 (USA)
Positive—The latest film from the director of “Shakespeare in Love,” “The Debt,” is based on a true story. It is well-told, with exceptional performances from Academy Award winner Helen Mirren, Jessica Chastain, Sam Worthington, Martin Csokas, Jesper C., Ciarán Hinds and Tom Wilkinson. ***POSSIBLE SPOILER*** The first 15-20 minutes of the movie rely almost ONLY on looks and actions, not words, just like the opening minutes of “The Good, The Bad And The Ugly.” A simple, yet very effective, way of telling the story. ***END SPOILER***

The performances by the leading actors are especially note-worthy because all of them had credible Jewish and German accents. ***SPOILER*** I could certainly identify with David when he beat the crap out of Vogel when pushed to his breaking point, not because I’ve lost someone I loved, but because I know what it is like to stand by and watch while someone you love is suffering. ***END SPOILER***

Worth viewing alongside “Schindler’s List” and “The Boy in the Striped Pyjamas.” There is some brief strong language (the f-word, used about five or six times) and some violence, part of it surprising and shocking. Excellent movie.
My Ratings: Moral rating: Average / Moviemaking quality: 5

D, age 25 (USA)
Neutral
Neutral—This movie certainly had enough suspense to hold my attention, but all the thematic elements were not drawn together well enough, so the whole thing fizzled by the end, and it shouldn’t have. The story is serious and could have been done better.
My Ratings: Moral rating: Very Offensive / Moviemaking quality: 3½

Halyna Barannik, age 65 (USA)
Neutral—This was okay for a one-time watch. The film production was really good… to me, though, the story didn’t have enough heart. I just wasn’t very attached to any of the characters.
My Ratings: Moral rating: Average / Moviemaking quality: 4½

Kadie Jo, age 19 (USA)
Negative
Negative—“The Debt” started well, but then stalled and became tedious to watch. The ending was very unsatisfactory. The Bible clearly shows God was decisive when it came to evil. Two of the Israeli agents in the film came across as indecisive and naive. It appears the point of the film was to make a statement about morality and honesty, but, in the end, it was quite pointless. Save your money.
My Ratings: Moral rating: Average / Moviemaking quality: 5

Leonard Capobianco, age 69 (USA)
Negative—There is lots of graphic violence. The ending is utterly unrealistic. It is interesting for two thirds of the film, but it is a secular film, and it tries to become something it is not—a public morality play. While lying does undermine the fabric of social relationships, there did not seem to me [spoiler alert] much point in the truth coming out that the Mossad agents had actually failed in their mission, so many years after the events, in a way that was devoid of any utility, when the old NAZI was indeed, ultimately slain.

I do not disagree with the message, it is just that the transition to Israel from Berlin does not wear well cinematically. The shots of what was meant to be a hospital in Ukraine were good. My summary—overly violent melodrama masquerading as serious drama and thriller.
My Ratings: Moral rating: Offensive / Moviemaking quality: 4