for language, some sexuality and actuality violence. 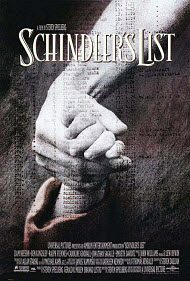 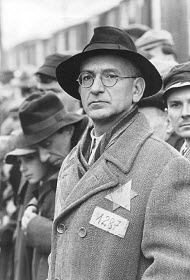 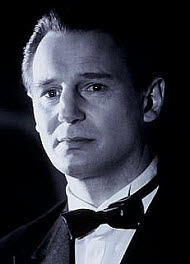 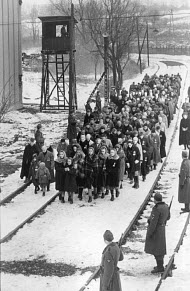 sin, depravity and the fall of man 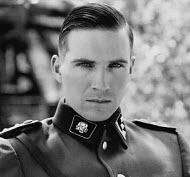 Get biblical answers to racial hot-topics. Where did the races come from? Why is it important to have a biblical foundation for such issues? 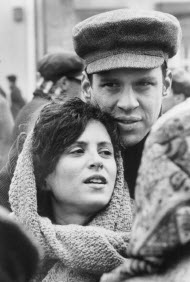 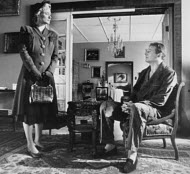 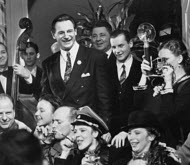 “Whoever saves one life, saves the world entire.”

While “Schindler’s List” won 7 Academy Awards (including Best Picture, Best Director and Best {adapted} screenplay), and 11 Academy Award Nominations (including Best Actor-Liam Neeson), it is a movie that left this reviewer a little uneasy. Steven Spielberg takes the grim reality of the Holocaust and portrays it as ghastly and realistic as anyone could expect. There are savage scenes of random, cruel slaughter that would make the young very squeamish (or most anyone). The very nature of the Holocaust requires that such graphic violence be portrayed and I was not offended by it. I do believe, however, that as godly parents we need to be careful that we do not expose our children to issues they are not ready to handle. The Holocaust and its violence can be too much for young minds. What really disturbs me about this movie is the unnecessary and flagrant nude scenes, which Spielberg seems to throw in at the most inappropriate times. One such scene has Oskar Schindler (Liam Neeson, “Rob Roy”) in bed, with his wife (Caroline Goodall, “White Squall”), in the act of sex. Leaving little to the imagination, this scene is so offensive that one could easily consider it soft porn. There are scenes, which contain relative nudity and are essential to the content of the film; but this scene, and two others, have no bearing on the movie at all! There is full frontal male and female nudity and the vulgarity is prolific.

“Schindler’s List” is based on the 1982 biographical novel by Thomas Keneally. It is structured around the imposing, Nazi-Catholic industrialist, Oskar Schindler, whose suave, sophisticated lifestyle wins over the Nazi elite; which, subsequently, enables him to acquire tremendous wealth by using Polish Jews as unpaid laborers. While he is motivated by greed and lust for high living, Oskar, after having seen the slow methodical extermination of the Jews in Krakow, becomes sympathetic to their cause and begins to systematically buy everyone he can to work in his factory. Along with the help of Itzhak Stern (Ben Kingsley, “The Assignment”), Oskar is able to teach the Jews a trade that eventually saves their lives.

In one of the film’s most touching scenes, Oskar goes to Auschwitz and fights for the freedom of his employees. Determined to save all that he can, he risks his life by valiantly talking the authorities out of exterminating them. Triumphantly, they march back to the factory, knowing that their lives have been spared. By 1945, Oskar Schindler was able to save over 1,000 men, women and children. In his honor, Spielberg films the actual people, who were saved by Schindler, as they pass by the grave of their hero. We are then told that the descendants of these Jews total 6,000.

Many of the scenes were actually filmed on location, including Schindler’s original factory and the gates of Auschwitz. Cinematographer Janusz Kaminski does a superb job of filming and Steven Zaillian skillfully constructed the screenplay. Even so, be forewarned, this is not a family film!

Positive
Positive—Actually, this movie gets it R rating for the fact that the Holocaust itself is rated R. Having studied the History of Modern Israel and the Holocaust what took place in this movie is true. I watched this at a Christian college, and NO scenes were removed, based on the professor’s premise that the Holocaust is rated R. While it’s a movie for mature audiences, the viewer shouldn’t fast forward through any scene. They’ll miss something if they do.

By far Spielberg’s best movie and one of the best films ever made. While it may be a stretch I would give this a Christian rating of 3—only because it’s accurate and not a glorification of perversion. To many Holocaust films shy from the truth. That’s sad, because it is one of the most significant events in the 20th century. Watch this movie, watch it carefully, and see what you learn from it—the nudity has a part in this film.

Brian McClimans
Positive—This is not a happy movie, or a feel good hit. It is a moving story of one light in the darkness of WWII Germany. It shows the depths to which humanity can sink without God… I recommend this movie, but with warnings. It contains nudity; shows violence of a graphic nature; and the subject matter is about one of the most heinous times in recent history. However, it is all in the telling of this true story; a story that should be told. Definitely not a film for children.

Ryan Stucker, age 23
Positive—I believe this to be the best movie I have ever seen. Yes, some scenes were hard to watch, but not as hard as it would have been to see the actual events. I believe Liam Neeson to be the absolute most perfect actor to portray Oskar Schindler, as were all chosen actors. I do not believe the sex scene to be offensive at all. I do have a question, though, at the end of the movie, some of the Jews whose lives were spared, walked past Schindler’s grave and placed a small rock on his grave. What was the significance of this? I would not recommend this movie to be seen by a young child (under age of 12) and it is only because of the horrible things the Jews had to endure… not because of the nudity.
My Ratings: Moral rating: Better than Average / Moviemaking quality: 5

Patricia Hoyle, age 62 (USA)
Positive—Steven Spielberg’s masterpiece “Schindler’s List” is a searing, honest, in-depth look at one of the darkest tragedies in history: The Holocaust. Having a deeply personal connection to the events, Mr. Spielberg wisely chose not to shy away from showing the evils that the Nazis unleashed on the Jews in graphic detail, and to film it in black-and-white, so as to give a documentary-like feel to the movie. The movie is very well written, sensitively directed and beautifully scored by John Williams, with the haunting violin solo performed by Itzhak Perlman.

Biblically-speaking, there is a lot of graphic violence (albeit tempered by the black-and-white; but it is no less disturbing), strong language and copious amounts of nudity with one brief sex scene that has nudity. However, none of this is done to be sexually titillating, and serves only to highlight the brutality that was born out of the Wannsee conference in 1942 (there is a television movie on the conference which I recommend; be warned, though, it has some language, and, of course, the discussion of the subject matter is for mature audiences only).

“Schindler’s List” definitely earned the R-rating for good reason, but it is essential in depicting the reality of the Holocaust (the story could not be told otherwise and be authentic at the same time). Heed the rating of the movie, but when you do show it to high school classes and your own children, see the film uncut. It is the only way to truly witness on film the horrors that Hitler’s regime inflicted on the Jews.

To answer a reviewer’s question about the significance of the stones on Schindler’s grave at the end of the movie, there is a Jewish tradition that when one visits a grave, one leaves a small stone on the marker as a sign of respect. Appropriately, the real-life survivors of the Holocaust are accompanied by the actors who played them, and the man seen in close-up placing a rose on Schindler’s grave and in long-shot is Liam Neeson who played Schindler.
My Ratings: Moral rating: Average / Moviemaking quality: 5

D, age 30 (USA)
Comments from young people
Positive—This an excellent film and an accurate portrayal of the Holocaust. You cannot change the Holocaust around to make it a happy, G-rated film. The Holocaust was a sad, dark event. The scenes of violence and nudity were relevant to this film. The brilliant director, Steven Spielberg, chose to show mild scenes from the Holocaust. I have seen a lot worse things. And the reason the film didn’t show any of the other groups persecuted was because Oskar Schindler saved Jews, so it was probably unnecessary to show or mention the other groups. And also because the fact that Jews were the main group targeted.

The nudity was important, too. In the scene of the selection in the concentration camp, the nudity was necessary to make an accurate portrayal and the sexual scenes were there to show that Schindler was a womanizer… This film is one of the greatest motion pictures ever made and everyone should watch it.

Vicente Salazar, age 15
Positive—I usually don’t comment on movies, but for “Schindler’s List” I had to make an exception. This is one of the most heartbreaking, yet beautiful, true stories ever to hit the silver screen. I urge everyone to see this movie sometime in their life. I give a ton of credit to Mr. Steven Speilberg for creating a moving masterpiece.
My Ratings: Moral rating: Excellent! / Moviemaking quality: 5