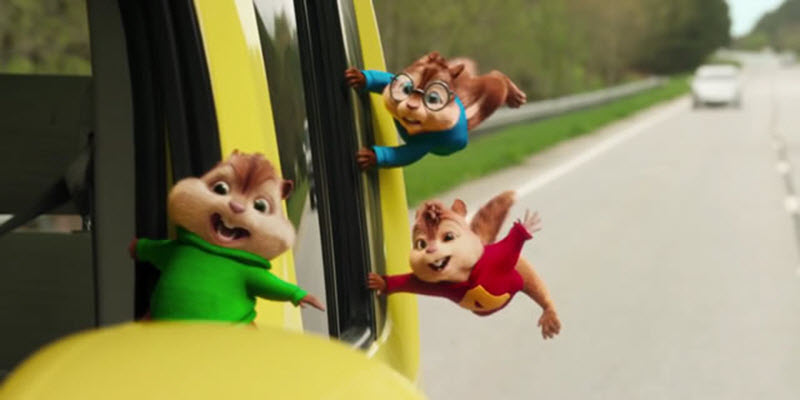 Alvin and the Chipmunks: The Road Chip

for some mild rude humor and language. 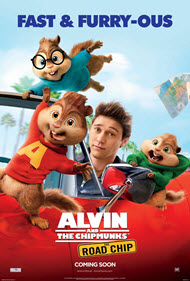 About lying and truth in the Bible

being rightly punished for doing wrong 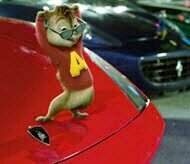 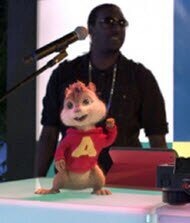 They’re baaaack! Alvin, Simon, Theodore and, yes, even Dave! Since we last left the Chipmunks, things have gotten, well, quieter. Dave (Jason Lee) is no longer a songwriter. Instead, he is devoted to a career as a music producer and the Chipmunks are taking time, away from the music business, to just be normal kids… uh… I mean Chipmunks.

One night, as Dave is packing for a job in Miami, the Chipmunks notice something strange—a box with a ring in it. This only can lead to one conclusion; Dave is going to propose to Samantha (who he’s invited to Miami), and that means Miles and the Chipmunks will be brothers!

Needless to say, neither Miles, nor the Chipmunks, are happy about this. So what are they going to do? Go on a road trip, I mean, road chip. And so the quest for Operation “Stop that Proposal” begins.

Were you looking for something more complex? No, that’s about as complicated as the plot gets. That and, well, you replace Ian (the main villain from the first Chipmunk films) with a crazy Air Marshal, that adds some humor to the plot (though, honestly, I’m not really sure the significance of the Air Marshal’s role, other for some juvenile laughs (I’ll get more into that in the “Content” section of the review).

I can’t help myself but periodically check other sites for their opinions on movies. It helps me become a better writer. As such, I looked at their thoughts on Alvin on the Chipmunks. One person even wrote that he was surprised the series was still going at this point. I can’t say I disagree.

The Alvin and the Chipmunks series falls under this category. The first film was fine, carrying that nostalgia from those adorable creatures we grew up with, the second film was even manageable, too, with the addition of the Chippettes. Looking back at my review of the third film, “Chip-Wrecked,” I would say that the series should have stopped after the second film.

Which leads me to …“Road Chip.” I really wasn’t impressed. The development of the relations between Miles and the Chipmunks was rushed, the Chippettes barely made an appearance, and, like I said, the conflict with the Air Marshal added pretty much nothing beneficial to the film, other than to poke fun at law enforcement (coincidence?). Same slapstick routines, same gross humor, same old, same old.

Violence: Moderate. Most of the violence is in the form of slapstick humor, and most of it is directed at the Air Marshal. We see the Chipmunks twirl and throw Theodore at the Air Marshal’s private area (followed by a less than humorous “Oh, Nuts”). The Air Marshal, during a scene in New Orleans, is seen being hit by various instruments, as well, during Mardi Gras. Theodore is hit by a car while trying to save someone (thankfully, he is okay). There is also a bar fight scene (brief and nothing aggressively violent). Other violence includes, most of it at the beginning, scenes where we see Miles torturing the Chipmunks (sticking Theodore on a windmill at a mini golf place, dunking Simon’s head in a cotton candy machine, knocking Simon and Alvin’s heads with drum sticks, etc.).

Language: Mild. Language included “crap,” “poop,” “nuts,” d***, and lyrics are heard from Theodore as he sings the song “I Like Big Butts.” God’s name is also used in vain once (OMG).

Sex/Nudity: Many of the women in the movie are seen in cleavage bearing outfits, short dresses, short shorts or revealing bathing suits. There’s some suggestive dancing, and, when Alvin sees some of the ladies, he says “If this is grounded, ground me for life!”

There are strong positive themes regarding family and adoption. There’s even a message about blended families. At first, the Chipmunks can’t stand Miles. He’s mean; he’s cruel. But they learn there’s more to someone that what’s on the cover, and, in essence, not to judge. They even learn that they too could be better Chipmunks.

Judge not, that ye be not judged. For with what judgment ye judge, ye shall be judged: and with what measure ye mete, it shall be measured to you again. And why beholdest thou the mote that is in thy brother’s eye, but considerest not the beam that is in thine own eye? –Matthew 7:1-3 (KJV)

For he chose us in him before the creation of the world to be holy and blameless in his sight. In love predestined us for adoption to sonship through Jesus Christ, in accordance with his pleasure and will. —Ephesians 1:4-5 (NIV)

Chances are, “…Road Chip” won’t do well in theaters this holiday season, having to compete against “Star Wars: The Force Awakens.” Even if “The Force Awakens” wasn’t in theaters, I still don’t believe “…Road Chip” would do very well. Yes, this film is cleaner than its predecessors. The animation is still very impressive, as well. If you’re looking to take young children to a movie this Christmas, “…Road Chip” wouldn’t be a bad choice, as the crass humor is few and far between, this time around. Does the movie warrant a recommendation from me though? Sadly, no. I’m not hopeful for an “Alvin and the Chipmunks 5” any time soon.

Neutral
Neutral—The Air Marshall makes a comment in his office stating that he is everywhere, that he knows all and sees all. It caught me off guard. Also, the moonshine drinking and waking up tatted after being drunk.
My Ratings: Moral rating: Average / Moviemaking quality: 3

Valorie, age 65 (USA)
Neutral—As is typical with the Alvin and the Chipmunks movies, the women are wearing short shorts, very short skirts, and some buxom women in bikinis. Also, songs like “I like big butts and I cannot lie.” It’s not needed, but standard for this series of films.
My Ratings: Moral rating: Average / Moviemaking quality: 3

Andrea, age 43 (USA)
Comments from non-viewers
Negative—Can’t believe how far satanic media has gone and that ANYONE who calls themselves Christian would take their kids to see something that they KNOW has any off color content in it. Just because they make it for kids, doesn’t mean you should take your kids to it. God has a gospel to get out, and, guess what folks—SO DOES THE DEVIL! Please remember that the kids are little sponges and pick up on all the things pumped into their brains! I don’t think some of these filthy kids” movies are even right for the adults, let alone the kids. Just goes to show how far Christianity has fallen away from God’s Word in this country! Why would you want to teach your kids to do any of this, that these cartoon characters are demonstrating to them? Please wake up America! Don’t you get it? YOU ARE BEING ENTERTAINED TO DEATH! The Devil has definitely got your number! All it takes is less and less discernment on these issues!