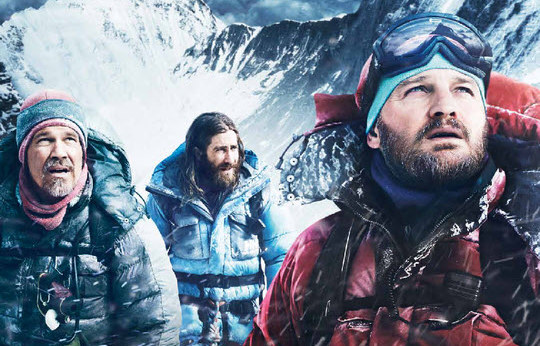 for intense peril and disturbing images. 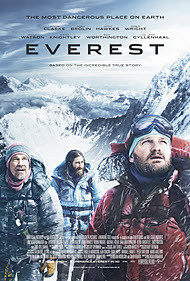 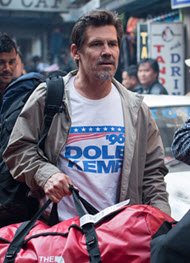 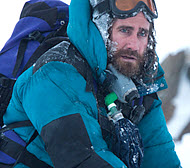 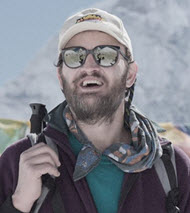 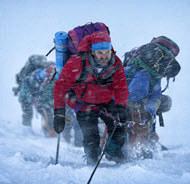 taking great risks for reasons that are ego driven

loss of a spouse

snow and ice in the Bible

mountains in the Bible 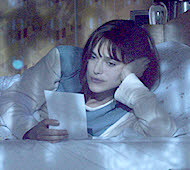 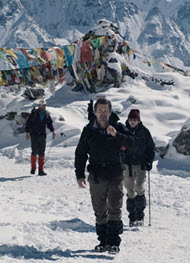 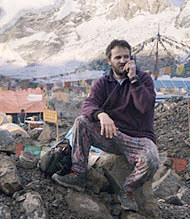 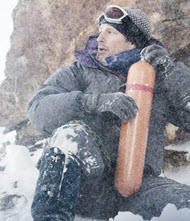 “The most dangerous place on Earth”

Reaching the peak of Mount Everest at 29,029 feet has been the goal of many mountain climbers. Some lived and some died. Some made it to the top, but others didn’t. “Everest” is based on the true story of two extraordinary groups of mountain climbers who team together to climb this beast of a mountain. Team “Adventure Consultants” and “Mountain Madness” begin a playful rivalry to see who can make it to the top first.

After many training sessions, both teams are finally ready to take on Everest—most for their very first time. However, when a severe ice storm heads their way, little by little the groups begin to separate, and they need to find the fastest way down Everest before this fast moving storm arrives. Fathers, husbands, brothers, and sisters are willing to take on the world’s largest mountain, risk their lives, and leave family members behind. Jason Clarke, Jake Gyllenhaal, and Josh Brolin lead an all-star cast, and through severe mountain conditions they learn to “Never let go.”

There really is not much objectionable content to worry about in “Everest.” The sexual content is minor, as one man is seen shirtless in a few scenes, a couple kiss, and some viewers may pick up a brief, subtle sex reference. The film isn’t necessarily violent, but very intense, perilous, and emotional in nature. The climbers are in constant peril, and we see a few fall off cliffs, but do not see the impact nor the physical fall. Some characters suffer some injuries (not graphic) with some blood on display. A man shows off his missing toe, and the storm the climbers get caught in is very frightening. Some characters cough up small amounts of blood, and a few characters are seen covered in snow and frozen to death. It isn’t graphic, but may be disturbing to some younger viewers. A character begins to vomit (yet not visible), climbers get pummeled with ice and snow, and many are seen frostbitten.

There is little to no language here for the exception of one subtle abuse of God’s name, an “Oh Lord” comment, and one use of the word “fricking”. There is no serious drug content, but one character is seen giving himself a shot and some others appear to take fairly heavy doses of prescription drugs. The largest concern for families will probably be the alcohol consumption in this film. In the first half, before the massive climb to Everest, many scenes display characters drinking various forms of alcohol from beer to strong liquor. Alcohol is sporadically consumed in the second half of the film, and one character appears to be borderline drunk.

There isn’t much spiritual content in “Everest,” but some Tibetan religious rituals are briefly on display when some characters go to a prayer service at a monastery. After one character reaches the top of Everest, she kneels and says a brief prayer. Courage, friendship, teamwork, and the value of family are all displayed in a positive light. Climbers look out for one another and stay connected with their families, and great courage is displayed as the climbers do all they can to survive. They will not go down without a fight, even if that means the forces of nature taking their lives. John 15:13 (ESV) says,

“Greater love has no one than this, that someone lay down his life for his friends.”

Self-sacrifice plays a large theme in “Everest” and may even set up a good moral example for younger audiences.

“Be strong and courageous. Do not fear or be in dread of them, for it is the Lord your God who goes with you. He will not leave you or forsake you.” —Deuteronomy 31:6

“Everest” is most certainly not a Christian film by many means, but it is definitely one of the cleanest (if not the most clean) PG-13 film I have ever seen. I personally did not find it nearly as violent as 2011’s “Courageous,” which is a great Christian film, yet rated PG-13. Although there is nothing Biblical contained in this film, there is still hardly any objectionable content that will offend followers of Christ.

The filmmaking quality is outstanding. The film is filled with great performances, strong direction, and beautiful, breathtaking cinematography. If you’re willing to pay a bit extra, I’d highly recommend seeing this film in IMAX 3D. From the very first scene, I felt nearly fully immersed in the perilous adventures of the mountain climbing world. Sure, the journey is intense, people freeze and die, and there is quite a bit of alcohol consumption. However, “Everest” is a very realistic film that nearly portrayed life as we know it. All this being said, I highly recommend “Everest” to any audience who is looking for a good thriller.

The PG-13 rating should still be taken seriously, though, as most children and sensitive audiences may be bothered and disturbed by some of the peril and portrayals of death. This film should be suitable for children 10+ based on maturity. “Everest” is certainly worth the climb and is one of the best films I have seen this year. We are shown that we should love our families, care for our friends, and be willing to lay down our own lives for the ones we love. As we face our own personal mountains in life, we should remember to “Never let go” and look towards our God who saves and redeems our very lives.

Movie Critics
…Visually stunning, stressful and tense, this tale of survival and sacrifice demands to be seen in an IMAX sanctioned theater – find the biggest screen, the best sound… kept me from the edge of my seat… “Everest” is mostly style over substance… The mountain IS the movie. … [C+]

Brian Taibl, KOMO News
…It's beautifully shot, and so realistic… viewers will likely be clenching and unclenching their theater seat armrests… There's no real “woo-hoo!” moment by film's end. It's quite simply a well-acted, documentary-like chronicling. … [4/5]