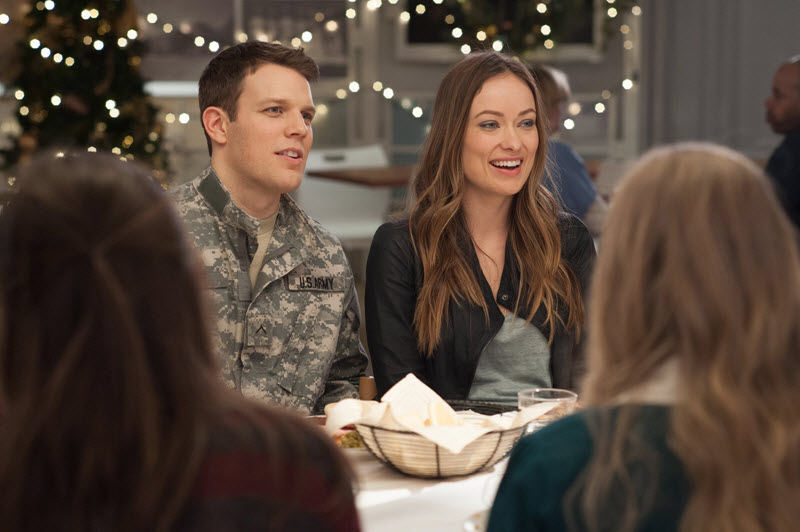 for thematic elements, language and some sexuality. 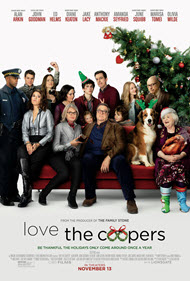 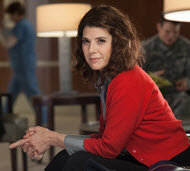 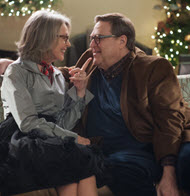 MARRIAGE OBSOLETE?—Is formalized marriage becoming obsolete? Answer
Many people seem convinced that traditional marriages don’t work and that this practice should be abandoned. What does the Bible say about marriage?

“You can’t re-gift family.” This tagline for the latest Christmas comedy “Love the Coopers” certainly speaks truth, but the entire Cooper clan does not appear to be so certain as they continue to face problem after problem with their very (emphasis on very) dysfunctional family. Charlotte and Sam Cooper (Diane Keaton and John Goodman) just want to give their grown up children and their families the memory of having a joyful, stress-free family Christmas. However, as generation after generation of the Cooper family merges together for their big annual Christmas Eve celebration, everyone’s personal struggles collide with one another, changing their stress-free celebration into a very hectic one.

Hank (Ed Helms) struggles with finding a decent job and being a single dad. Eleanor (Olivia Wilde) cannot face the fact that she has to go to her parents” house once again without an update on her relationship status. And Emma (Marisa Tomei), well, let’s just say she’s not very fond of getting free rides in a police car. The Cooper family may appear to be just another typical dysfunctional American family, but they are also a family that cares about one another. Even through the toughest of times, they tend to be near one another, no matter how far they may be apart.

“Love the Coopers” is yet another silly, melodramatic Christmas film released just in time for the holiday season. Although the film is advertised as a comedy and attempts to play out like one during its 107 minute run-time, the story struggles as the characters are guided by a very weak script, thin plot, and very confusing scenarios. There are no twists in the film, by any means, but there are so many different sub-plots that the audience may get so lost they will not even know who is (or isn’t) a Cooper.

Director Jessie Nelson does a solid job of bringing a nice family Christmas theme onto the screen, but poorly directs her characters through this weak, somewhat pointless story. There is hardly any character development, and the story, well, half the time you may not know what in the world is going on. “Love the Coopers” may have a few good laughs and some decent family drama, but the incoherent story and weak structure make this another Christmas dramedy that will be quickly forgotten on dusty store shelves. The filmmakers could not find the right balance between drama and comedy.

“Love the Coopers” may appear to be a family-friendly film, but it is layered with some sexual content and dialog, profane language, and themes of lying and deceit. There are no sex scenes or nudity, but we do hear some sexual references (including anatomy) and see couples passionately kiss, including French kissing. We also see a teenage couple make out, in addition to an older married couple. A teenage boy ogles a teenage girl, a single woman confesses to sleeping with a married man (we see him begin to lead her on at work, but she stops), and a reference is also made to a character being gay. A suggestive spin is taken on baking gingerbread cookies, a disrespectful orgasm joke is made toward lyrics from a Christmas carol, and a little girl lifts up her dress revealing her tights and a full length slip.

Someone makes reference to a “brown young virgin” rather than “round yon virgin” in “Silent Night,” and another makes a joke about someone being named B.J. The language is scattered, as we hear some uses of d**n (1), h*ll (3), and s*cks, one s-word, and one abuse of Jesus Christ’s name. God’s name is misused about another 20+ times (paired with d**n 4 times) and some name calling includes one use of the put down p*ssy and three uses of the vulgarity d*ck, twice used by a little girl.

There isn’t any violence to worry about here, but a character does get comically punched, another is seen with a scar on her wrist (apparently from self-cutting), and another gets his pants pulled down (his boxers are seen). ***Mild Spoiler*** A character has a health scare and ends up in the hospital. ***END SPOILER***

There is no drug content on display, but a reference is made to “pot” and mention of a couple being “stoners.” Alcohol consumption is frequent and gets quite a bit of screen time, including the consumption of some hard liquor. Some of the negatives in “Love the Coopers” include briefly seeing a character vomit, another saying that she doesn’t believe in marriage, and quite a bit of lying amongst characters. Some crude humor includes a moment of flatulence and mention of a character getting diarrhea.

Spirituality is at a minimum, but it is refreshing to hear some Christmas carols sung and characters wishing each other a “Merry Christmas,” instead of “Happy Holidays.” However, a character takes a cheap shot at faith and religion, and the topic of Evolution is debated between two characters. A prayer is said at the dinner table, but the character goes on to say “Dear Lord… or whoever You are” out of consideration for an atheist. Another makes mention of something being “The Christian thing to do.”

Despite the numbers of messes on display in “Love the Coopers,” the emphasis on family love plays a strong theme in the story. However, this heartwarming theme tends to get all jostled up by the messy storytelling and layers of profanity and suggestive material. 1 Thessalonians 5:11 comes to mind, though:

To a degree, this verse can be applied to “Love the Coopers,” but, at the same time, I began to feel the many dysfunctional family themes overpowered the true moral root of the story that the filmmakers were trying to convey. Characters may begin to realize that they need to live in the moment, be open to the fact that there is a God who loves us, and that marriage and family are a beautiful thing, but when you try to combine so much good with so much bad you not only get a mess of a story but a very confusing message.

“Love the Coopers” tries to come off strong, as yet another comedic family Christmas film, but with its mature themes, profane language, and suggestive humor, it is definitely not a film for younger audiences. Overall, I do not recommend “Love the Coopers,” not just because of its language and suggestive material, but because it is just, all together, a very messy movie. This film about family is not family-friendly, and the story itself never really takes off, leaving the audience in a constant state of confusion. Sure, the film has its positive messages, but it certainly feels like the filmmakers could not make up their minds on where they wanted the story to go. From too much drama to too much comedy, “Love the Coopers” wastes a very talented cast and provides its audience with a very bumpy ride filled with a poor blend of comedy and family drama.

It may be that time of year to start getting ready for Christmas and watching your favorite holiday films, but “Love the Coopers” is definitely one to avoid. Taking a look at the true meaning of Christmas and the spirit of the season through beautiful stories such as “The Nativity Story”, “A Christmas Carol,” and “It’s a Wonderful Life” are much better and safer alternatives.

For to us a child is born, to us a son is given; and the government shall be upon his shoulder, and his name shall be called Wonderful Counselor, Mighty God, Everlasting Father, Prince of Peace. —Isaiah 9:6

Positive
Positive—“Love the Coopers” is a fun heartfelt Christmas movie. But it does have language, and the sexual is a lot of kissing and making out.
My Ratings: Moral rating: Offensive / Moviemaking quality: 5
Alicia, age 22 (USA)
Comments from non-viewers
Negative—I haven’t seen this movie yet, due to not having that much zeal for the film, I’ve watched the two and a half minute trailer, and it looks partly funny, but trailers can be misleading. Judging by what the reviewer has said about this cine, I’m surprised it has a lot of sexual content, for some reason I wasn’t expecting it to be that bad, but it sounds terrible. I was contemplating going to see it at my local cinema, but I’m not going to waste my money. The worst comedy motion picture I saw at the movie theatre was “Bad Neighbours” starring Zac Efron, now that was a hideous movie with extreme sexual content and sex scenes, “Love The Coopers” can’t be as bad as that, but, regardless, I’m thankful for this Christian review site, it helps me to decide whether to waste my time and money.