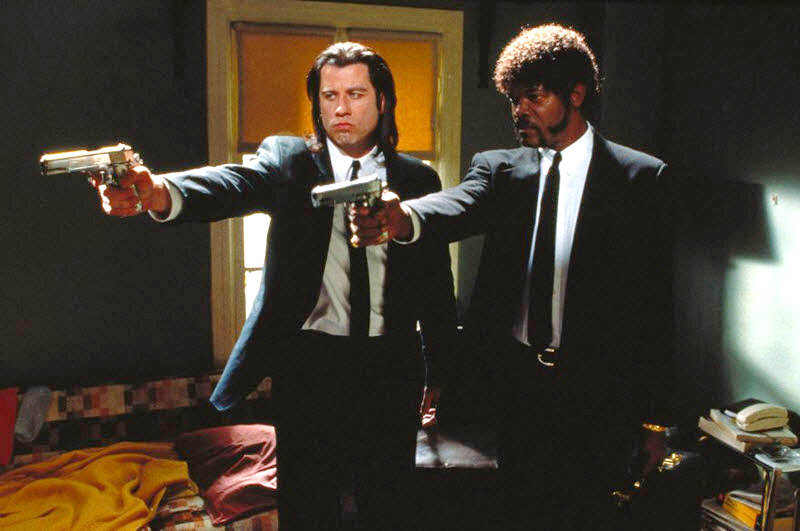 for strong graphic violence and drug use, pervasive strong language and some sexuality. 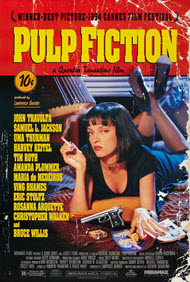 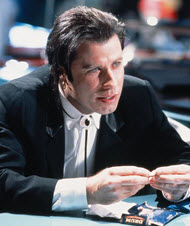 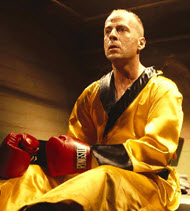 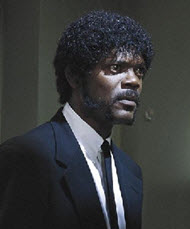 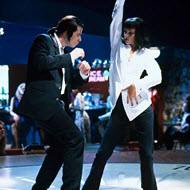 Is it okay to glorify assassins, making them seem cool, rather than evil and abhorrent?

Murder and death in the Bible 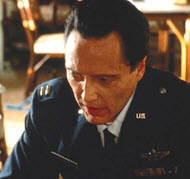 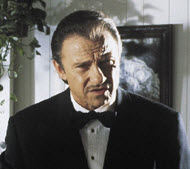 Sin and the human depravaity / Compare to goodness and righteousness

Use of continual vulgar and profane language 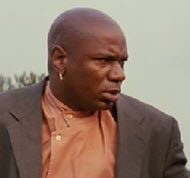 Rightly famous for being nonlinear, this film probably has four or five plots. A few of them merge at the end, but most of them are rather random and left me wondering where the film was going. The plots themselves are averagely interesting, but drawn out needlessly long by dialog. That dialog is another thing it is famous for. Maybe it is witty, but much of it is irrelevant. I found this boring, but I guess most people enjoy it. The camerawork and variety of sets are impressive, but overall, the film lives up to its title: the definition of pulp fiction is cheap fiction magazines that were published throughout the early 20th century. They were known for being cheesy. This film, named after them, feels like a silly comic book that serves no purpose but to burn time.

There is some occasional crude sexual dialog, and one scene shows sensuality between unmarried characters who live together. But one of the most disturbing scenes shows a character being raped for a few seconds, partially obscured. There is no nudity, but motion is visible.

There are actually very few scenes of violence, and they weren’t nearly as gory as I expected. I was expecting to see blood spurting everywhere in slow motion, as Tarantino has done in some of his other films. Nevertheless, the violence in this film gets very strong. Bullet wounds are shown. A man is slashed across the chest with a collector’s sword, and we see the wound. A man is accidentally shot in the head in a car, but it only shows the back windshield getting covered in blood. After that, the two remaining characters have blood all over their hands and clothes. Then they have to cover up the incident, and the situation is played for laughs.

There is also extreme drug content. Drugs are shown being exchanged, prepared, and used—all close up. It shows all the details of how to use heroin. Later, a woman mistakes the heroin for cocaine and overdoses. The effects of this make up a large scene.

This film reminded me a few films I reviewed last year. “American Ultra” was entertaining, but had too much language and gore. “Pulp Fiction” made me wish I was watching that one, because at least it had some sense of morality. The film “Dope” was filled with gross immorality, but at least it was inspiring. The only emotion I felt while watching “Pulp Fiction” was anxiety for the film to be over.

All that said, “Pulp Fiction” ends with a supernatural “act of God” (I won’t spoil the details). Jules, one of the gangsters involved, sees this and ends his life of crime to help people in need. At one point, Jules tells his partner not to misuse God’s name, but then does it again later himself and shows no sign of regret. Ultimately, murder, rape, and adultery are the only things this film portrays as wrong; all other forms of depravity are portrayed as fine.

The “redemption” at the end of the film did not mean anything to me, because of all the salacious material that came before it. Even the verse Jules meditates on is not actually in the Bible. However, there is no doubt that the moral is very unique. Jules has a radical transformation, which is unexpected, and therefore is somewhat moving.

Because of the divine intervention at the end, I was initially confused about whether to rate this film “Extremely Offensive” or just “Very Offensive.” To solve this problem, I asked myself, “Is there any circumstance under which I would (or could) recommend this film?” I knew the answer was no. The story’s moral is found in many beautiful places, from Bible passages to other films. One of the most desensitizing films I’ve ever seen, “Pulp Fiction” is a mess in almost every way.

Comments from non-viewers
Negative—I have never seen the Quentin Tarantino movie “Pulp Fiction,” but I have read enough and seen a couple of cut scenes on YouTube to have an idea. While Jules does learn to quit the gangster lifestyle after a near-death experience (a criminal’s gunshots miraculously miss Jules and Vincent), the depiction of sin is so great that I cannot watch it or recommend it.

The only positive thing I know of with “Pulp Fiction” is that Brett and his friends’ actions give a good warning to not get involved with gangsters and Vincent dies by violence after refusing to repent of it, despite Jules’ insistence to quit the gangster lifestyle.

To anyone who worked on “Pulp Fiction,” please repent and trust in Jesus, the son of God for the salvation of your soul and the forgiveness of your sins (Romans 10:9, Acts 16:31, John 3:16).