for disturbing thematic content and behavior, violence and some language. 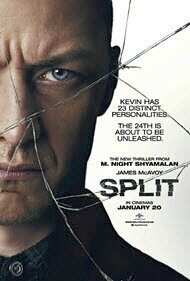 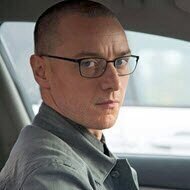 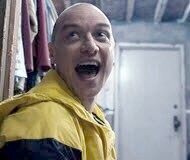 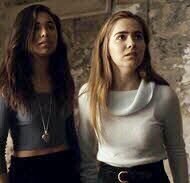 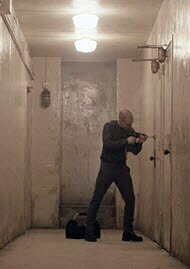 Sin/evil and the fall of man (depravity)

Satan, devil and demons in the Bible 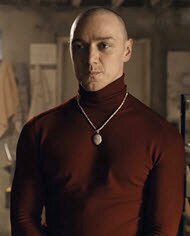 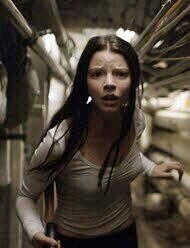 Dangers of modern secular psychiatry based on atheism, evolutionism, and secular humanism

Evolution or Creation: What difference does it make? Answer

What is Secular Humanism? Answer

• “VOTING” FOR MOVIES—Every time you buy a movie ticket or rent a video you are casting a vote telling Hollywood “That’s what I want.” Are YOU part of the problem? Answer

This story begins at a teenage birthday party for young Hannah (Kim Director). She, along with her friend Claire, is asked, when her dad arrives, to offer Casey a ride back to her home. Reluctantly, Hannah extends the offer and, reluctantly, Casey takes the offer. As the three girls get in the car, they notice a strange man (Kevin) pop into the driver’s seat. Without warning, the girls are sprayed with knockout spray and are abducted.

When the girls wake up, they realize the danger they’re in and try to call for help. The strange man (James McAvoy) appears in their room. He says his name is Dennis (Dennis IS Kevin). Dennis tries to take one of the girls, but with no success. At a second attempt to scream for help, they notice a woman outside their door. They’re saved right? Wrong. She introduces herself as Patricia. The girls come to realize that Kevin is Dennis, Patricia and, later on, a young boy named Hedwick. In other words, they are dealing with someone who with multiple-personality disorder (he, in fact, has 23 separate personalities, trying to take control over the real Kevin).

The girls must make their escape and soon, before they meet Kevin’s final personality… “the Beast.”

Like James Wan, Shyamalan’s technique in producing successful films is to scare at a deeper level than the traditional “who’s-behind-the-corner” act. Rather, Shyamalan often tries to scare the viewer through anticipation and sometimes through means of disturbing the viewer on a psychological level (rarely graphic).

Which leads me to “Split.” Knowing Shyamalan’s previous works, I would have to say this film is his darkest and most DISTURBING to date. I would even go as far as saying this film went too far in the latter category (more about that in the Content section, which I suggest you read with caution). I walked out scratching my head, wondering “Why did he have to take the film THAT far in that direction?” In my opinion, there are some areas that directors should consider off limits.

Sexual Content: Hannah and Claire, and later Casey, are forced by “Patricia” to remove their clothing and are seen in nothing but their bras and panties (and even when Casey is wearing a shirt, we can see through it). The psychiatrist who treats Kevin mentions one of his personalities likes watching young naked girls dance. There are some mating references, as well as another graphic discussion the psychiatrist tells Kevin about an event where girls pulled his hands and made him touch their breasts and then ran away as a joke. The most disturbing of all of this, however, is that during Casey’s flashbacks, it is shown that Casey was molested by her uncle (often), when she was a little girl. We see her scars, and we find out later that her Uncle is now her legal guardian. Another disturbing scene includes Hedwick (aka Kevin) waking up in bed next to Casey (on their sides). Other content includes a nude water painting. One female character is shown having previously “pee-ed herself” to avoid being taken by “Dennis.” We don’t see her do it, but we see her wet skirt after she returns.

Violence: Kevin gets hit in the head by a chair and also wacked in the face. ***SPOILER*** The Beast squeezes and crushes a character’s ribs, killing her. Two characters are seen being eaten by the Beast (we see their internals organs briefly). ***END SPOILER*** A character is shot in the chest a few times. Casey, as a young girl, is shown aiming a shotgun at her uncle; she does not fire. There are scenes involving blood and someone is stabbed, unsuccessfully.

There is a scene where Kevin’s psychiatrist is giving a lecture to a workshop at a college, by means of Skype. She references the idea that perhaps people with multiple personality disorder should not be viewed as “inferior” or “lower” than people who don’t have it, but rather as having (I’m paraphrasing here) “evolved their minds, where they are able to use every part of their brain at the same time; they are, in fact, gifted people.”

Walking out of the theater tonight, I stated to someone that “Split” left a bitter taste in my mouth. While there are some terrific performances by James McAvoy and the girls and the filmmaking quality is fairly good, this film is FAR too disturbing, at times, for a recommendation. It’s DEFINITELY NOT for children, and I even heard some adults in the theater tonight gasp at certain moments. This film could have easily earned a solid R-rating. I urge you to avoid this one.

In a world full of darkness and depravity, seek the Light.

Positive
Positive—Okay, I haven’t been sure exactly how to say this, but I feel like it needs to be said. Just because one viewer found a movie disturbing does not make it “very offensive.” Putting mature elements in a plot does not equal morally repugnant content. The most morally questionable thing about this film, in my opinion, is the secular approach to psychiatry.

Now I get that there’s a right and a wrong way to portray those evils. I’m pretty sure most slashers don’t condone evil, but they portray it in an exploitative manner. Not so with “Split.” The reason for this film is not gore, but the plot. I personally thought the plot was very well-executed; I know some will differ, but you have to admit that the premise is original. See all »

The twist ending, which I won’t spoil, gives even more credibility to the fact that the movie isn’t just meant to be disturbing. I mean, come on, the most disturbing thing in the movie happens off screen; we only know what’s happening through sound effects. This demonstrates discretion and restraint on the part of Shyamalan. That’s not to say that the film didn’t still go a little further than I was comfortable with, but again, that’s just my opinion.

And I can see how many viewers would be pretty freaked out just by the premise alone. Some viewers can handle movies about bizarre mental illnesses, and some can’t. Therefore, any recommendation of this film I would give would come with strong caution. But that does not make it morally offensive. On a side note, the sex/nudity is NOWHERE NEAR extreme. Maybe moderate to heavy, IF that.

On another side note, “The Happening” (Shyamalan’s only R-rated feature) was MUCH more graphic and gory than this, and did somewhat rely on that (though not entirely) for its scare factor. But I don’t see it being held up to such standards. That’s probably because it’s hard to be disturbed by such a terribly made film, but it is the motives behind it that we must judge it by.
My Ratings: Moral rating: Average / Moviemaking quality: 5

Gabriel Mohler, age 27 (USA)
Neutral
Neutral—Just finished watching movie “Split.” Watching this reminded me of the man in the Bible (Mark chapter 5) who had a legion of demons cast out of him by Jesus into swine which then ran off a cliff into water and drowned. I really have liked this director’s movies and, for all other aspects of the film, it is a most excellent movie. Was a huge fan of “The Village” among others!

However, this just reminds me that we live in a sinful, broken, fallen world in which the enemy uses movies such as these to confuse uninformed non believers into inviting demons and oppressive evil spirits into their minds, without even being aware of it. I would caution all Christians who view this to pray before—to view through the lens of Christ!!!
My Ratings: Moral rating: Extremely Offensive / Moviemaking quality: 5

Misty, age 32 (USA)
Negative
Negative—This movie is HORRIBLE! Greatly disturbing. I can not sleep tonight because of the content. It should have been rated R. I watched it because I wanted to see the new movie coming out called “Glass,” a sequel to “Unbreakable.” Someone said you must see “Split” to understand “Glass.” Because of the horror in this movie, I will not go see “Glass.” Do not go see this movie.
My Ratings: Moral rating: Extremely Offensive / Moviemaking quality: ½

Movie Critics
…unhinged new mind-bender is a worthy extension of his early work. …Shyamalan’s goal is to keep us guessing, and in that respect, “Split” is a resounding success…

Peter Debruge, Variety
…the increasingly grim story of a demented, mentally tortured maniac who abducts and strips teen girls with the ultimate goal of—spoiler warning—eating them.

Bob Hoose, Plugged In
…“Split” is as disconnected and disjointed as its lead’s multiple personalities… at just under two hours the whole production overstays its welcome, and isn’t really as clever as the director would have us believe… [2/4]

Chris Knight, National Post [Canada]
…It is a full and satisfying film… James McAvoy is 23 shades of creepy… [4/5]

Jordan Hoffman, The Guardian (UK)
…arguably the director's most satisfying picture since “The Sixth Sense”…

Germain Lussier, Gizmodo Australia
…delivering a relatively conventional yet contradictory thriller… The finale is more “meh” than you’d expect and the twists and turns invalidate much of our investment. …

Scott Mendelson, Forbes
…deeply unpleasant until the surprising, exciting finish. It’s hard to call a movie centered on the endangerment of young women a crowd-pleaser. …

Ted Baehr, Movieguide
Comments from non-viewers
Neutral—Thank you for the review. It does sound quite dark for M. Night Shymalan, and I appreciate the heads up. Given that it was PG-13, one of my kids asked to go, and I said no, not until I saw it. PG-13 has such a wide range of objectionable content. I’m glad I didn’t take her. One thing about the review… by giving details about the Beast specifically, it gives away some of the movie. A heads up that there are spoilers would be great. I feel as if I know the ending already. Hopefully M. Night returns to his older styling of captivating without needing to gross one out.