for language and some crude comments. 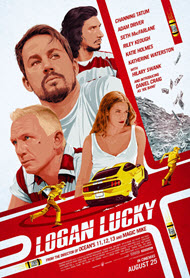 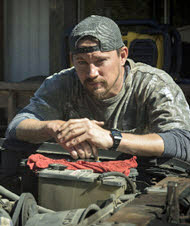 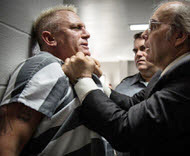 About robbery and stealing in the Bible

About the justice of God 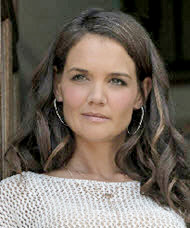 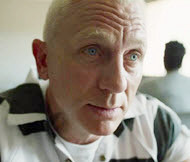 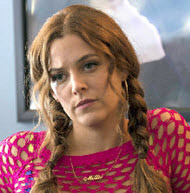 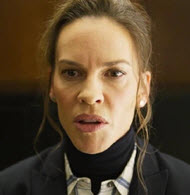 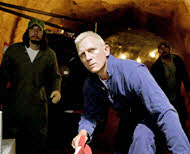 Steven Soderbergh is back from retirement with another well-paced heist adventure. Only this time, a gang of rednecks with nothing to lose is robbing the Charlotte Motor Speedway! In my opinion, “Logan Lucky” is even more entertaining than “Ocean’s Eleven.” It’s funnier, more inventive in its methods, and let’s be honest: rednecks are just fun people, and I mean that in the best of ways. And while this film has its share of content issues, I think its noticeably better than “Ocean’s Eleven” on a moral level.

First of all, I will get the “usual issues” out of the way. The sexual content is moderate. A man appears shirtless in one scene, removing his clothes in the back of a car for a non-sexual reason. When the driver “peeks” in the mirror, he rebukes her. There is also a reference to female privates. Daughter in underwear sprayed with tanning solution, kissing, cleavage, woman wears tight small shorts, another wears a top with bare abdomen, plus shirtless men.

The violence is mostly slapstick, with some rough but bloodless fight scenes, some non-fatal car crashes, and some hilarious pratfalls during the heist. One man is seen with a black eye, and another with bandages on his face. One of the characters is also missing an arm. Seeing that might be upsetting to young viewers, young viewers shouldn’t be watching this film at all.

I found the film very entertaining. I never grew tired for a moment. The story is strong and the visuals are spectacular. But the real “bomb” of the film is the acting. Channing Tatum and Adam Driver couldn’t have been better leads, and Daniel Craig is the funniest character I have seen in a film all year. Seth MacFarlane’s character doesn’t have much screen time, but it was fun to see his talent used in a non-raunchy film. Some other actors that manage to be memorable without much screen time are Katie Holmes, Hilary Swank, and child actress Farrah Mackenzie.

Since the ending of “Ocean’s Eleven” totally glorified casino robbery, I was curious to see how this film would handle the subject. In nutshell, I was satisfied. It “redeemed” Soderbergh’s previous take on heists, so to speak. One of the robbers also regrets what he did without being caught, and seeks redemption.

Still, even in heist films where the bad guys get caught at the end, viewers should always be cautioned that it’s easy for your heart to start to side with villains when they appear to have “hearts of gold,” and the story centers on them. Just remember that, while it’s okay to be entertained by the story, you should be hoping that somewhere along the way the inevitable consequences will catch up to them. And without spoiling anything, I believe this film sufficiently established that. I will write a spoiler paragraph below for those who desire more details.

***SPOILERS*** After getting away with the money, the leader of the robbers realizes that he shouldn’t steal to provide for his daughter, at the expense of being a good example. So he leaves it in a truck in a parking lot and anonymously tells the police where it is. However, it is also revealed that he paid the other members of the gang with some of the stolen money. A few holes in the gang’s plan makes them strong suspects to the police, and there is also an unexpected witness who testifies against them. We never actually see the gang get caught, but it’s strongly implied that they will. The closing scene shows one of the officers, who is determined not to give up, going undercover in their bar to try to bust them. Thus, the film has a “the chase goes on” ending.

The important thing, to me, is that eventually the film does establish the message that crime doesn’t pay, even if there were good intentions. ***END SPOILERS***

Like its characters, this film is rough around the edges, but still manages to show some sense of integrity in the end. I can’t stop you from seeing it, if you think it’s worth your time, but if anyone recommends it to you, it won’t be me. I don’t think it’s quite good enough for me to give it an official thumbs-up on behalf of Christian Spotlight. Still, I will say that it’s undoubtedly one of the better heist-comedy films out there, and maybe even one of the better secular films I’ve seen in a while.

Negative
Negative—I am not sure what this film is trying to be. Is it a satire involving the “red neck” elements of our society and their culture, or does it simply depict the rural and uneducated segment of the American population? As clever as the film is—and there is a certain sophistication in how the caper is conceived and fulfilled, as well as the interesting casting and acting—I found it sad to think that people live such immoral, shallow, miserable and empty lives.

Lying, stealing, anger, vengeance, disrespect for authority are abundant in this movie. I suppose those themes lend themselves to a movie that is about a heist. It was disappointing for me when one character said that NASCAR represents the heart of America, or something along that line. Really? Is that the best that America has to offer? A far cry from the greatest generation that fought for freedom and better life for all.

I watched to the end, but grieved that such shallow and senseless movies are being made. Only marginally entertaining for me.
My Ratings: Moral rating: Offensive / Moviemaking quality: 5

Comments from non-viewers
Negative—Nice review. I’ve been interested in seeing this movie for a while, but now I definitely don’t want to. It doesn’t seem like a family-friendly, feel-good kind of film—no surprise, very rarely do they ever make a movie that’s both clean and interesting nowadays. A show such as “I Love Lucy” proves that you don’t have to be dirty, vulgar, or perverted in order to entertain and make people laugh out loud. I turn my thumb upside-down at films like“ Logan Lucky”—looking so promising and exciting, only to be tarnished with unneeded trash talk and rudeness between one another. It’s sad how movies like this actually reflect how some people behave and talk in real life. Not something you’d want to be influenced by.