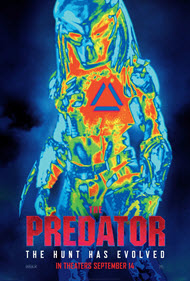 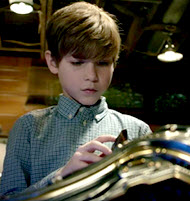 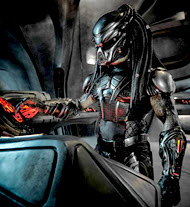 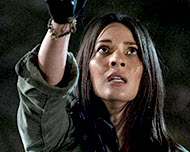 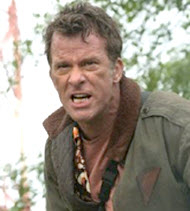 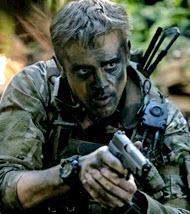 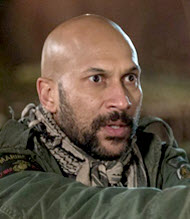 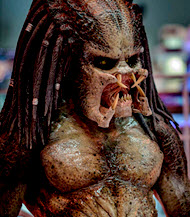 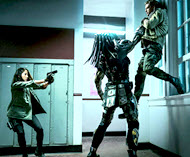 “The hunt has evolved”

“The Predator” is one of a series of “franchises” among the sci-fi/horror genre. However, it has never had as good a reputation as the “Alien” franchise to which is a distant cousin (even sharing some horrible cross-over films). When news of a new Predator film was announced, it was assumed that this would be a reboot or “reimagining.” Oh, how we could wish it was, for “The Predator” films have shared the unique distinction of having each film become worse than the last, even when it seemed impossible.

The “plot” of “The Predator” is simple enough. An alien predator arrives on earth and begins killing humans. When it is captured it is taken to a science facility to be studied, but it soon escapes, killing people in its wake. In a plot twist, however, it turns out the Predator is actually being hunted by another larger, bigger, and tougher Predator. Apparently the first Predator, despite slaughtering countless humans, was trying to help us (the plot hole is never explained). Now our anti-heroes (a group of psych ward escapee warriors) must hunt and kill a super giant Predator.

Let me begin by being perfectly clear. Even from a non-Christian secular point of view, this film is horrible. I don’t mean bad, I mean terrible. It is a refuse of decaying excrement being eaten by maggots (and that is generous). From a Christian standpoint, it is worse.

Let us begin with the inevitable violence. We expect a Predator movie to be violent, but one of the opening scenes typifies how violent. We see a man who is hanging upside down in an alien trap, sliced in half. We then see close-ups of his internal organs and intestines falling out and dropping down on top of the alien. This is just a single example of the kind of gory shock value that the director tries throughout the film. It is not artistic, not plot essential, and does nothing but appeal to the basest of human instincts. The amount of violence in the film is far more than needs to be described as this example will serve as ample warning.

Next we move to the language. Honestly, even from a purely secular standpoint, the language is so over-the-top and extreme that it is impossible to even follow the dialog. When you have ten adjectives for ever noun and verb, it literally gives you a headache to even understand what they are talking about. When you do realize what they are talking about, you wish you didn’t. The amount of vulgar language and comments are so extreme that I would guess only 50% of the vocabulary words in the movie actually form coherent sentences (and by “coherent” I mean only subject-verb-direct object, since most of the dialog is irrelevant and incoherent even when you do understand it).

This leads to the next issue, sexual perversions. There is no nudity or sex on screen (despite the fact that there is a scene where the lead actress is supposed to be completely naked), but the language cited above often involves extremely crude and disgusting jokes of people’s mothers, homosexuality, and even bestiality. This dialog is interlaced throughout the film.

Do we need to say more? Yes. Let’s talk about racism. Apparently, when Hollywood uses the N-word it is okay. Apparently, when a leftist makes disgusting racist jokes, it is okay and the black characters in the film laugh along with the Whites and Hispanics. As Christians, we know that are no different “races” among men. We are one race, humans. Differences between men are not the product of Darwinian evolution but segregation causing a reduction in the gene poor. This leads to the false science in the film.

Yes, we all know that Science Fiction films are often filled with bad science and clichés, but some of these clichés enter our consciousness through osmosis. The term “spontaneous speciation” is virtually invented in this film. Speciation (the idea of new species arising) contradicts the fact of “genetic reproductive isolation.” In other words, two different species cannot produce living offspring (hybrids are sterile and technically not separate species, but this is another argument). The point is that idea of a new species of Predator being instantly created by cross-breeding is a bad cliché in Science Fiction, and completely at odds with real science.

Finally, let us come to Christian content. Yes, believe it or not, there is a “Christian” in the film. One of the psych ward prisoners is said to be a Bible thumping believer, but he is not portrayed as one other then claiming that they are experiencing End Times and the creature must be one from Revelation. Of course the others laugh and make fun of him (as they are also mocking the Bible), but even more disturbing is that this “Christian” acts the same as the others. He cusses every other word, makes crude sexual comments, and behalves as poorly as the other characters in the film.

There are still other issues, such as the promotion of the homosexual agenda, but this review would be endless. Perhaps it is best to conclude this review with a warning… this film ends with a blatant lead in for a sequel! Yes, be warned… they want to make a sequel to the worse Predator film yet. Is it possible to get worse? Doubtless Hollywood will try its best (worst).

In summary, avoid this movie at all cost. Do something less painful, like having a colonoscopy, or having that tattoo you regret having removed. Better yet, read the Bible and spend your time with something redeeming and uplifting.

Comments below:
Neutral
Neutral—Okay, the Syfy lover in me loved this movie—had everything you could ever dream of: violence, monsters, blood, but on the Christian side of me can’t exactly feel right recommending this due to near constant profanity and gore. If you don’t get easily offended by that, then I say go right ahead see it you’ll for sure enjoy it
My Ratings: Moral rating: Offensive / Moviemaking quality: 4

Chris, age 29 (USA)
Negative
Negative—Yes. If you love to be offended on every level, this movie is for you. The language, the writing, the acting, all poorly done (to put it mildly). Bad, bad, bad. My husband and I went to see it the day after it opened. Mistake. We usually wait to read some other’s reviews, but he is a real fan of the previous Predator movies. I saw them with him, but this new one doesn’t compare. It is simply filthy dialogue wrapped around a sophomoric plot. Won’t make the same mistake again. We’re not prudes and don’t shrink back over a couple of cuss words but this was way over the top.

It seems to be a trend in Follywood today to try to outdo the last sleezy production. More foul script, more blood and gore must make for more cash in the pockets of conscienceless film producers. If we would quit paying to see this garbage, they would be out of business. Well that’s our take on it anyway. Yes, we’re seniors but that shouldn’t make any difference. Any age group should be able to go pay money to see a movie without being grossed out.
My Ratings: Moral rating: Extremely Offensive / Moviemaking quality: 2½

Jan, age Over 50 (USA)
Negative—As a Reformed Baptist, I truly felt ashamed after viewing this cesspool of four-letter-word trash. I am a retired music teacher who worked in the USA (being a Mexican citizen) and truly felt offended by the producers abuse of a 12 year old Canadian actor (Jacob Tremblay) by allowing him to be part of the offensive language that permeates the whole film. Let alone the violent contents of the subject, this true satanic reincarnation on screen should leave a serious Christian viewer in a very disturbed state of mind.

My big question is: where are the values that made the USA a great nation? This film goes against everything a devout Christian has learned in the daily walk to glorify our Creator. Please, do not support this film by attending paid performances and try to abstain viewing it online.
My Ratings: Moral rating: Extremely Offensive / Moviemaking quality: no opinion

Edmundo Diaz Del Campo, age 71 (Mexico)
Negative—This movie was awful. Just awful. I’ve lost track of how many Predator movies there are, and, while I was never a huge fan, I’ve seen a few because my husband likes them. This one is such a B-movie. There are some recognizable actors, but it doesn’t help. The main character is unlikable and weak in the role. He comes across as a jerk, a dead beat dad and husband and does not have any likable qualities.

The female lead… is her character supposed to feel she fits in and is tough, if she uses extremely crude language? In Predators (a previous film in the franchise) you have the tough female. This one is one who starts off appearing out of her element, but then spouts off the crudest language and decides she will stay and hang out with these rag tag military men. Completely unlikable and not tough.

The boy, on the autistic spectrum, does not play the role well. The repeated wiping of the nose as a type of tic was annoying. His autistic behavior seemed turned on one minute, then off the next, whatever suited the movie at the time. He should have also been the one to save the day. Given his intelligence and how he was able to understand the complexity of alien technology, I was surprised to have it not end with him figuring out how to defeat the threat.

The language was so crude in this film and repeated over and over. This was an awful remake, not even worth the $1.75 if you rent it from Redbox. Don’t bother. Weak story, unlikable characters, disgusting language.
My Ratings: Moral rating: Extremely Offensive / Moviemaking quality: 2