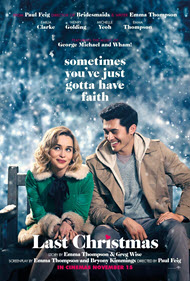 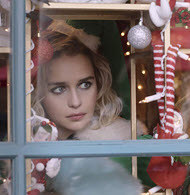 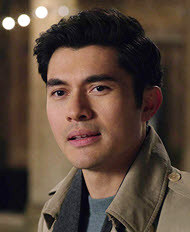 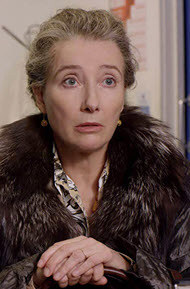 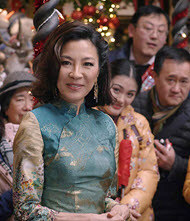 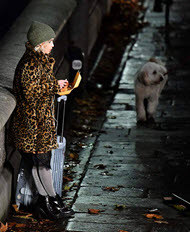 Selfishness / self absorption / carelessly hurting other people / fall of mankind

The self-destructiveness of sin

Heavily self-focused women who party frequently, drink too much, and sleep with multiple men (strangers) 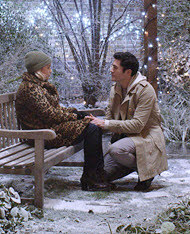 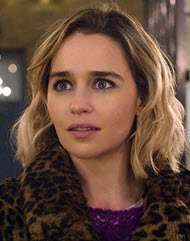 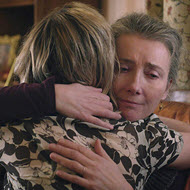 CHURCH—Why should Christians go to church? How important is it? Answer

Heart transplants / being a receiver of a donated heart 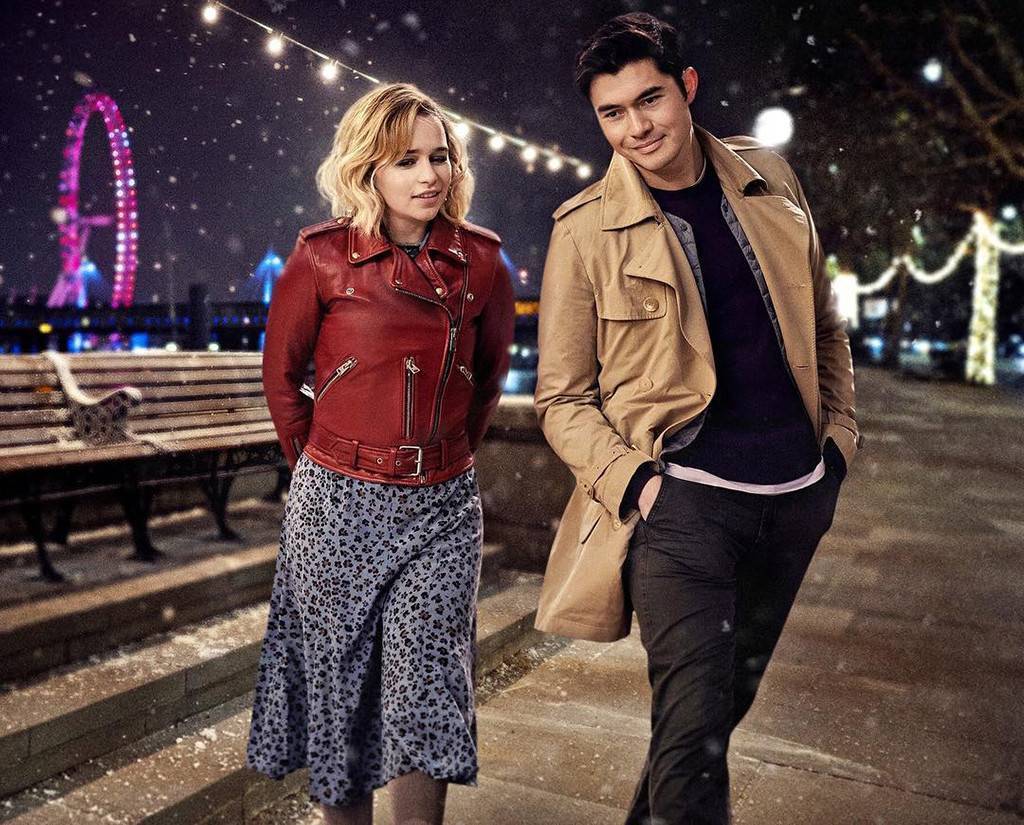 Christmas is the time of good cheer, egg nog around the fire, decorating gingerbread houses… and watching sweet, romantic, feel-good holiday-themed movies with your loved ones. Though “Last Christmas” tries to jingle with the holiday spirit, it just doesn’t have enough of the right kind of magic.

Kate (Emilia Clarke) has a long history of bad decisions. One night stands? Been there, done that, still doing it given half the chance. Booted out of her flat for not paying the rent? Yup. Forgets to lock up at the store? Oh, yeah. Decked out as a cheerful green elf year-around hasn’t quite managed to keep her life on track, much to the distress of her boss, officially known as “Santa” (Michelle Yeoh). But at least it brings Tom (Henry Golding) into her booze-soaked hemisphere.

The cheerful, fun-loving young man does everything Kate doesn’t, including slowing down to smell the holly and take an interest in the people around him. He even volunteers at the homeless shelter several times a week. He encourages Kate to stop being so selfish, and look around her. Which, she has to admit when she’s forced to go home and face the humiliation of her mother knowing she’s failed yet again, doesn’t sound half bad. There are lots of things she can do to “fix” her life, right? But… to do it, she’s going to have to confront something she does not want to confront: the mistakes she has made, and the event that changed her life. And somehow, she has to figure out how Tom fits into it.

On paper, this movie sounds great. It’s about a selfish, confused young woman who matures into a better person. She, in a sense, finds the light… but, in true secular fashion, there’s no Jesus involved. There is, however, an interesting twist. I don’t want to spoil anyone for it, but some Christians might take issue with it, so I’ll include it as a spoiler paragraph at the end of this review. Kate is a likable heroine, despite her faults, and she has an abundance of them. She drinks, sleeps around, and brings a guy to her friends’ home, in the process breaking their house rules. But as she opens up, and learns to care, Kate becomes more selfless and giving. She starts volunteering at the homeless shelter, she learns to recognize the love her family gives her, and she decides to do something worthwhile with her life. And that’s great.

Less enjoyable are the abundant content issues, the jokes at Baby Jesus’ expense, and that the film tries too hard to be funny, leading to a few truly cringe-worthy moments. Since Emma Thompson helped write it, I had high hopes for it, but it’s just not that memorable, despite her hilarious performance as Kate’s paranoid immigrant mother. (This may be a jibe at anti-immigration laws.) Many scenes reference Kate’s promiscuity (she wakes up in a guy’s bed, uses his shower – no nudity – and is discovered by his girlfriend). Kate puts the moves on Tom, but he does not reciprocate (she is confused as to why he simply lays her down and tells her to rest, rather than wanting anything more). A family makes lesbian jokes; in a flashback, a girl makes eyes at another girl in the church choir.

The violence is minimal (a woman drops a hairdryer into a fish tank, electrocuting the fish and blowing all the power circuits in the house). We see events leading up to a person being killed in a bus accident. Lots of British slang, profanities, and other terms turn up, along with Christ’s name being abused a half dozen times; God’s name is misused ten times. A long conversation revolves around a part of a man’s anatomy and how to say it in a foreign language. Kate gets visibly drunk twice. A woman lies to the police to cover up a mistake. Kate and Tom break into an ice skating rink. When hearing immigrants speaking a different language, a man screams at them to go home. A bird dumps into a woman’s eye.

Each year, several family-friendly streaming and cable networks turn out a bunch of clean romantic Christmas movies. I couldn’t help wishing, as I watched this, that this had been one of them. More commitment to the twist in a miraculous or divine sense and a little less content would have made this a memorable annual tradition.

***SPOILER*** The audience learns Tom is not real, but either a ghost or a figment of Kate’s imagination, owing to her having his heart. He died in the accident that gave her a new lease on life. Since many people who have received heart transplants exhibit unusual behaviors (interests, likes/dislikes changing, or taking up something the donor loved to do), it’s not a huge leap, story-wise, to believe Kate is taking on some of Tom’s personality traits. But for a believer, a more meaningful twist would have been Tom’s confirmed presence (the film never explicitly tells us whether he came back to help her or not) or an angel, sent to help her realize the meaning of her life.

Negative
Negative—I saw this movie this afternoon thinking, Oh it’s a Christmas film, how bad can it be? Unfortunately, I really disliked this movie, especially during the first half, although it improved for the second half. It took me a long time to figure out exactly what they were getting at as there was very little story line for half the movie. I think the main theme that was presented is that you control your own happiness and by helping others, you will become happy yourself. This of course is viewed differently by Christians and is only partially true.

I’ve rated it as offensive due to the use of Jesus” name in vain several times, rude references to baby Jesus contained in the film, and sexual content. Other negative content is that the sister is a lesbian, and they show her partner and discuss this.

A young woman named Katie, comes from a troubled family and also has been “ill.” Later we find out why her mother is so protective and the sister is so resentful. The family is from Yugoslavia (I think) and they struggle to adjust to living in Britain. In one scene we are shown prejudice when a man on a bus tells a couple to go back where they came from, and Katie encourages them and says she comes from the same background. Katie engages in fornication and heavy drinking. She seems lost, and then meets a young man who is different and they fall in love with each other. He keeps their romance above board, even though she wants to be more intimate. He shows her what true love is about, but he has a secret. It’s definitely not your typical Christmas romance.
My Ratings: Moral rating: Offensive / Moviemaking quality: 2½

Kathy Pj, age 59 (Canada)
Negative—I saw this movie last night. Cute for the secular world. Lots of using God’s name in vain. She falls in love with someone, but at the end you realize how Biblically incorrect it is. Without giving away the storyline, read up on who angels are and what happens when people die. Dead people do not become angels and you don’t get visits from dead people. The only spirits around are angels and demons.
My Ratings: Moral rating: Very Offensive / Moviemaking quality: 3

Secular Movie Critics
…This shameless attempt by screenwriter Emma Thompson to siphon off the eggnog flavour from “Love Actually” is clunky and weird… a grisly, sub-Richard Curtis festive pudding… [1/5]
Peter Bradshaw, The Guardian (UK)
…the script feels like a rejected first draft with unfunny filler one-liners and a scrappy, ill-thought through narrative. It’s a beautifully wrapped Christmas gift that’s filled with rotten turkey leftovers. …
Benjamin Lee, The Guardian [UK]
…It’s the coal in our stockings… A dragon-less Emilia Clarke plays Kate, a hard-living 26-year-old in London, who loves Michael’s music and uses one-night stands to secure a bed for the evening. As she’s kicked to the curb by one hookup’s peeved girlfriend, Kate yells, “Why is my life so s–t?!” …shoddy attempt to make a splash in the British romantic-comedy genre… [1/4]
Johnny Oleksinski, New York Post
…too precious and contrived to take wing… it’s forced…
Owen Gleiberman, Variety
…Clarke works hard to make the messy, perpetually flustered Kate relatable, but the film surrounds the character with a community as kitschy and false as the trinkets she sells in Santa’s shop. …
Pat Brown, Slant
…even the seemingly simplest moments—an intimate walk, a heartfelt talk — feel badly labored…
Manohla Dargis, The New York Times
…“Dull, Actually”… mopey… The banter is, first scene to last, awful. Delivering bad dialogue at top speed doesn’t make it better…
Roger Moore, Movie Nation
…holiday mush… a gangly mess… erratic humor that rarely lands… “Last Christmas” is not good. It’s not terrible, exactly, but it has the dismaying, tinny rattle of a thing not living up to its potential. …
Richard Lawson, Vanity Fair
…No holiday cheer in bonkers “Last Christmas”… All pleasures in “Last Christmas” are…slight. Like the Christmas shop and its baubles, it’s shiny and attractive and intermittently distracting, but it’s all just so much glitter on cheap plastic. It’s angling hard for holiday cheer, but there’s nothing more joyless than forced whimsy.
Barbara VanDenburgh, Arizona Republic