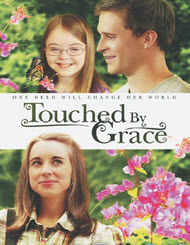 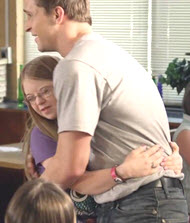 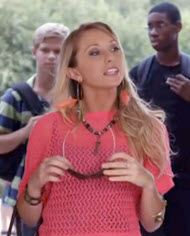 Bullying / Note: This film was inspired by real bullying events witnessed by real teenagers in their local high schools.

Hurt and consequences caused by insults, belittling, humiliation, and disrespect 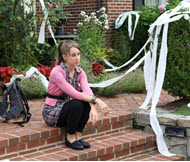 Popularity / longing to be a part of the in-crowd

Trying to impress others 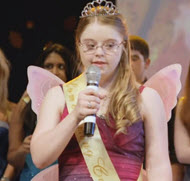 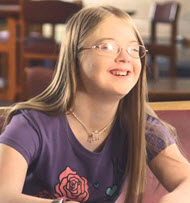 was drawn to “Touched by Grace” because of it co-starring a girl named Grace who has Down Syndrome, and I’ve closely cared for someone in that situation. It is a touching and honest story, well worth a look for young adults and possibly teens, but also difficult to watch in parts, as it shows nasty bullying behaviors.

The story is Cara’s—a high school senior who must move to a new town and find new friends. She is not particularly nice, nor has she had good friends, but she has not yet realized these sobering facts. A handsome and kind boy named Brandon catches her eye and, largely to impress him, she spends a lot of time with his other friend Grace, who is affected by Down Syndrome and connected health problems.

Sadly, due to influences from her mother, friends and own selfishness, Cara continues to allow prejudices to drive some of her behavior, with very difficult consequences for them all. When Cara is deeply touched by Grace’s amazing grace, and that of Grace’s God, the impact on Cara’s life will show the power of grace to redeem what had seemed ruined.

There are few down-sides to this film, so long as the viewer is prepared to accept it being a modest production with some amount of awkward or slightly unrealistic moments (e.g., classroom interactions) and less polish than we are used to from Hollywood. Yet I encourage you to keep watching and have grace for the makers, because the story itself is strong enough to override minor annoyances. However, I must warn that the primary topic is bullying, so it can be an unpleasant watch, and more than a few characters conduct themselves in a manner that is absolutely unfitting for a Christian or any decent citizen. If you are troubled by these, take heart, because this is a healthy sign that you care for people, have a thriving conscience and sensibly long for our world to be better than this.

Those viewers will feel sorrow who know what it’s like to be on the receiving end of insults, belittling, humiliation and even crimes of disrespect—such scenes are familiar and painful (keep reading for examples of insensitive phrases). Those who have loved a person who has a genetic condition may also experience anger at injustice. A pastor’s words at a funeral come across insensitively, as salt in wounds, easy to misinterpret and relating to political issues such as abortion, and people in tender situations may struggle with this. A crowd laughs at a much-loved childhood song of Christians. Also, if you are hoping to hear the full Gospel thoroughly explained, this is not done, but the way is instead prepared for you to do so.

Specifically, parents and discerning viewers should be warned that this film does include death, some scenes too scary for children, deception, crime (bullying and vandalism), heavy use of disrespectful teenage slang and expressions, a shouting argument followed by distressed sobbing, friendship manipulations and rejections, threats, medical peril/dread, shame and anxiety triggers (such as popping balloons, hospital rooms and humiliation).

At first, some characters show no guilt whatsoever about doing evil, and they do it for fun—this is what really happens among some teenagers.

Other references to appearance judgments or sex include “hot” (3+), “the most ripped guy,” “Is she hot?,” “Are you pregnant?,” “cute” (3+), and close but moderated dancing at Homecoming.

Here my smile widens, because in many ways this is a rather special and strong movie. It has integrity. It doesn’t sugar-coat the realities of life for families coping with disabilities and serious medical conditions. True beauty and ugliness are exposed, helping to teach young viewers about real lives behind the appearances of being ‘disabled’ or ‘talented’ or ‘cool.’ Producers haven’t shied away from including blunt statements about evil, human need for rescue from a morally-broken life (due to the consequences of all humanity’s sin in the world) and every important aspect of reconciliation. Healthy realization of sin, confession, atonement and forgiveness are superbly modeled, along with the reality that some consequences and regrets remain in this lifetime.

Reference is made to Heaven being opened to believers in Jesus. Viewers get to peek inside what happens at a youth Bible Study. A partial testimony is shown. So, theologically and relationally, “Touched by Grace” ticks a lot of boxes.

The only scene I felt was harshly presented was at a funeral—as previously mentioned—because of the timing, rather than content. This may be confusing to those unfamiliar with the Bible. If you look up the Bible passage mentioned—1 Corinthians 1:26-31—you’ll see that a person is not being insulted, but rather admiration is being expressed for how Jesus Christ can beautifully empower anyone who is weak, lowly, despised or foolish, in a way that means even the ‘wise’ are shown their shame, and we are all left with only Jesus to be proud of.

Another highlight is that the dialog and screenplay are very intentional and meaningful. All the main characters are wonderfully acted, at some key points—each personality shining distinctly. This performance at the actors’ and actresses’ absolute best adds to the story’s punch and our identification with Cara’s wrestling, and they somehow manage to never make lawless choices appear okay, nor do they distort the features of Christian life. Family life is also well portrayed, with some wise advice given, and poor examples are repented.

Overall, I can heartily recommend this film for young adults, though I advise caution for use with teenagers, as some debriefing is likely to be needed. It does touch on some potentially painful subjects such as grief, bullying and regret. The beauty of “Touched by Grace,” though, is that grace does shine, and so does Grace, and the reason is clear:

“For it is by grace you have been saved, through faith—and this is not from yourselves, it is the gift of God.” —Ephesians 2:8