Christmas on the Square 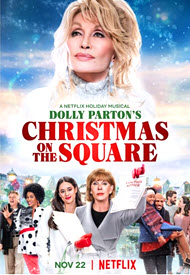 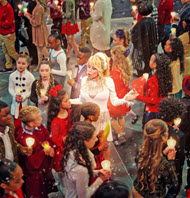 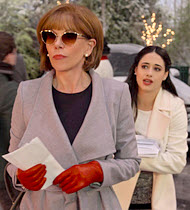 Embittered people who do mean-hearted things to others 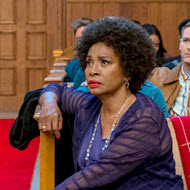 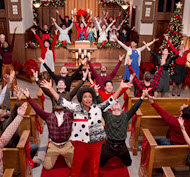 The importance of forgiveness

Learn about true angels of God

THE FEAR OF THE LORD— What is it? Why is it very important? Answer

The truth about Christmas 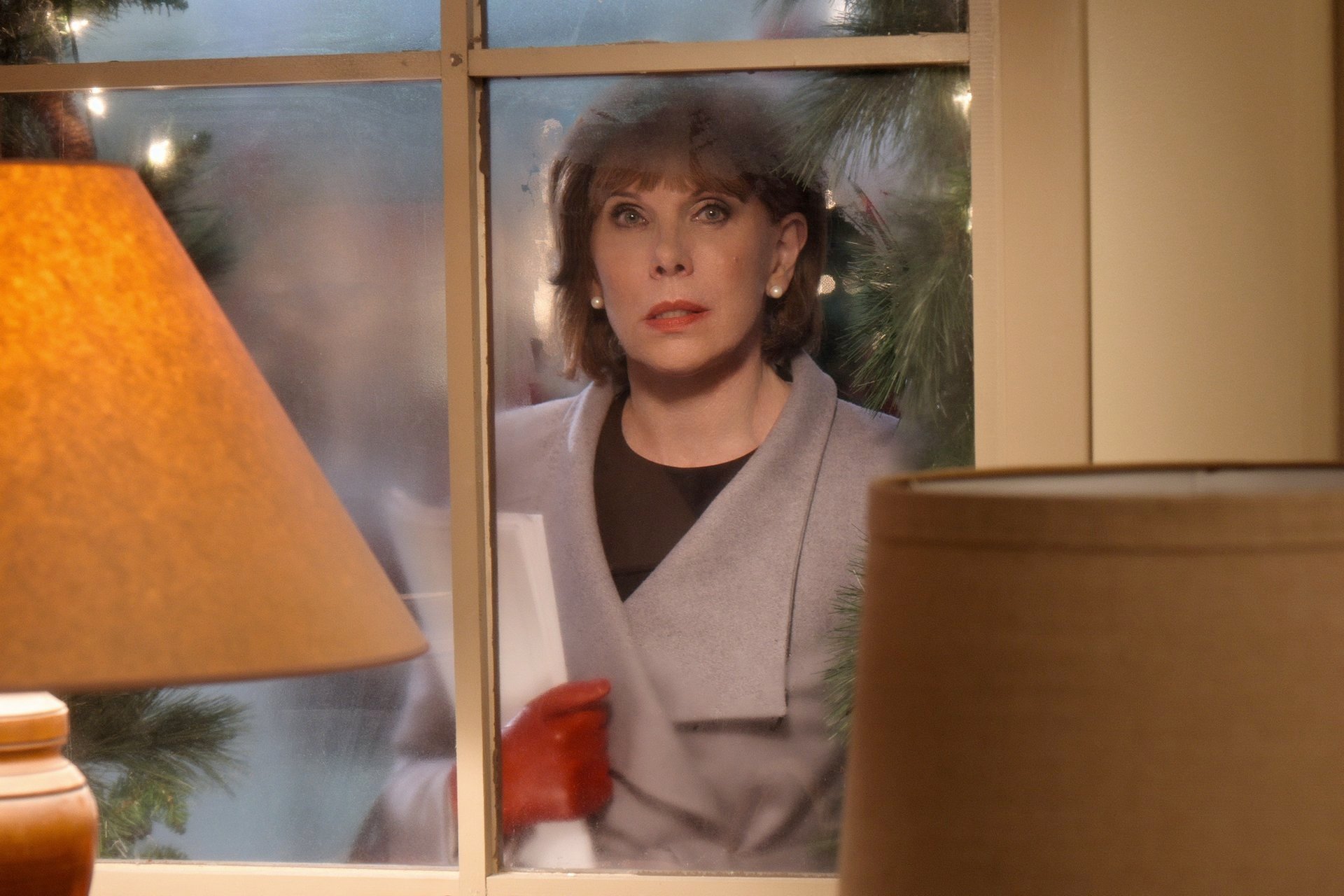 It’s Christmas. It’s a time for caring, sharing and kindness. But not for Regina (Christine Baranski). She storms into her hometown determined to destroy it and sell the land to a mall developer. In response to getting eviction notices from the modern-day Scrooge, the town’s inhabitants put together a strike to fight back. Of course, this ends up making things worse for everyone, as Regina demands they be out by Christmas Eve.

All hope seems to be lost. What’s it going to take to save the town now? Will the people be able to put together something in time? Or, will it take some form of divine intervention to set Regina straight? And is this whole plot based purely on evil motivations? Or is there something more personal at stake here for Regina?

The production quality of “Christmas on the Square” is solid, though it does lean more in the direction of Hallmark’s TV movies than a big-screen experience. The story moves at a decent pace, and the musical numbers mostly move the story forward in appropriate and moving ways. The second half of the film carries some well-executed emotional moments and twists. The production design, costume design and visual touches all convey a small town feel, while also having some obviously “stagy” elements as well.

As Regina, Baranski is very believable. She convincingly portrays her change in heart as the movie progresses. In the meantime, Dolly Parton is the perfect foil for Regina, as her positive enthusiasm contrasts nicely with Baranski’s serious tone. Jenifer Lewis and Treat Williams give solid supporting performances.

As for the songs, I have to say, Parton is such a gifted songwriter. She wrote at least 14 original tunes for this project. The stand-outs include the very Broadway reminiscent “Wicked Witch of the Middle,” “A Father’s Prayer,” and the film’s theme song, “Try” (for which Parton also provides a brief, but memorable and powerful end credits version).

There are a handful of minor problems with this film. First, the story does sideline a few major characters for a good portion of the film. While this is to focus more on Regina, it does leave one major plotline undeveloped (this leads to a surprise that seems out of left-field and doesn’t have any build-up). Also, one character’s confession is done through song. While this is a musical, I feel like a song wasn’t the best overall choice for that situation. A more dialog-driven confession might have been more effective. Finally, the film carries some out-of-place slapstick moments that don’t really fit the feel of the film.

There are several positive messages. The first involves the importance of not letting your past define you. It is revealed that Regina is the way she is as a result of running from her past choices. Her angel (Parton) reminds her many times that everyone has made mistakes, and that it’s dangerous to live life looking in the rear-view mirror. This also leads to a conversation about how grief is “love with nowhere to go.” This echoes Philippians 3, which discusses how it is important to live life moving forward in Christ.

Brothers, I do not consider that I have made it my own. But one thing I do: forgetting what lies behind and straining forward to what lies ahead, I press on toward the goal for the prize of the upward call of God in Christ Jesus. —Philippians 3:13-14

Through realizing this, Regina also learns to extend grace to herself as well as others. With this, she learns to let go and move forward with a kind, loving spirit. Other characters learn to understand from others’ points of view, and extend grace as well. Parton’s character also reminds everyone that it’s important to “shine your light” wherever you go (a clear reference to “This Little Light of Mine”), and show kindness to everyone.

One song talks highly about the value of memories with those we cherish, over money and material possessions.

Language: Some occasional mild language. “D***” is used a half-dozen times (including a line about cussing in church), and there’s one “What the h***?” Other obscenities are hinted at in song lyrics such as, “Stop your BS!” and “she’s a what rhymes with witch…”. “Oh my g**” is exclaimed a half-dozen times.

Adult Content: Characters kiss a a few times. Some low-cut outfits are seen here and there (including worn by Parton). We hear about one character getting pregnant at a young age due to a bad decision made with a fellow high schooler. A couple of male hairdressers act a bit effeminately.

Violence: We hear about a girl’s mother getting into a car accident and drowning. Other than that, in one song, some people discuss somewhat violent activities they would like to happen to Regina.

Other: This leads to one issue that may raise some eyebrows. A young girl (she looks to be about 10 or 11) is left to tend her father’s bar by herself. The scene is meant to have us get to know a major supporting character of the story, but regardless of her maturity level, it’s not something a child should be doing.

Elsewhere, Regina treats others very rudely and inconsiderately for most of the film, but later apologizes for her actions. A pastor tells a lie, then hopes he’s forgiven given the circumstances. Someone puts a baby up for adoption without someone’s consent.

Dolly Parton has been largely known as a “national treasure” for the last few decades. Her spirit, personality and memorable tunes have continued to touch audiences of all ages. So when I heard that she was creating an original Christmas musical for Netflix, my first thought was that this was something we need, after what has been a very dark and challenging year.

In many ways, “Christmas on the Square” does exactly what it sets out to do. It’s an uplifting, moving and very sweet story that is essentially a mix of “A Christmas Carol” with “It’s a Wonderful Life.” It’s unmistakably theatrical (with all the pros and cons that come with it), has a game cast, a few good songs, and carries some very good production values.

However, despite some strong Biblical messages here and the presence of faith (and angels) in the film, Jesus’ birth is unfortunately left out of the equation. There’s also some unnecessary language and rude behavior (all fitting for the film’s PG rating).

Despite its imperfections, however, I very much enjoyed “Christmas on the Square”. It’s an old-fashioned, engaging story of grace, hope, and forgiveness in the most wonderful time of the year. And families that can navigate the content problems can use this movie to have conversations about how these messages apply to the real reason behind the season.