for disturbing violence and bloody images, terror and some language. 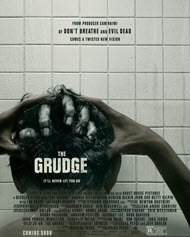 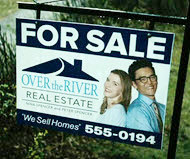 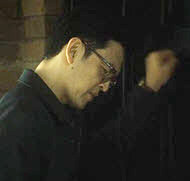 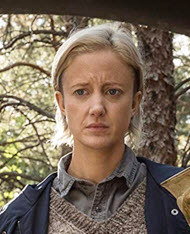 A mother murders her own family

Movies that wrongly depict evil as all-powerful and unstoppable, when it is actually God who is omnipotent

The idea of vengeful ghosts

Demons that pretend to be the spirits of dead people

Are gruesome, bloody and gory movies proper entertainment for true followers of Christ? 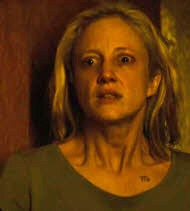 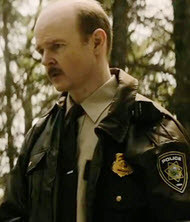 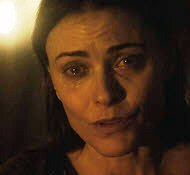 “The Grudge” (2020) serves as a sequel or a continuation of the curse that was spawned in the original. This story begins with a woman working in the initial home where The Grudge was born. Appearing frightened, worried and anxious to go home after encountering strange happenings in the cursed home. We then see her arrive back in the States seemingly happy. We are then introduced to newly widowed woman Detective Muldoon (Andrea Riseborough) and her son still dealing with the death of her husband. They recently moved to a new town. Muldoon and her new partner Detective Goodman (Demián Bichir) begin their first case together which is actually linked to a puzzling case in Goodman’s past. That’s the set up for a decent attempt to revamp the franchise.

The acting is slightly above average with veteran actors including Demián Bichir, John Cho, Lin Shaye, and William Sadler putting forth note worthy efforts that make the film feel authentic. In my opinion, Detective Muldoon’s character drags the film down. She has no real character foundation, so the events that occur around her seem orchestrated. She is more of a place marker then an actual participant in the storyline. The plot plays out as a spider web, different ends tied together, and it may work for viewing audiences that pay close attention. The cinematography is well done, nothing feels cheap or overly CGI.

There is some objectionable content. There is a handful of foul language—completely unnecessary. Drinking and smoking are used as a coping mechanism throughout by the principle characters. There are scary and gory images and dark themes dealing with spirits and curses.

As for a biblical message, there is a surprise. It has a strong pro-life message, but this is slightly undercut by an assisted suicide subplot point. The film has an unbiblical theme about a house that can keep dead people’s spirits alive on Earth. This theme in common with a many horror films. One detective has numerous Roman Catholic idols all over his car. We as Christians don’t rely on idols for protection. We also know that “And inasmuch as it is appointed for men to die once and after this comes judgment” (Hebrews 9:27).

This film is not the worst installment or sequel in the horror genre, but it’s not a standout either. However, there are some very dark images and themes that may warrant a skip.

Negative—We didn’t expect a ghost story to be Biblical or moral, but the original Grudge was at least entertaining and interesting, as it represented another culture’s horror genre. Now this (the second remake of the original) version has little in common other than the name. It is just like most American horror films, as stupid Americans run around doing stupid things and get killed. Very gory and very boring. Nothing to recommend here.
My Ratings: Moral rating: Extremely Offensive / Moviemaking quality: 2