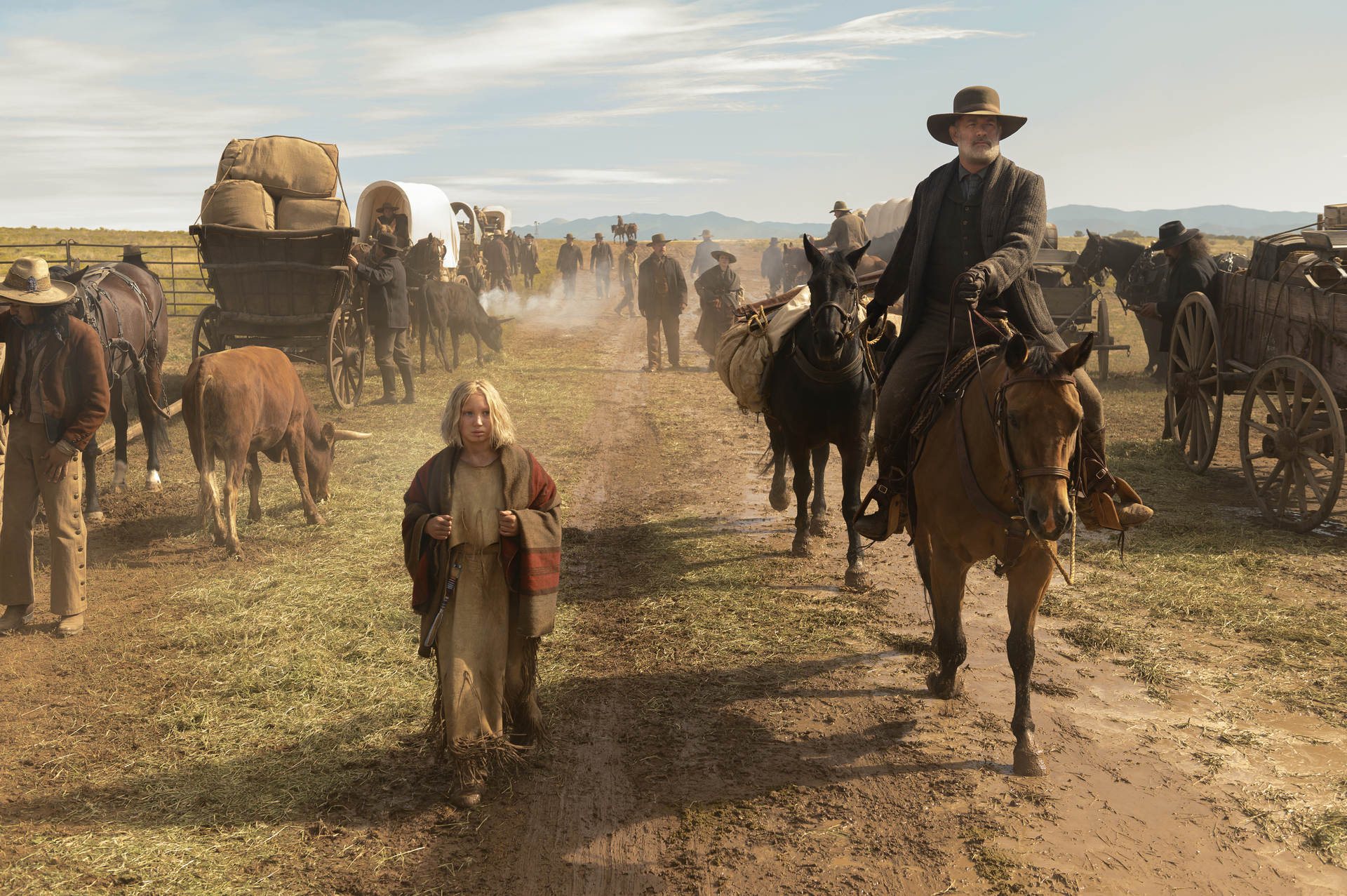 News of the World

for violence, disturbing images, thematic material and some language. 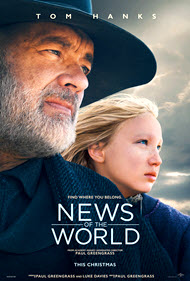 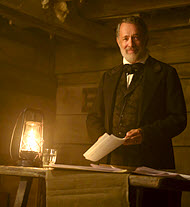 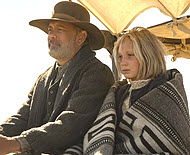 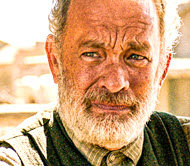 Dangers of the old American West 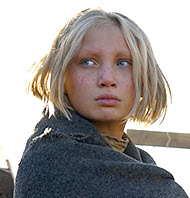 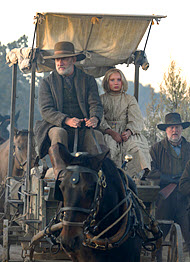 Rescuing a young person in trouble

Aftermath of the American Civil War, ending in 1865

Affects of war on former soldiers 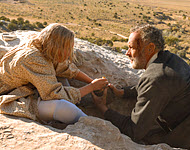 “Find where you belong.”

This film is based on the National Book Award finalist and best-selling novel by Paulette Jiles.

Civil War Captain Jefferson Kyle Kidd (Tom Hanks), now retired, spends his days traveling across the United States bringing and reading people the latest news. People are fascinated by what they hear in other parts of not just their nation, but the world. Captain Kidd has made a comfortable living in this profession, getting to know the land and the people that inhabit each town, making friends along the way, albeit some enemies and knowledge of the troublesome areas of the country as well. What am I talking about exactly? Well….

Along Captain Kidd’s travels he comes across a wild, young girl. She doesn’t speak English, just grunts, and when she does speak it’s a Native American language that Captain Kidd is unfamiliar with. Shortly thereafter Union soldiers approach him. Captain Kidd inquires about the girl and how he should proceed. He is provided some paperwork about the girl by the soldiers and told that he should deliver her to the nearest military station where the matter will be handled by the commanding officer.

When Captain Kidd and the girl get to the station there’s just one problem, the commanding officer isn’t there. Kidd is given two options, deliver the girl to her closest family members (about 400 miles away) or take care of the girl himself. Either way, Captain Kidd’s world will be changed… forever.

There have been very, very few times, in my years as a movie reviewer, where I can honestly state that a film is one of the strongest, least offensive PG-13 films that has ever graced the big screens (no this film isn’t perfectly clean). In fact, now that I think about it, there are only a few of these types of films that really come to my mind. Regardless of how clean a film may or may not be (though cleanliness is certainly an important factor in viewing a film), a film must also build a strong connection through timely messages, which are successfully conveyed through stellar performances.

The formula itself seems rather obvious, you might think, yet often one or two or even more of the main elements get overlooked and then the domino effect takes place within those main elements (in essence, other sub-elements begin to suffer): the plot becomes to thin or too thick, the pacing slows down, the character development is weak or too complicated, etc.

“News of the World,” does not suffer, artistically. It strives to tell a simple story and in doing so allows for the audience to develop mixed feelings in the process: anger, sadness, confusion, and joy. There’s a sense of warmth that surrounds the “News of the World” that I could not help but enjoy as I watched the encounters between Captain Kid and the young girl he names Johanna. It’s genuine, innocent, pure and compassionate. Additionally, Tom Hanks puts in one of finest cowboy/father-figure-like performances to date which serves to strengthen the overall quality and messaging of the film. He is a master of his craft, and it shows, particularly in his interactions with Johanna (my favorite moments were when he would attempt to learn more about her culture and how to speak her language and break the language barrier).

While “News of the World” is one of the cleanest PG-13 films of recent times, there is still some content to be aware of, should you and your family decide to attend a showing at your local cineplex. (It is only showing in theaters initially.)

Sex: A woman stays in Kidd’s room, and we later see her in his bed while he’s up working (implying they had sex). A man stares at Johanna in a town and later offers to buy her (presumably to be a child prostitute).

Captain Kidd goes beyond what is asked of him for someone to whom he has absolutely no connection. In the beginning, he travels with Johanna and brings her to her relatives out of a sense of obligation, but as time passes he begins to bond with her, taking care of her more and more, understanding her wants and needs, even when she can’t verbalize it.

I am greatly reminded of how our Heavenly Father provides for us in the same manner Captain Kidd is able to provide for Johanna, even when she could not communicate it to him. God knows our deepest desires in our thoughts and our hearts before we even ask. It may not always be what we WANT, but it will be what God knows is best for us or what we need…

“For he satisfies the longing soul, and the hungry soul he fills with good things”. —Psalm 107:9

A marvel from start to finish, “News of the World” is a combination of brilliant cinematography, plot design and pacing, along with a timely message reminding us that there is still goodness in the world; there is still light among the darkness. Now, yes, it is unfortunate that there is some profanity and other content that, honestly, could have been left out of the film entirely. However, if you are willing to set this aside, I think there are some strong discussions that can be made regarding love, caring for orphans, adoption, and the like. Overall, I recommend it for teens and adults, but not younger ones.

Positive
Positive—The movie “News of the World” seems to be a fairly clear Christian allegory, with Johanna as a Christ figure, and Captain Kidd perhaps as her John the Baptist. On their journey to Calvary, she works miracles, such as using the dimes in place of birdshot to defeat the demons. She meets Good Samaritans such as the Kiowa who give them a horse when their wagon is destroyed, and the good Jewish couple. Eventually, she is tied to a stake for several days on the German farm when she refuses to work for them and has been abandoned by Captain Kidd. After a few days, she is redeemed when he returns and says she belongs with him. They resume a happy life of teaching throughout the country together, with her as his adopted daughter. I dunno, seemed obvious to me.
My Ratings: Moral rating: Excellent! / Moviemaking quality: 5
Barbara, age 66 (USA)