What is…
The Second Temple 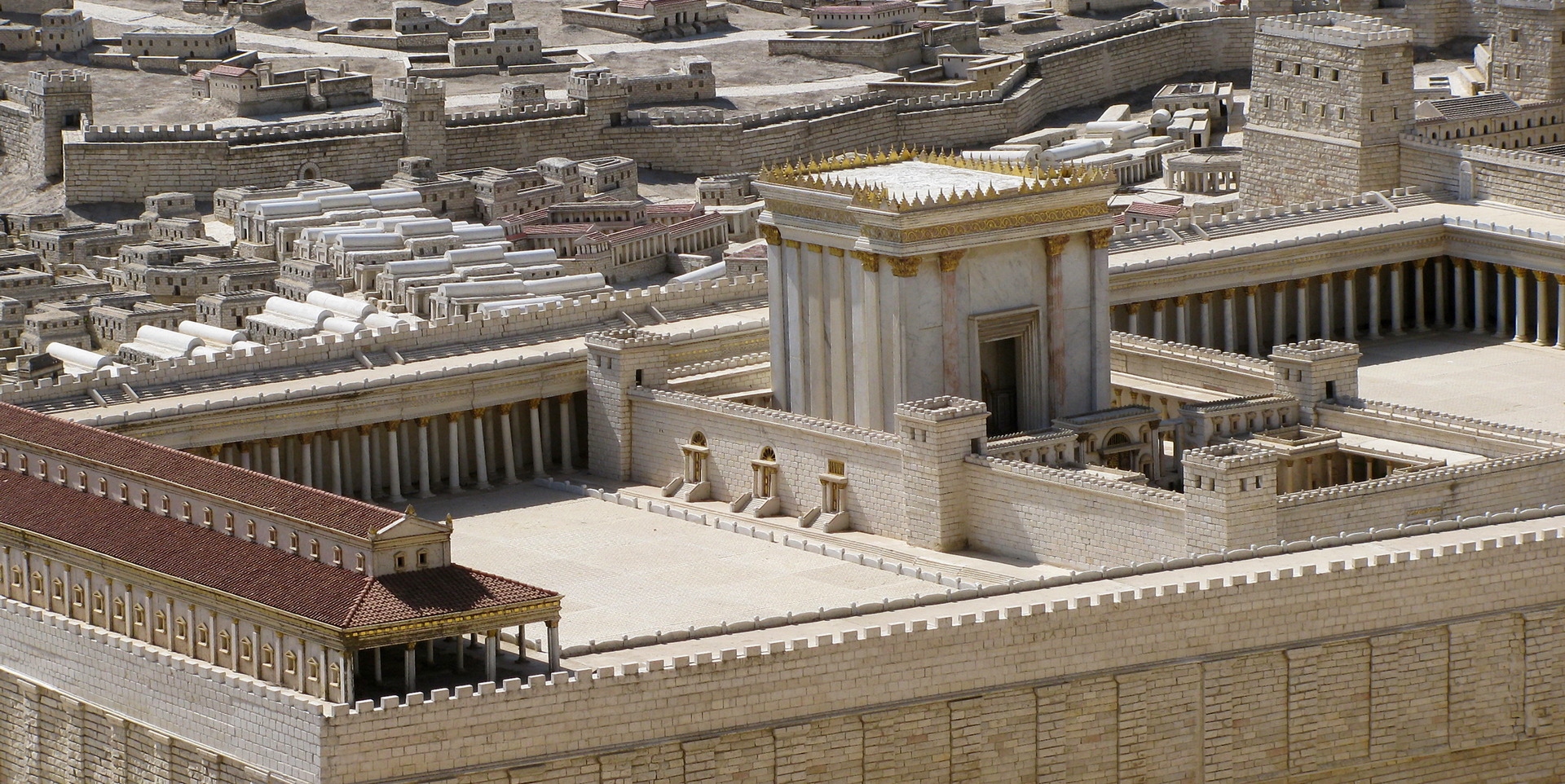 Model of the ancient Second Temple in Jerusalem

After the return from captivity, under Zerubbabel and the high priest Jeshua, arrangements were almost immediately made to reorganize the long-desolated kingdom. The crowd of pilgrims, forming a band of 42,360, including children, having completed the long and dreary journey of some 4 months, from the banks of the Euphrates to Jerusalem, were excited by a strong religious impulse, and therefore one of their first cares was to restore their ancient worship by rebuilding the temple destroyed by the Babylonians.

On the invitation of Zerubbabel, the governor, who showed them a remarkable example of liberality by contributing personally 1,000 golden darics, besides other gifts, the people with great enthusiasm poured their gifts into the sacred treasury (Ezra 2).

First they erected and dedicated the altar of Jehovah on the exact spot where it had formerly stood. Then they cleared away the charred heaps of debris which occupied the site of the old temple.

A wide interest was felt in this great movement, although it was regarded with mingled feelings by the spectators.

‘Who is left among you who saw this temple in its former glory? And how do you see it now? Does it not seem to you like nothing in comparison? —Haggai 2:3 NASB

The Samaritans made proposals for a co-operation in the work. Zerubbabel and Jeshua and the elders, however, declined all such cooperation: Judah must build the temple without help.

Immediately evil reports were spread regarding the Jews. The Samaritans “bribed officials to work against them and frustrate their plans” (Ezra 4:5 NIV), and sent messengers to Ecbatana and Shushan (Susa), with the result that the work was suspended.

Seven years after this, Cyrus died ingloriously, having killed himself in Syria when on his way back from Egypt to the east, and was succeeded by his son Cambyses (B.C. 529-522), on whose death the “false Smerdis,” an imposter, occupied the throne for some 7 or 8 months, and then Darius Hystaspes became king (B.C. 522).

In the second year of this monarch the work of rebuilding the temple was resumed and carried forward to its completion (Ezra 5:6-17; 6:1-15), under the stimulus of the earnest counsels and admonitions of the prophets Haggai and Zechariah.

Twenty years after the return from captivity, the temple was ready for consecration in the spring of B.C. 516.

Places depicted1 in the above video, with Nehemiah’s verses

Lacking in the Second Temple

As in the Holy Tabernacle, the Second Temple had…

The Second Temple, when completed, was consecrated amid great rejoicing on the part of all the people (Ezra 6:16), although there were not wanting outward evidences that the Jews were no longer an independent people, but were subject to a foreign power.

Haggai 2:9 is rightly translated in NASB, 2:9 ESV, and the RKJV, “The latter glory of this house shall be greater than the former,” instead of, “The glory of this latter house,” etc., in the King James Version (Haggai 2:9 KJV).

The temple, during the different periods of its existence, is regarded as but one house, the one only house of God (compare Haggai 2:3). The glory here predicted is spiritual glory and not material splendor.

“Christ himself, present bodily in the temple on Mount Zion during his life on Earth, present spiritually in the Church now, present in the holy city, the heavenly Jerusalem, of which he is the temple, calling forth spiritual worship and devotion is the glory here predicted.” —John James Stewart Perowne