Study Questions on the Origin of Mankind 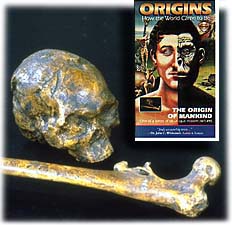