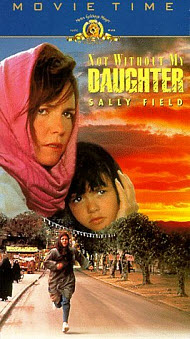 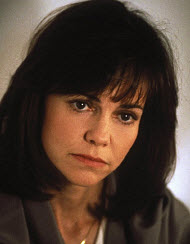 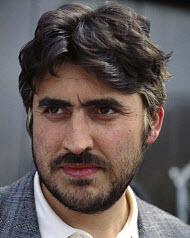 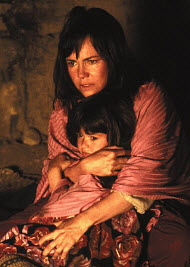 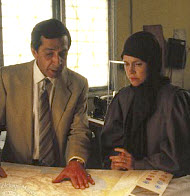 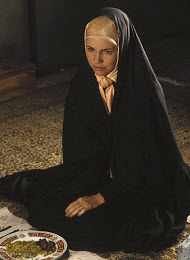 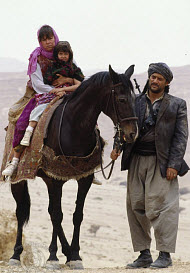 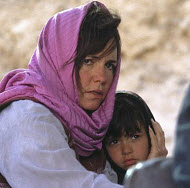 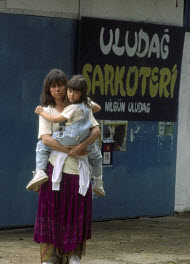 Is Islam correct? Is the Bible corrupted? Answer

Why should Christians love Muslims? Answer

How should Christians pray for Muslims? Answer

As a Christian woman, how can I develop friendships with Muslim women? Answer

How does the Qur’an compare to the Book of Genesis on the great events of history (Creation, Fall, Flood and confusion of languages)? Answer

What does the Qur’an say about Jesus? Click Here to find out.

“The Man in White” is being seen in dreams and visions by thousands of Muslims today. Read and post true stories about how God is working today in the Muslim world to bring them into “full submission” to God through the message Isa al Masih brings… www.IsaalMasih.net

This dramatization of Betty Mahmoody’s struggle to escape Iran with her daughter is very worthwhile. The two lead actors are both capable of everything from comedy to intense drama, and the producers spent the money needed to create a realistic Middle East location shoot.

As the film opens in 1984, Betty (Sally Field) is happily married to “Moody,” an Iranian-American physician, and living in Michigan with him and their young daughter Mahtob (Sheila Rosenthal). Moody (Alfred Molina, “Maverick”, “Species”), who has been in the U.S. for 20 years, seems thoroughly Americanized and not a particularly strong Muslim; he even appears to drink alcohol. But he’s harassed at work by anti-Arab employees, including some of the other physicians; and his family in Iran is pressuring him to return for a visit. He finally consents and, also, talks Betty into the trip, swearing to her on the Koran that they’ll only be there for two weeks and there’ll be no danger.

Once home, Moody is further pressured by his strict Muslim family to stay there and to rededicate himself to Islam. He undergoes a rapid transformation, tells Betty that they’re not leaving and that Mahtob will be raised a Muslim, becomes violent, and virtually imprisons Betty. The rest of the film deals with her plight and her various schemes to escape the country. The presumably Farsi dialogue is not subtitled, which gives the non-Iranian viewer some of the same sense of isolation that Betty feels. Betty (presumably a Christian) prays repeatedly with Mahtob that the Lord will let them leave Iran. Eventually she befriends a sympathetic shopkeeper, Hamid (Sasson Gabai—“Rambo 3”), who puts her in touch with an underground movement dedicated to helping women like her to escape Iran. When Moody orders her to go back to the U.S. by herself, liquidate their assets and send/wire the cash to him before returning, she basically replies with the film’s title. He knows that if she takes Mahtob, he’ll never see either of them again. She knows that if she goes alone, he’ll probably divorce her in absentia and SHE’LL never see Mahtob again. Both parents want what they believe is best for their daughter. But thanks to their mixed marriage, they have irreconcilable views on what is best.

There are only a few profanities (in English), uttered by both Moody and Betty in emotional moments. There are several instances of physical violence by Moody against Betty, triggered by his (correct) assumption that she’s plotting to escape. The only sexual content is a non-explicit attempted rape of Betty by one of her “escape guides,” which is quickly halted by the chief guide. There are instances of bombs being dropped in residential areas of Tehran during the Iran-Iraq war, and threats against Betty from armed “purity patrols” because she sometimes fails to wear her Muslim garb properly. Female viewers will be especially affected by Betty’s predicament as Moody vacillates between devoted husband and Muslim fundamentalist.

Obviously, this film is somewhat anti-Muslim in tone. But if Betty’s story is true, and there are others like her still held against their will, then that story is worth telling.

Younger viewers may be confused by the references to the U.S. backing Iraq in a war against Iran. When Ayatollah Ruhollah Khomeini forced Shah Reza Pahlavi out of office in 1979 and transformed Iran into a fundamentalist Muslim state, there was bad blood between Iran and the United States. Iran held American hostages for over a year and ignored all of President Carter’s efforts to free them, but finally let them go at almost the very moment President Reagan was sworn in on Jan. 20, 1981. The U.S., the world’s largest arms dealer, did indeed supply Iraq with weapons in the 1980s. Later, in the Reagan administration, the U.S. secretly began supplying military spare parts to Iran (and using the profits to secretly fund anti-communist guerillas in Nicaragua) while distancing itself from (and in 1991 going to war against) Iraq, so that our relative friendliness to the two countries was now reversed. As of this writing (2000), that’s still the case.

Positive—This movie is based on the book with the same title that was written by the woman who actually lived through this ordeal. If you read the book, you will see that over and over again, Betty states that not all Iranians are bad. In fact, she frequently mentions that without the help of many friendly Iranians, she would never have gotten out of Iran alive.

One man in particular is the owner of a men’s clothing store, who repeatedly lets her use his telephone to call her family back in the U.S.

Betty, also, describes her husband “Moody” as a unstable man who got that way because he was raised in Iran, but received his higher education in England and the U.S. She felt he was highly conflicted and torn between the U.S. and Iran, and that his confusion was caused by his being easily influenced by his overly zealous and completely brainwashed Iranian relatives—although she states, fairly, that even these zealous relatives eventually came to her aid and began pleading with Moody not to treat his wife as harshly as he did.

They did not condone his beating her. They did not condone his harsh treatment of her or the fact that they locked her up in a high-rise Iranian apartment all alone for days at a time without food or water, without electricity, and without her daughter, who he had forcibly removed from the home and hid away with some relatives for days at a time, leaving Betty without any knowledge of her five year old daughter’s whereabouts and whether she was even okay.

Eventually, he brought the daughter back to the home, because she had taken ill, and needed to be properly cared for by his wife. Also, a female relative of her husband urged him to return the daughter to her mother. Her husband admitted that his relatives did not know how to even take care of themselves. He began to complain to Betty that they did not understand the importance of daily bathing, that they only bathed once a year during an Now Ruz, the Iranian new year, when everyone in the country bathed once each year, and that they wore the same soiled and smelly clothes day after day, without laundering them.

Even though Betty’s husband was a highly skilled and U.S.-trained physician (anesthesiologist), he could not make his relatives understand the importance of cleanliness and how dirt and filth could lead to bacteria making the body ill or, perhaps, even causing death.

Betty, also, wrote that, although Iranians hate Americans, they hold American education in very high esteem, so much that if an Iranian family had the money to do so, they sent their children to America to be educated at American universities. While in Iran, Betty’s daughter had been enrolled in an Iranian elementary school where each morning before classes began, each and every student was forced to chant out loud “Death to the Americans!” She imagined her husband being educated precisely the same way as a little boy which caused her to understand, and, at times, even sympathize with him over his confusion about which life was better, American or Iranian.

Betty didn’t just paint an all black and white picture of Iran and Iranians being evil and all Americans being only good. All throughout the book and the movie, she depicted good Iranians who had attempted to help her and her daughter return to the United States (Michigan). These Iranians risked their lives to help her because, if found out, they would have been arrested and possibly executed. Under the regime in place at the time Betty was in Iran, it was commonplace for Iranian citizens to simply “disappear,” never to be heard from again, all because they might have been less-than-zealous about the then-existing Iranian government (the Ayatollah Khomeini, who was in power during the time Betty was in Iran, ruled for 10 years).

When you consider how typical it is for movie-makers to ignore books and re-write stories to make them more interesting or dramatic, and sensationalize a movie, this particular movie does an excellent job of bringing the book’s story to the screen. I would strongly urge everyone who sees this movie to also read the book, because then you will have a complete understanding of Betty’s story.
My Ratings: Moral rating: Excellent! / Moviemaking quality: 5