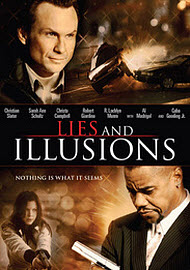 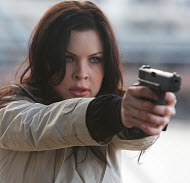 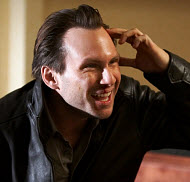 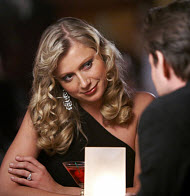 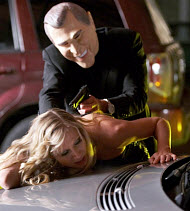 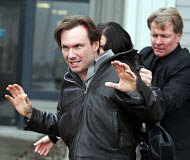 “Nothing is what it seems.”

Here’s what the distributor says about their film: “Best-selling author Wes Wilson’s self-help book about honesty has saved millions of relationships. But when his fiance is abducted and declared dead, Wes suddenly finds himself hunted by hired killers, beautiful spies, and a ruthless criminal mastermind with a taste for both style and violence.

What does Wes have that an international smuggling ring wants? Why did his late bride-to-be keep a secret room full of weapons? And who can he trust when nobody is what he or she seems to be.

Best-selling author Wes Wilson (Christian Slater) has it all. But when menacing smuggler Isaac (Cuba Gooding Jr.) coolly insists that he take a chauffeured backseat ride, Wilson’s charmed life explodes into a world of violence, espionage and stolen diamonds. As lies and illusions give way to a harsh reality, Wilson learns shocking truths about two women in his life. Sarah Ann Schultz and Christa Campbell co-star in this action-packed thriller.”

Neutral—This was a very poorly done movie. It was almost like watching a TV show. They threw in several “f” words to get it the rating. Other than that, nothing really obscene to speak of. There was one scene that sex was implied, but that was it. I like Christian Slater’s sarcasm and he does have some funny lines in this movie. The fight scenes got us laughing with how fake they looked. Other than that, a very dull movie.
My Ratings: Moral rating: Offensive / Moviemaking quality: 2