for strong grisly violence and language throughout. 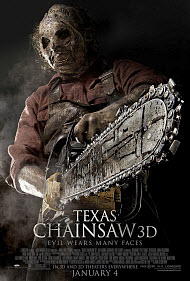 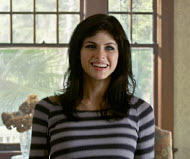 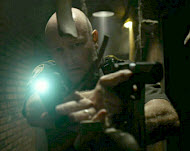 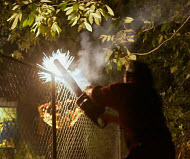 fornication / sex outside of marriage

When the psalmist declared that “God sets the lonely in families” (Psalms 68:6), the words met the approval of foster and adoptive agencies and families around the world. Many children have been placed in caring families who promised to ensure that the kids would be raised knowing only love. Much later, an anonymous writer penned the “adoption creed” which read: “Not flesh of my flesh, nor bone of my bone, but still miraculously my own. Never forget for a single minute, you didn’t grow under my heart, but in it.” Perhaps never before has a poem been so prescient in a film; all the more strange given that the film is “Texas Chainsaw Massacre 3D.”

The adopted child in this case is Heather Miller (Alexandra Daddario—known for her portrayal of the demi-goddess, Annabeth, in “Percy Jackson and the Olympians: The Lightning Thief”). As a twenty-something young adult, Heather learns that she was adopted as a infant, when she receives a notice that she has inherited the estate of a grandmother she did not know she had. She and her friends load up in the van and head to Texas to claim her piece of the pie. Imagine their surprise when the inheritance is a sprawling mansion and all of its contents. If there is any one lesson to be learned from this film, it’s “READ THE FINEPRINT!” The executor of the estate urged Heather to read the explanatory letter from grandma before accepting the keys to the house. Sadly, in her excitement and greed, Heather and company move in and unlock the hidden “treasure”—including a chainsaw-wielding, mentally deranged, homicidal cousin who lives behind a locked door in the basement.

As she and her friends are being tortured, killed, or chased across the little town of Newt, Texas, Heather learns that she is the last living kin of the Sawyer family (well, besides the basement dweller). Nearly four decades earlier, a band of vigilantes murdered the entire Sawyer clan in a fiery shootout. That band was led by Burt Hartman (Paul Rae) who is now the town’s mayor, and he is hell-bent on completing the task they started decades ago—to rid the town of all Sawyers. When Heather learns of her family’s demise, she joins forces with her cousin.

Let’s start with the obvious: “Texas Chainsaw Massacre” is not for the Christian audience, nor is it for teens or children! While there is an interesting bent towards the importance of family, the path to that lesson is strewn with dead, mangled, bloodied bodies and an avalanche of bad language, including a strange “gospel” song where the singer proclaims that sinners should be aware that “God will F*** you up.” Surprisingly, and contrary to the conventions of the horror/slasher genre, the film does show some restraint in the sex/nudity arena. In no way is this a pure film, as sexual topics are standard fair; there is far less nudity in this film than in most horror films. The women are definitely sexy and scantily clad, and their bodies are still used for titillation. You know, the usual.

Fans will appreciate how the film begins in a sort of flashback and homage to the original 1974 classic, showing how the Sawyers became so hated in the community. Gunnar Hansen makes a cameo as both Boss Sawyer and as the archival Leatherface, the chainsawed character that made him famous in the seventies. By the same token, fans will likely be extremely disappointed by the unnecessary use of 3D technology. Some things, like this movie, just can’t be saved. Here’s a tip to filmmakers, if you write good stories, choose quality actors, and make great films, you won’t need to pander to the audience with horrible graphics.