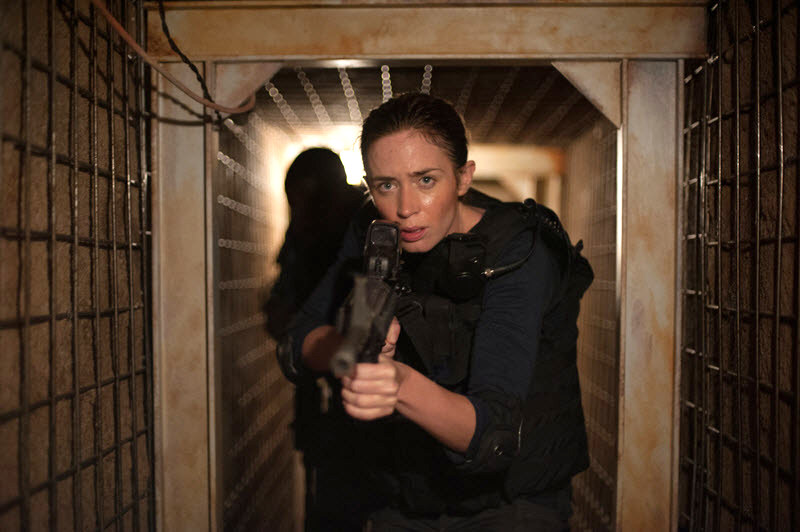 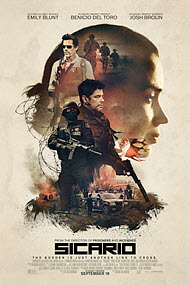 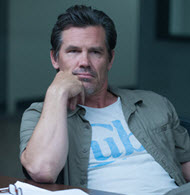 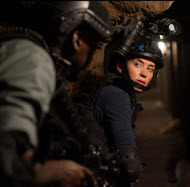 pushing ethical and moral values to the limit 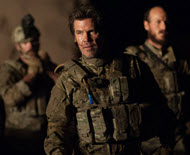 Thousands of people have been murdered because of Mexican drug cartels, so any movie portraying what is happening around U.S. borders is necessarily going to be violent. The filmmakers behind “Sicario” took this crisis as a springboard to craft an outlandish plot showing U.S. Government officials and armed forces engaged in crimes of retaliation to show their strength in a war against certain drug dealers they don’t support. The result is one of the most intense, violent films I have ever seen, and I couldn’t imagine recommending it—even though I have to admit the filmmaking quality (cinematography, sound design) earns four stars.

There’s “necessary violence” in war films or movies depicting true events like “Saving Private Ryan” or “Dances with Wolves,” where glossing over historical violence would be wrong, and then there’s “excessive violence,” where filmmakers have imagined some terrible deeds and ask audiences to revel in them. I don’t believe any critic/reviewer should ruin movie endings, and some people might consider the following information to be a “spoiler,” so here’s your warning, if you don’t want to read the rest of this paragraph… the film crossed very far over my “excessive violence” line when a major character who’s supposed to have been fighting with the Americans is set loose to invade the home of a cartel leader and then proceeds to murder the man’s two young sons and wife at their dinner table, so he can watch the father suffer loss before shooting him, too. Just before he shoots the kids and crying wife, he says, “Time to go be with God.”

I don’t care that this fictional killer’s family also suffered horrific violence in the past. For me, this didn’t justify the revenge he carried out and then gets away with. I can go my whole life without watching families being slaughtered—even if actual families are caught in the crossfire because of cartel activity. I could go on and outline the plot in detail for you, but it’s full of more horror, and I fear that could even entice some readers to buy tickets. I advise against this, because there’s some scenes that are hard to get out of your head.

I understand that the film’s major character and moral center, Kate Macer (Emily Blunt), doesn’t advocate the torture and murderous activity conducted by her co-workers in law enforcement. She keeps talking about how opposed she is to all the killings she witnesses, but her gripes are finally silenced, and revenge wins.

I know why the filmmakers who invested time and money producing “Sicario” believed that many Americans would pay millions to see some Mexican drug dealers and children suffer. Perhaps this review will help cause some of their profit hopes to die.

Neutral
Neutral—Another dark movie from the director of “Enemy” and “Prisoners,” “Sicario” is a great cinematographic prowess. The filmography, sound editing and acting keep you on the edge of your seat during the entirety of the movie. However, the tension and uncomfortness of the music, coupled with the violence of the images, provide you a deep sense of uneasiness even nausea.

This movie should be rated R+, as some of the scenes are of extreme violence, unprecedented and nearly intolerable for an American movie. Moreover, this story about the horrors of Mexican cartel feels very plausible and realistic.

Needless to say, the acting is excellent. As emphasised by the critic above, the character of Emily Blunt is the moral centre of the story, and, all along, she refuses to accept all those atrocities, but, in the end, the movie leaves you completely empty and hopeless.

Nicolas, age 28 (United Kingdom)
Neutral—As I always say about any movie, pray before you even think of watching it—even if it’s rated G. If the Holy Spirit leads you to watch it, then it’s okay to watch. But if the Holy Spirit puts a check in your spirit and says don’t watch it, then don’t watch it. The Lord deals with us each individually. Before you decide whether or not to watch this movie, you may want to read the Wikipedia article about this movie so that you know what the movie is about (by the way, —the Plot section has spoilers).

This is a movie that supposedly portray’s the way the city of Juarez Mexico was in 2010—when 3000 people were murdered in one year. I do not know how much of what the movie portrays is true, but this movie shouldn’t be watched as merely entertainment because some of the images in this movie reflect the sad state of Juarez back in 2010. Basically, this movie is about the US teaming up with Mexico to take out a drug lord—but how they do it is what creates the tension in the movie.

The movie is violent at times, but it does not show people being visually tortured if you are sensitive to that (there is one torture implied for a few seconds, but you don’t see the person being tortured). In a couple places in the movie, dead bodies are shown that have been tortured, but not the torture itself. (in my opinion, if the movie didn’t show the tortured bodies, the moviegoer would not get an idea of just how bad it was in Juarez).

Similarly, the torture we see in the movie “The Passion of the Christ” helps us understand what a high price Jesus paid to save us—it is a cross of love. I don’t think either of these two movies glorify torture—they simply use it to help tell the story.

One area of tension in this movie: We don’t really know who Alejandro works for (US, Mexico, or even a cartel), so if the US agents operating on the US border help Alejandro to take out a drug lord, have they broken any laws? Hard to say, because there is indication they are trying to adhere to US laws by bringing an FBI agent (Kate) into the special ops group. From Alejandro’s standpoint, clearly the movie says “if you want justice, take matters into your own hands”. Not so good. I think this is where some good biblical discussion can happen. Besides Alejandro forgiving those who murdered his wife and daughter, how should he respond? If Alejandro goes to the police and cannot get justice, what should he do?
My Ratings: Moral rating: Average / Moviemaking quality: 4

Michael, age 48 (USA)
Comments from non-viewers
Negative—I always check IMDB’s parent’s guide rating before watching a movie. “Sacario” has 53 F-words and a slew of other words. That is far too gratuitous. Sometimes it is beneficial to set aside pleasures.
My Ratings: Moral rating: / Moviemaking quality: