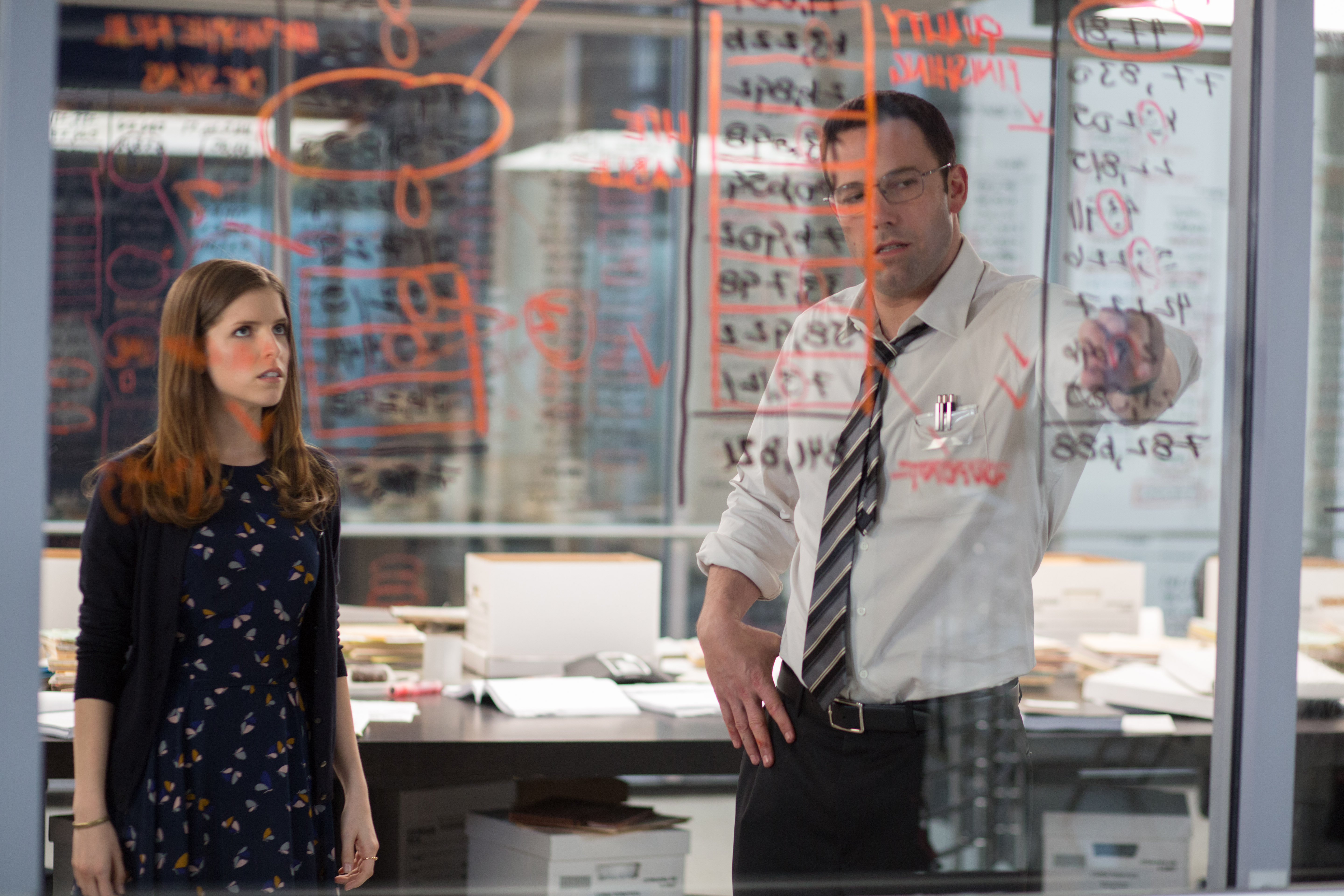 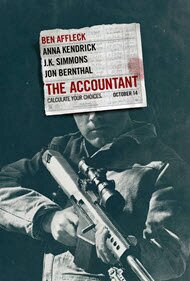 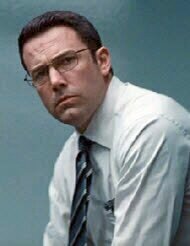 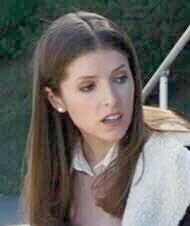 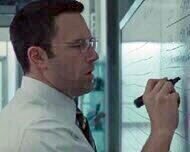 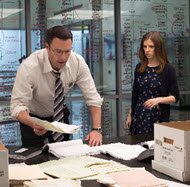 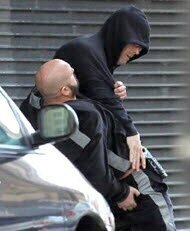 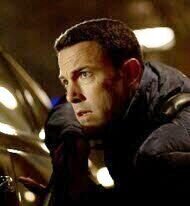 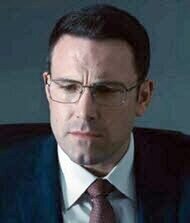 “autistic kids are not less than others, they're just different”

assassin / murder in the Bible

Although there are no super-mutants nor heroes from another world in “The Accountant,” the movie still feels like the origin story for a comic book character. Ben Affleck portrays Christian Wolff, a high-functioning autistic savant who serves as an accountant for criminal organizations worldwide, while usually staying undercover in a small Illinois town. Christian has no friends, and his nightly routine is extremely disciplined and sad. Flashbacks to his childhood under the leadership of his soldier father, who constantly pushed his sons beyond their limits, helps explain why this accountant takes self-defense so seriously.

When Christian accepts a job uncovering corruption at a robotics company and meets another accountant, Dana (Anna Kendrick), his habits and autism don’t allow him to express emotion. However, the actions he must take to defend her life set a plot in motion that’s full of suspense. I was reminded of films like “The Bourne Identity,” with its title character’s memory trouble while remembering how to use his fists and advanced weaponry. Wolff kills many people using creative methods, but shooting enemies in the head a couple times is his preferred method.

Ben Affleck does decent work in the title role through all the mayhem. I kept hoping to see more character traits/flaws behind his blank stares, but maybe they’re saving some of that for upcoming sequels. Director Gavin O'Connor introduces several interesting characters around Christian, like the ones played by John Lithgow, Jon Bernthal, Jean Smart, Jeffrey Tambor, and especially J.K. Simmons as a leader in the U.S. Treasury Department intent on finding Wolff. Without these supporting actors, “The Accountant” might just be another example of an actor seeking to impress by playing a handicapped character smarter than everyone, like Dustin Hoffman’s “Rain Man.”

The action plot was not surprising to me, despite three plot twists toward the end. The movie’s most interesting concept is that people with disorders like autism might have abilities many people would consider super-human, which could appeal to many audiences. “The Accountant” has a lot of violence and some swearing that earn its R-rating. Nevertheless, if you’ve been able to enjoy the types of action portrayed in Bourne or James Bond movies, it’s not likely the violence or language in this film will trouble you. The most disturbing parts of the movie detail Christian’s nightly routine, involving very loud music, a strobe light, and rubbing a stick over his leg, before allowing himself to take a pill at 10:01pm. It seemed to me that Christian was forcing himself to deal with these traumatic types of stimuli because his father forced him to always confront his greatest fears, which made me want to see him break free and experience love. Without these scenes, perhaps Christian Wolff would have even seemed enviable, because of his wealth and strength. I believe the scenes could trigger epileptic seizures in some people, though, so be warned.

Positive
Positive— I thought that the movie was good about showing what it was like to have disabilities. Affleck did a good job acting the disabilities. I felt that his father was absolutely too harsh on him. There was profanity and violence in it, but we have a right to defend ourselves. Affleck was also helping out other people whose lives were threatened. I started taking karate classes when I was young but was told I was too small. If have had continued to take them, I would have been bullied a lot less.
My Ratings: Moral rating: Average / Moviemaking quality: 4

Bill Boylston, age 57 (USA)
Positive—This film has aspects of human drama which make it more than just a suspense thriller. There is violence and harsh language throughout the film, which portrays the lives of criminals and fits with the storyline. I am glad to have seen this film, for the excellent acting and suspense. It certainly portrays a life of crime in a realistic way in its consequences. I recommend seeing this film if you are prepared to watch a movie filled with gangsters, thugs and violence, as well as the drama of those lives involved with this.
My Ratings: Moral rating: Offensive / Moviemaking quality: 4

Liz B, age 53 (USA)
Positive—As the official review already implied, this movie is something of a “Jack Reacher” meets “Rain Man” amalgamation. I enjoy characters like those in “Taken” (Liam Neeson), Steven Segal, and Jack Reacher type movies, not for the gratuitous violence (which there’s plenty of), but because the main characters like those mentioned, and Ben Affleck in this movie, are the good guys, taking on the very real evil in this world.

Affleck’s character is by no means perfect, but he has a good heart, humanly speaking. He has a mild personality and has the will and ability to exact punishment on evildoers who harm, or try to harm, innocent people! I know what the Bible says about violent men (Proverbs 3:31) and vengeance belonging to God (Hebrews 10:30), so I wouldn’t want to see this kind of vigilantism in real life. That said, I enjoyed the movie!
My Ratings: Moral rating: Average / Moviemaking quality: 4

Jeremy Klein, age 61 (USA)
Positive—I have watched this movie at least six times. I love Jesus and believe that all of us must be ambassadors of Jesus Christ in this world. That being said, I believe “The Accountant” is a very well crafted movie.

It is not a movie for young children and those of us who are very sensitive to movies that depict violence and profanity. However this movie is excellent in terms of the story, drama, storytelling, and acting to name a few. Bill Dubuque wrote an awesome screenplay. Ben Affleck really nailed his character down in this movie. His supporting cast also did a great job. See all »
I see Ben's character as being a soldier in his own right. Given his Autism, his father's role in helping him understand the world in which he lives, and preparing him to live in that world, was done very well. I believe that his moral code of loyalty to family, to one's values, and devotion to family and friends is inspiring.

Christian was a soldier in his own right. We may not agree with his moral compass, but in terms of the types of compasses this world has to offer, I don't have a problem with his. I think I saw John Wayne kill a few people. I admired him.
My Ratings: Moral rating: Better than Average / Moviemaking quality: 5

Joseph Meeks, age 66 (USA)
Positive—I don’t honestly know that “enjoyed” is the best word to describe my feelings about this film. As a parent of two high functioning Autistic kids and a husband of a high functioning autistic wife, I identified with much in this film. Affleck did an excellent job portraying an autistic adult who has learned to cope with his challenges. It was really difficult to watch this process sometimes. Having had my three around, I can totally see how this type of life could happen to someone autistic. Violence and profanity aside, certainly watchable.
My Ratings: Moral rating: Very Offensive / Moviemaking quality: 4