for fantasy violence and action, and some sexuality. 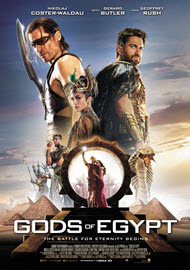 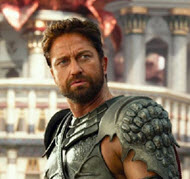 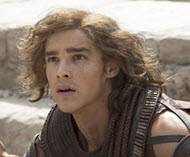 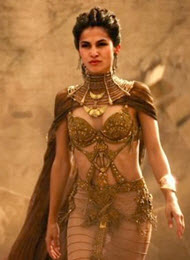 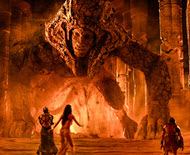 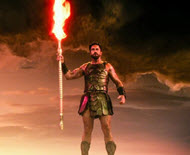 ancient Egypt in the Bible

This film’s story is based on the Egyptian myth “The Contendings of Horus and Set,” in which the mythological Egyptian gods Set and Horus battle for the rule of Egypt.

Director Alex Proyas said, “…the world of ‘Gods of Egypt’ never really existed. It is inspired by Egyptian mythology, but it makes no attempt at historical accuracy because that would be pointless—none of the events in the movie ever really happened. It is about as reality-based as Star Wars—which is not real at all …Maybe one day if I get to make further chapters I will reveal the context of the when and where of the story. But one thing is for sure—it is not set in Ancient Egypt at all.” [Don Groves, “‘The Gods of Egypt’: Alex Proyas Grapples with a Size Issue in Fantasy Adventure.” Forbes (December 15, 2015).]

“Gods of Egypt” opens with the narration retelling the Egyptian creation story. We are introduced to the character Horus (Nikolaj Coster-Waldau), god of the air. He is preparing for a ceremony that will make him the god of all Egypt. The ceremony comes to an abrupt ending when Horus’ uncle Set (Gerard Butler) challenges him for the throne. Set defeats him and removes his eyes. Bek, a common thief, longs to be with the woman he loves, who was killed by villain. He will embark on a journey to find Horus and get him to defeat Set, so he can be with the girl in the afterlife.

This movie is awful. From the gratuitous use of CGI, and the nonexistent plot and “D” grade acting; the film is a disaster. I am a fan of Gerard Butler, and I was looking forward to seeing this film. However, the acting is lazy, and the writing is almost childlike. It cannot be taken seriously.

There is a lot of violence and sexual innuendo, men shown bare-chested and women scantily clad. There are a few instances of foul language.

The movie focuses on pagan Egyptian religious structure—with multiple gods who are selfish, unloving and uncaring. They age, they die, and they lie. This is fundamentally unbiblical. The is one God, the triune God head—Father, Son and Holy Spirit. He created Earth in 6 days and sent the Son for you as propitiation of sins.

I cannot recommend this film. It was poorly made, cartoonishly presented and anti-biblical.

Negative
Negative—They show a false representation of God, and, at the end, they assume that Moses wrote the Ten Commandments, which are written by God himself twice.
My Ratings: Moral rating: Extremely Offensive / Moviemaking quality: ½

Rich, age 33 (Canada)
Positive—I’m not sure what movie Rich has seen, but it was definitely not this one. There was no Moses in this movie at all, nor any representation of God... but Egyptian gods. These gods were not represented correctly, that's for sure, but it is not a reason to downgrade a movie on a christian website. I liked the movie, and wouldn't mind showing it to my kids regardless of their age. The movie has no gore, profanity or sexuality. It is a whimsical tale with cool (not great) 3D graphics. The story is interesting, and the moral is christian in its core. The final message in the movie “the afterlife must be earned not with gold, but by good deeds, compassion, and generosity; what we do in this life matters.”
My Ratings: Moral rating: Good / Moviemaking quality: 3½

Vlad, age 39 (USA)
Negative—The movie essentially accomplishes what it sets out to do: First is to begin a broader indoctrination of Mystery/Pagan gods that have been worshiped for centuries (Osiris, Set, Horus etc.), albeit under different names as they migrated from culture to culture. Second is to portray some Egyptian Demon God’s as good (Horus) and others as evil (Set). This creates a false dichotomy, since, in fact, they are all evil and stand opposed to the one True Creator God of Scripture. Horus is effectively portrayed as the saviour son. Since the film is cartoonish, many will be deceived into believing it is myth, often discounting the many deeds and deceptions that have been executed by its followers.
My Ratings: Moral rating: none / Moviemaking quality: 3

L (USA)
—Don’t watch this movie. I agree with the critic. This movie is not only a cr*ppy made CGI movie with a cr*ppy story, but it also has very anti-biblical stuff. For example, the Egyptian religion in the movie when Set ruled required you to give enough money and riches to go into the afterlife. After Horus defeated Set, Horus changed the afterlife requirements to being a good person and doing enough good deeds to get into the afterlife. Both afterlife worldviews in the movie obviously contradicts what the Bible and Holy Tradition really says.

Horus’s requirements for the afterlife, which is being a good person and doing enough good works, runs at odds with the Bible in Romans 3:20, Isaiah 64:6, and Galatians 3:11. See all »

Furthermore, “if righteousness comes through the law, then Christ died in vain (Galatians 2:21).” Set’s requirement for the afterlife, that you have to be rich enough to go to heaven, also runs at odds with Christ’s words. Just look at Matthew 6:19, Matthew 19:21, Mark 8:36-37 and Matt. 16:26-28. As opposed to afterlife requirements set by either Set or Horus,

Jesus said clearly in John 14:6, “No one comes to the Father except through Me.”

This movie also has a lot of revenge and scadily dressed women.
My Ratings: Moral rating: Very Offensive / Moviemaking quality: 1½

David Sims, The Atlantic
…extravagantly silly… This is by any measure a dreadful movie, a chintzy, CG-encrusted eyesore that oozes stupidity and self-indulgence from every pore. …this interminable ersatz epic consigns most of the human race to a sea of digital extras while subjecting its immortal characters to more than two hours’ worth of big-screen deification…

Jordan Hoffman, The Guardian (UK)
…the repetitious, unimaginative action kills the charm… after a point, this proudly silly film… devolves into an sword-and-sorcery-flavored riff on a weak Marvel movie. …alternately cornball and self-aware dialogue… clearly not state-of-the-art CGI…

Matt Zoller Seitz, RogerEbert.com
…This could be the most terrible movie ever made. …epic fail… a clueless, incoherent tale that makes “Transformers: Beast Wars” look nuanced…

Frank Scheck, The Hollywood Reporter
…some nifty CGI work, but is otherwise terrible in pretty much every sense of the word. …even when the story tries to make a moral point, it winds up undercutting itself. …

Paul Asay, Plugged In
…It is bad in practically every way it could be bad, from concept to execution, from imagery to acting. It is a movie with essentially no redeeming qualities …“Gods of Egypt” is the epitome of everything wrong with big-budget moviemaking today… [½/5]

Peter Suderman, Vox
…This film belongs in a tomb… epically hammy… vexing aesthetic CGI problems …All of Egypt, from the endless sand to the crumbling architecture to the vast digital crowds, looks weird and weightless… [1/4]