for thematic elements and violent images. 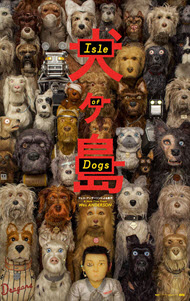 Bond between dogs and humans

The sinful nature of mankind 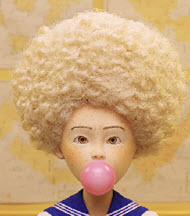 Set 20-years in the future, a ‘dog-flu’ epidemic has swept across a city in Japan forcing Mayor Kobayashi to quarantine all the infected dogs to a nearby landfill/wasteland nicknamed, ‘Trash Island.’ Presumably confined there only until a cure is found, it soon becomes apparent that nefarious forces have come to bear down on what was once ‘man’s best friend,’ and the dogs may have just been sentenced to death.

The Mayor’s nephew, Atari (Koyu Rankin), steals a small plane to reach the island and search for his dog Spots (Liev Schreiber). Once there, he meets and befriends a pack of 5 ‘alpha dogs’ named Chief, Duke, Boss, Rex and King. Although the dogs have lost their masters in the exile, they can’t resist helping Atari in his quest. When the lone voice of dissent, Chief (Bryan Cranston), speaks out and says that they will probably all die helping the boy, Rex (Edward Norton) agrees but adds, “It would not be a bad way to go.”

As Atari’s embarks on his search, a groundswell of people coalesces against the Mayor’s decree determined to get to the bottom of this and hopefully save the dogs. Meanwhile, Professor Watanabe (Akira Ito) and his staff are actively working on a cure, but will they find one in time?

Director Wes Anderson’s ‘stop-motion’ follow-up to 2009’s “Fantastic Mr. Fox” is as marvelously rendered as his previous film. Taking place in Japan, all the humans speak Japanese with only occasional translations, however the story is easy to follow, as the bulk of it is told from the dogs’ point-of-view in English. The main characters feature some very familiar and likeable ‘alpha dog’ voice characterizations, most notably done by the equally funny but deadpan Bill Murray as Boss and Jeff Goldblum as Duke. Darker than “Fantastic Mr. Fox,” the film is replete with some unsavory imagery in the form of trash, rats and maggots, making “Isle of Dogs” more Anime than kids’ cartoon. As you might surmise, there are a few cautionary elements worth noting.

Language: Mild. The Lord’s name is never taken in vain nor used in the film, although some fanciful mythological imagery is used to explain the centuries old rivalry between the Kobayashi clan and their canine enemies. Both “son-of-a-bi***” and “bi***” are heard once each, and although the later can easily be referring to a female dog, the former (S.O.B.) is used as a curse by Chief. Other inappropriate language heard includes: “da*n-it” (1), “I’ve seen cats with more b*lls than you dogs” (1), and sexual references made that a female dog ‘made it’ and ‘mated’ with a dog he knew. There is also depressing talk of a canine suicide, not to mention cannibalism, and the overall mood before the dogs begin their journey is as depressing and as bleak as their surroundings. Parents of younger children are therefore cautioned to keep this in mind. (This film is rated PG-13.)

Violence: Moderate. There is a reenactment of a beheading within a play, dogs are seen fighting and an ear is bitten off and then discarded on the ground. Chief, being the fighter of the group, suffers the most damage and is seen missing hair and generally beaten badly after fighting. The boy Atari is injured in his initial crash landing and pulls a piece of shrapnel from his head, minor blood is seen, and he has another piece embedded in his skull for the rest of the film.

During a human meal preparation scene, a live fish, crab and tentacle are shown to be gutted, cut, chopped and turned into various sushi servings. A person eats poison, shown from a distance in silhouette, and the police encircle the area with ‘suicide’ police tape. Keep in mind that all this is done via stop-motion capture, and the violence is not nearly as extreme in appearance were it to be done in a live action film.

Sex/Nudity: Minor. The Mayor’s backside (rear view) is on display briefly when he exits a hot tub, but his servant covers him quickly with a towel. In another scene Atari has stripped to his underwear in order to give a dog a bath.

Alcohol is shown when a small group of people have a toast to celebrate a victory. No drunkenness is implied.

Amidst the story of a boy’s loyalty to the dog he loves enough to risk his life, there are some biblical themes found that positively focus on our sin nature, grief, forgiveness and the rewards of repentance.

SIN NATURE—Chief explains that he was once adopted, but he bit a kid and to this day he does not know for sure why he did it. Paul wrestled with a similar problem when he wrote in his letter to the church in Rome and instead of despairing we should take comfort that this is the natural state of man, but that there is also a solution.

“Therefore if anyone is in Christ, he is a new creature; the old things passed away; behold, new things have come.” —2 Corinthians 5:17

GRIEF—Dog cannibalism is explained as happening only once, and a long time ago, however it is a story told with palpable sorrow. Grief in this context serves to make us regret our actions and hopefully never do them again. The Word of God explains how beneficial this can be to those who focus on God through this pain.

“For godly grief produces a repentance that leads to salvation without regret, whereas worldly grief produces death. For see what earnestness this godly grief has produced in you, but also what eagerness to clear yourselves, what indignation, what fear, what longing, what zeal, what punishment!” —2 Corinthians 7:10-11

FORGIVENESS—Atari is given the chance to denounce his evil uncle, but, instead, remarks on how grateful he is to him for taking him in after his parents died. This is how our Father in heaven calls us to act if we are indeed to be considered His children.

“Do not be overcome by evil, but overcome evil with good.” —Romans 12:21 NASB

REPENTANCE—When we acknowledge our sins that is only the first step, the next step being repentance. At least one major character comes to this realization and does precisely what Holy Scriptures calls all of us to do.

“If we confess our sins, he is faithful and just to forgive us [our] sins, and to cleanse us from all unrighteousness.” —1 John 1:9

“But if the wicked will turn from all his sins that he hath committed, and keep all my statutes, and do that which is lawful and right, he shall surely live, he shall not die.” —Ezekiel 18:21-23

In summation, “Isle of Dogs” seems to me to be an homage to the land and culture of Japan and features a powerful score, complete with taiko drums featured front and center. It is a film told in an almost ‘kabuki-style’ manner that gives the film a gravitas not usually found in cartoons. It is less lighthearted than “Fantastic Mr. Fox,” but equally engaging in its own quirky and compelling way. Recommended.

Positive
Positive—I would have to agree with the reviewer as “Isle of Dogs” is not offensive as a whole, but really isn’t for kids. Besides, Wes Anderson’s quirky humor would definitely go over their heads.

Much like “The Life Aquatic with Steve Zissou,” Wes Anderson’s storytelling is quite weird and fragmented in this film. Sometimes it doesn’t make sense at first but everything comes together at the end. It’s visually stunning and it’s very easy to miss the fact that this film was constructed in stop-motion and not CGI.

To me, this feels like a love poem to Japanese art and culture and Wes Anderson nails it.
My Ratings: Moral rating: Better than Average / Moviemaking quality: 4½

Secular Movie Critics
…Anderson’s most imaginative film to date…
David Ehrlich, IndieWire
…might be his [Wes Anderson's] best yet… a twisting and sharply written ticking-clock adventure…that benefits enormously from a sometimes-dark sense of humor and often-staggering artistry… it's a thoughtful cynicism, which is just another way of describing critical thinking—something the real world could probably use a lot more of nowadays. …
Mike Scott, The Times-Picayune
…“Isle of Dogs” is full of delightful touches, but it’s not Anderson’s best. Nice fur, though.…
Moira Macdonald, The Seattle Times
…thanks to the Far East setting and a rollicking story, this is a fun and fresh-feeling experience…
Nick De Semlyen, Empire [UK]
…richly imagined, drily witty and, finally, barking mad… A winningly dippy hodgepooch of lo-fi sci-fi, band-of-outsiders adventure and the most meme-ready canine antics you’ll find outside of YouTube, this leisurely tale of abandoned mutts taking on a corrupt human government is effectively puppy-treat cinema: small, salty, perhaps not an entire meal, but rewarding nonetheless. …
Guy Lodge, Variety
…There is so much detail in the breakneck race from image to image that “Isle of Dogs” will reward multiple viewings as much as any Anderson film, visually if not narratively. …
Jonathan Romney, The Guardian
…Anderson and his animation team find the film’s soul in these dog’s eyes…
Dom Sinacola, Paste Magazine
…The unique charm of “Isle of Dogs” is its bottomless vault of curios, its sly humor, playful graphic inserts and dexterous narrative detours. …
David Rooney, The Hollywood Reporter
…It’s true that “Isle of Dogs” is a film about scapegoating, political hysteria, and deportation. But it is also—and at its best—a film about dogs. May they never go unpetted. …
Christopher Orr, The Atlantic
…The characters in “Isle of Dogs” may fight. They may get vicious. They may get hurt. They may get sick. But they also get nostalgic. They also get bashful. Their eyes also well up with tears when they reconnect with their loved ones, or when they first realize that love even exists at all. Just like humans. …
Dan Caffrey, Consequence of Sound
…delightful, giddy fun, but it’s more than that. It’s also insightful and relevant, all while existing inside one of the signature wildly creative, self-contained worlds Anderson creates. …
Bill Goodykoontz, The Arizona Republic
…It’s smart and different and sometimes deliberately odd and really funny—rarely in a laugh-out-loud way, more in a smile-and-nod-I-get-the-joke kind of way. …
Richard Roeper, Chicago Sun-Times
…Anderson’s gorgeous stop-motion animated film is much more than just a transdermal patch for America’s cuteness addiction. Instead, he’s crafted a wicked smart satire of moronic local politicians that fits in snuggly with his eclectic oeuvre. …
Johnny Oleksinski, New York Post
…buckles under the weight of its own finicky whimsy. By the end, you might feel exhausted, like a border collie who’s worn a circular groove in the carpet. And you didn’t even make the movie–you only watched it. …
Stephanie Zacharek, Time