for some violence and sexuality. 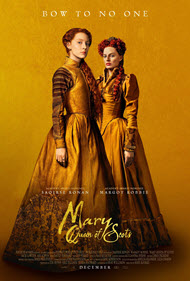 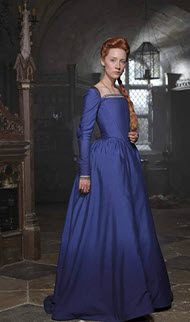 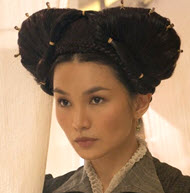 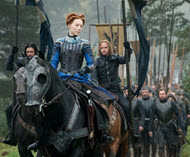 In what ways does great power often corrupt human beings?

About the fall of mankind to worldwide depravity and spiritual blindness 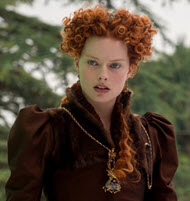 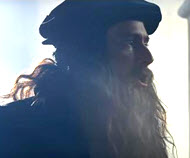 About the real John Knox

Is John Knox portrayed accurately and fairly in this movie?

John Knox was a Scottish former Roman Catholic priest who became convinced that Catholicism was teaching great errors, in opposition to the Bible, and had many corrupt leaders. “Bishops and priests in pre-Reformation Scotland were often appointed for their political connections, and many displayed horrific morals: the Archbishop of St. Andrews, Cardinal Beaton, openly consorted with concubines and sired ten children.” This same Catholic Cardinal later wrongly burned the Reformer George Wishart as a heretic.

Knox left Catholicism and joined the Protestant Reformation movement, becoming an active minister, theologian, and writer who was a leader of the Scotland’s Reformation. He was the founder of the Presbyterian Church of Scotland and helped bring democracy and a constitution to the nation. He was a historian and authored the History of the Reformation in Scotland.

Knox was heavily persecuted for his faith, often in danger of his life, a refugee, imprisoned, and brutally forced to work as a slave on French galleys. He had some flaws, but he was a man of high morals, devoted to Jesus Christ, and “there is ample historical testimony that his moral life was in keeping with his rigorous creed.”

Off-site articles: “John Knox and Scots Reform,” “John Knox and the Scottish Reformation: Christian History Interview — Prophet Without Honor?” / “Knox’s Curious Attitude Toward Women” “Despite his problems with queens, Knox liked women, enjoyed their company, and ministered to them diligently. More than half his surviving letters addressed their spiritual concerns and questions.” (more about Knox is available at the Christian History Institute)

What’s wrong with being Gay? Answer
Homosexual behavior versus the Bible: Are people born Gay? Does homosexuality harm anyone? Is it anyone’s business? Are homosexual and heterosexual relationships equally valid?

What about Gays needs to change? Answer
It may not be what you think. 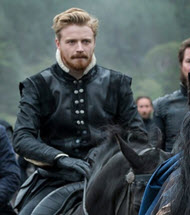 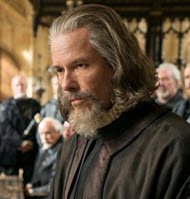 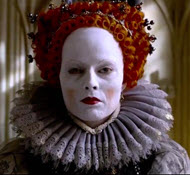 cotland has a long history of enmity with its English neighbors. Henry VII attempted to settle this dispute through the marriage of his eldest daughter, Margaret Tudor, to King James of Scotland. Years later, his two granddaughters faced off in an epic power struggle—Mary Queen of Scots and Elizabeth I. This film follows those events.

After the death of her French husband, Mary Stuart (Saoirse Ronan) returns to Scotland to claim her ancestral throne. Her half-brother James welcomes her with reservation, aware that his Catholic sister’s religion and sex may make her unpopular among the nobility. But her royal blood troubles her English cousin more, since through it she can lay claim to the Tudor throne. Elizabeth (Margot Robbie) responds to her friendly requests for a meeting and an alliance with distrust and skepticism. Her advisers tell her to send emissaries to Scotland, and find Mary a husband “we can control.” She sends her favorite courtier, Robert Dudley (Joe Alwyn), whose ambitions lie on her pillow and not in Scotland.

Mary thwarts them by choosing instead the charming, roguish Lord Dudley (Jack Lowden) whom she discovers too late (on their wedding night) is a drunken lecher. Faced also with contemptuous slander from the formidable prelate John Knox (David Tennant), she makes a desperate attempt to get herself with child—and sets herself on a course filled with murder, betrayal, deceit, and distrust. It also forces her cousin into a terrible decision.

Based on the trailers, this film led me to believe it intended to snag Oscar® nominations, but the lukewarm response from critics and audiences alike sunk those ambitions. Overall, it’s not a terrible film, but it’s not good, either. The narrative so often switches between the two queens, it leaves little time for genuine character development. The music comes in at odd moments and is noticeably absent when it would help the emotional arcs. The cast is wonderful. Ronan is too good for the role, while Robbie steals the limelight from her, with an empathetic and moving depiction of a jealous queen. But beyond the content (which I will address below), what soured the movie most for me was the deliberate rewriting of history.

Historically, both Mary and Elizabeth had strong religious values and upbringings that shaped their worldviews. Each believed themselves “born to be queen,” and this was reflected in their decisions. Historical spoiler alert: even though Elizabeth signed Mary’s death warrant, historically she forbade her cabinet from using it, out of fear that God would punish her for taking her cousin’s life. In the film, it’s a conscious decision, and she admits it may not even be because of Mary’s guilt (implying her councilors may have framed her). But that’s a minor point.

More eyebrow raising is Mary’s modern attitude toward premarital sex, homosexuality, and cross-dressing. She tells a man who confesses that he feels “more himself” in a gown, playing among women, that he should “be true to himself.” She excuses him sleeping with her husband on their wedding night, because “you cannot deny your nature.” She tells her soldiers that regardless of their beliefs, “if we die, we shall all go to the same heaven” (not what Catholicism preached at the time). Her “modern” attitudes and beliefs come across as pretentious and preachy.

Content-wise, there’s a lot parents and sensitive viewers will object to—among them a prolonged scene of oral sex (the camera focuses entirely on Mary’s face and her pleasured reactions), a graphic sex scene that becomes violent (they slap each other around for part of it), a forced sex scene intercut with a wedding (a man threatens her with rape, and she “consents,” but it’s clear from her face she’s being raped), a scene in which a married man gropes a woman in a stairwell, and Mary finding her husband in bed with a naked man after their wedding night.

Most of these scenes contain partial side or backside nudity.

There is very little bad language other than the term “whore” or “bastard.”

The violence can be harrowing, including gruesome battle conflicts, a man slapping a woman (she retaliates by pounding on his chest), and the horrific murder of one of Mary’s friends. She shields him until they threaten to cut her pregnant belly, then stands aside helplessly crying while they stab him dozens of times. The camera also lingers on a drop of menstrual blood, and sees Mary’s breasts through sheer fabric in the bath and in bed with her husband.

The Reformist preacher John Knox uses his pulpit to stir up hatred and antagonism against the queen with his sexist views (he cries that the only thing worse than a Papist is a queen); he is the only character to show any affinity for religion, which makes the overall take of the film toward faith one of negativity (although that is accurate to the period). As an amateur Tudor historian, I found the script ambitious, but the inaccuracies (which ranged from small details to the costumes) and revisionist approach disappointing.

Editor’s Note: Was John Knox a mysoginist?
“Knox’s views and encounters with the Scottish Queen were atypical of his relations with women. He did not deserve the label of complete misogynist often attached to him and in the biography emerges as a far more complex and multi-faceted character.” —Professor Jane E.A. Dawson, University of Edinburgh (HistoryOfScotland.com)

“If he called her [Mary Queen of Scot] Jezebel in her Roman Catholic impositions, he also prayed she would become a new Deborah.” —Simonetta Carr, placefortruth.org

Negative
Negative—I love period movies and always make an effort to be objective. Sorry to admit that this revisionist story of the Queen was irritating enough for me to leave mid-story. The sad part is that many will see films such as these and actually believe them.
My Ratings: Moral rating: Extremely Offensive / Moviemaking quality: 2½

Secular Movie Critics
…royally stretches credulity…
Kate Taylor, The Globe and Mail (Toronto)
It’s woke, but is it accurate? …rarely has a period piece put so many progressive 21st-century political views into the heads of characters who lived 500 years ago…
Nate Jones, Vulture (New York Magazine)
…The aesthetics of her execution in Mary Queen of Scots—namely the tearaway black dress, the blazing red one underneath, and the fact that she hasn’t aged a day during her 19-year imprisonment—all seem to underscore the biopic’s guiding principle, for better or for worse: Where the two conflict, the legend wins out over the reality every time.
Alex Barasch, Slate
…The film, for all its prestige and edginess, its lofty goals and contemporary messages, is not a particularly engrossing experience. …
Lindsey Bahr, The Associated Press
…Dr. Estelle Paranque said the meeting between the two queens never happened. The historian said the film…was “problematic” and could mislead viewers about their relationship. Dr Paranque also said that Mary, who was raised in France, did not have a Scottish accent. [etc.]…
BBC
…a two-dimensional take on an intricate piece of history. It’s a tale that’s been told better before, and Willimon’s modern updates are less enlightened than they initially seem. …
David Sims, The Atlantic
…Robbie…is the stodgiest Elizabeth ever filmed. Wildly miscast, she turns the accomplished queen into a vain old crone. She constantly whines about how beautiful and young Mary is, and is traumatized by her own smallpox scars. She tears up as she speaks of her courtly difficulties, saying, “I am more man than woman.”… [1½/4]
Johnny Oleksinski, New York Post
…What’s mysterious about this film is why, with so much on its mind and such gifted stars to express it, the drama should be so unaffecting…
Joe Morgenstern, The Wall Street Journal
…Despite the sometimes clever and surely deliberately anachronistic dialogue… “Mary Queen of Scots” often comes across as stultified and stagnant. …
Richard Roeper, Chicago Sun-Times
…the overall production stumbles through writing mistakes, has a drab look and a storytelling structure that puts the main event so deep into the tale it’s almost an afterthought. …
Rick Bentley, Tribune News Service
…The problem, as I see it, is that in spite of director Josie Rourke’s solemnity, her passion for translating history into modern terms doesn’t always jell. …
Rex Reed, The New York Observer