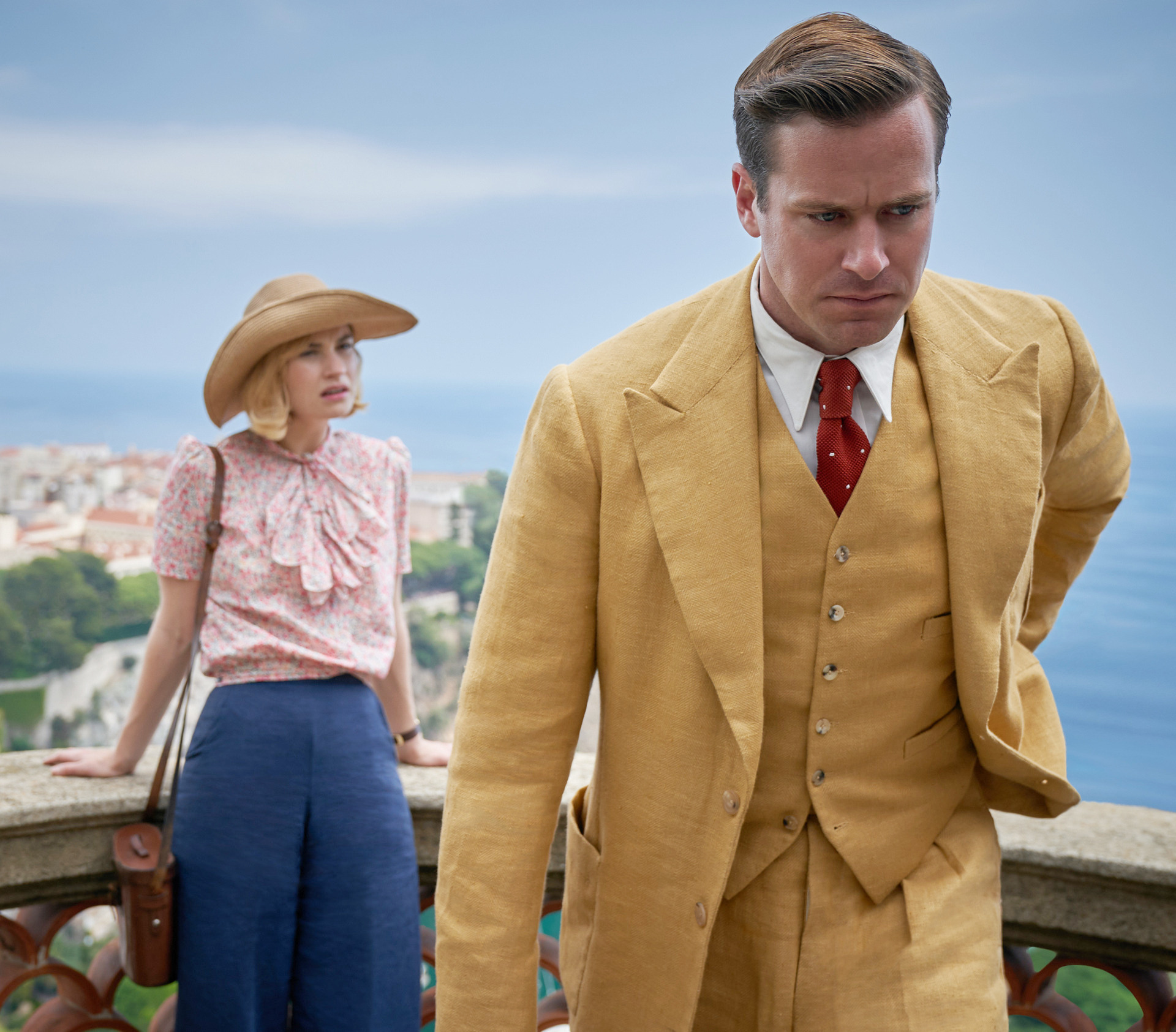 for some sexual content, partial nudity, thematic elements and smoking. 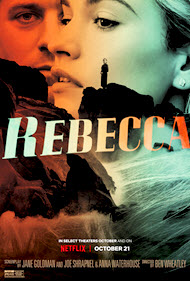 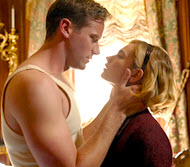 Young woman who impetuously marries a wealthy widower, only to discover she must battle the memory of her husband’s late wife which hangs over him and his household 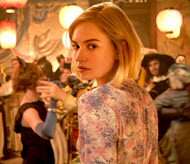 Feeling the need to live up to the beauty, urbanity, and charm possessed by one’s predecessor

Wealth and reponsibility for running an important estate 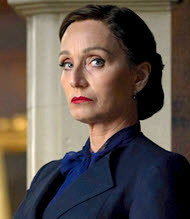 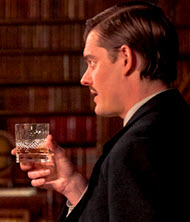 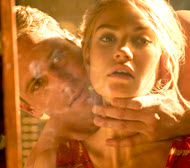 Husband who keeps dark secrets from his wife

Being falsely accused of committing adultery 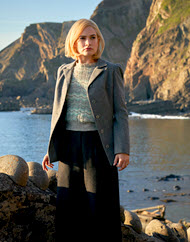 Trying to be a good wife / What does the Bible say about WIVES?

What does the Bible say about HUSBANDS?

People who purposefully attempt to undermine a marriage

Being encouraged to commit suicide

Though author Daphne du Maurier published many novels, Rebecca (1938) may be her most famous. It’s the first person narrative style of a nameless heroine who feels overshadowed by the absent “first wife” of her husband, Max de Winter. This recent adaptation (given a limited screen release and then released to Netflix) changes crucial plot points to make its heroine more ambitious and gives the story more of a climax. It may disappoint fans of the book, but it’s also an eerie exploration of the lengths people will go to to conceal their sins.

Our heroine (Lily James) works as a companion to a wealthy employer on a tour of Europe. When her employer falls ill abroad, she’s left with nothing to do but spend time with the handsome Max de Winter (Armie Hammer). The two ride about the island, share picnics, and visit gardens, but she finds him difficult to read and haunted by thoughts of his first wife, Rebecca.

When her employer recovers and intends to whisk her away to America, Max proposes to keep her in his life. After their marriage and honeymoon, they go to his home of Manderley, an estate on the British coast. But while the new Mrs. De Winter wants nothing more than to settle into her comfortable and lavish new life, it seems like Rebecca is everywhere—from the stationery in the study to the books in the library. Even her room is kept as it was before she died, by the sinister housekeeper, Mrs. Danvers (Kristin Scott Thomas).

When a boat capsizes on the beach a short time later, it digs up old memories… and forces Mrs. De Winter to do all she can to protect her husband from a decade of delayed consequences.

Considered a remarkable novel by many, Rebecca is a masterpiece of writing in how it skillfully suffocates its heroine with thoughts, memories, fears, and ideas about its long-dead titular anti-heroine. It’s difficult to bring the same tension to the screen, but this adaptation does so to the best of its ability. It cuts the slower sections of the story, gives the heroine more of a narrative thrust (she takes matters into her own hands, instead of being helplessly pulled along by the events in the second half of the story), and raises the stakes against Max as evidence piles up against him.

But I wish they had not changed one particular thing. The novel makes much of the fact that where Rebecca was scandalous, the heroine is shy and moral. Where one woman chased men indiscriminately, the second is surprised anyone would pay attention to her at all. So the inclusion of a premarital sexual encounter undermines the parallel. Her innocence, her sweetness, and her shyness is what draws Max to her in the first place, but it’s harder to believe in the 1930s that she would not expect to be proposed to after an afternoon fling and still greets his proposal in bafflement. It is unnecessary. (It isn’t graphic, but there’s a lot of prolonged kissing, and he unfastens her bathing suit top).

There has been endless speculation about Mrs. Danvers as a lesbian over the years, but the film does not go out of its way to take sides. She makes it clear she loved Rebecca (“She is the only person I have ever loved”) and would do anything for her, but it’s up to the audience to decide if that was a maternal bond or that of a frustrated, thwarted lover, especially since she raised Rebecca from childhood and came to Manderley with her as a married woman.

At the risk of revealing a crucial plot point, we discover a murder ended Rebecca’s life, and the heroine does all she can to get the person responsible “off the hook.” There’s no mention made of redemption, imprisonment, or atonement for their sin; her love for them is “enough” to erase his misdeeds in her mind so they can start afresh. It’s implied Rebecca wanted this person to kill her, to avoid a more painful and slow death.

There’s also a lack of communication between the married couple—the heroine wants to talk, but finds her husband withdrawn, secretive, and hot-tempered. He often berates her or bullies her without explanation, but he does apologize later.

Content-wise, there are a few scattered profanities and abuses of God’s name (“Oh, my g*d!”). Romantic scenes of kissing between a man and a wife. Cleavage in period gowns. Fisticuffs between two men lead to a bloodied nose. A man waves a gun around, then presses it to his chest and puts a woman’s finger over the trigger, but she does not pull it. A suicide (a person leaps to their death in the sea). In addition to the early love scene, there’s a brief shot of a naked couple entwined in each other’s arms on a boat, seen through a telescope on the shore. References are made to Rebecca’s affairs with men (including an incestuous one with her cousin), and a suspected out-of-wedlock pregnancy.

The cast is brilliant, but Kristin Scott Thomas gives a standout performance as Mrs. Danvers. She brings a new level of vulnerability and sadistic menace to the role that makes viewers unsure whether they want to give her a hug or stay as far away from her as possible. Laced into those tight, strict garments as severe as her cold disdain, she stalks through the house like a living ghost forever in tribute to Rebecca’s memory.

The atmosphere is wonderful. Manderley has never been prettier, the woods greener, the ball more trippy or inviting, although the script does lag in the middle, and book enthusiasts might not like the changes toward the end. I expected to enjoy it and I did, despite its flaws. Its creative take on a beloved novel gives a new generation the chance to discover the mysteries that surround Manderley.