for macabre and rude humor, violence and language. 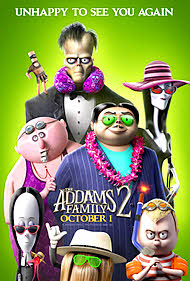 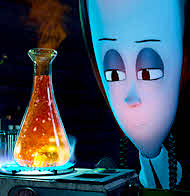 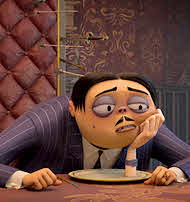 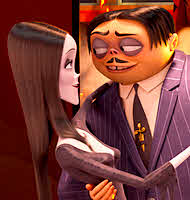 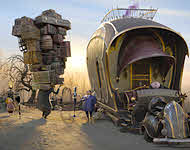 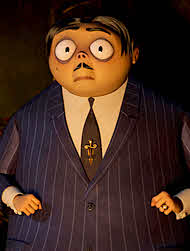 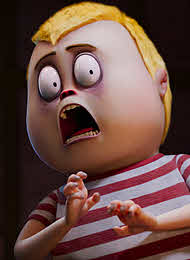 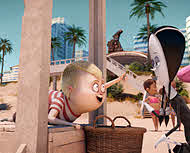 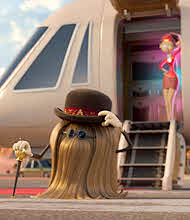 Every family has its issues, and the Addams family is no exception. Take Wednesday Addams for example. She really does feel like the lone sheep of the family. She’s brilliant, refined and precise, whereas her family, she claims, is less than so. In fact, during a science competition, she is able to create a formula that harnesses the intelligent aspects of a squid and transfers it to her Uncle Fester (not without some nasty side effects of course).

On their return home from the science competition, Gomez Addams, the pater de familia, notices his daughter is distraught and distant. He decides the best way to fix this is to take the family on a family vacation in the RV across the most disturbing parts of the country. However, they won’t be alone. Someone challenging Wednesday’s relationship to the Addams family will be on their tail the entire time.

Is Wednesday not really an Addams? Is this why she feels like an outcast? Does she really belong to another family? It’s a vacation unlike any other, mysterious, ooky …and just a little bit kooky.

Just because a film makes a lot of money in its initial release or receives a lot of attention does not necessarily mean a sequel HAS to be made. I’m not sure how many times filmmakers and production companies need to hear this message before they finally understand that sometimes one is enough.

“The Addams Family 2” is a prime example of what I’m talking about. As I had stated in that previous review, while it had some decent performances (as does the sequel), the political messaging in the first film (and there is some in the second), was enough to give the film a huge thumbs down. There was absolutely no need to make a second Addams Family.

Apart from a few performances and tender moments, “The Addams Family 2” just doesn’t work. It tries WAY too hard to be funny. There was a family behind me at the showing, and they didn’t laugh once. The elements and things that defined “The Addams Family” television series are even further voided in the sequel.

Lastly, it tries to handle the issue of paternity and self-identity in a confusing and sometimes inappropriate manner; parents are probably going to have to answer a lot of questions with their children about DNA, biology and identity and what they all have to do with family. I know the child behind me was asking his father during the film what was happening and who Wednesday belonged to and why. It just seemed like the sequel handles these issues with poor taste.

The bathroom and toilet humor is far heavier this time around. A character is hit with a bag of feces, people are thrown into mounds of poop, a lion defecates on a beach, there’s farting, etc. Fester, as a squid, inks himself in a way suggestive of urination or perhaps diarrhea. We hear some of the Snoop Dogg lyrics to his rap song “Drop It Like It’s Hot,” including the phrase “When the pimp’s in the crib.” There is an extended scene that deliberately (and offensively) makes fun of the South (mainly Texas) and pageants. There is an inappropriate scene where a character cuts a rope, red paint spills on some young girls at the pageant and they scream (a throwback to the scene from the movie “Carrie”). We see a girl who was turned into a pig, and a mom who was turned into an ostrich. An hybrid animal is disturbing and frightening to look at.

VIOLENCE: Note: I was not able to keep note of every moment of violence, as there is a lot, but most of it is slapstick in nature. Someone sets a school gym on fire with a science volcano experiment. A character falls down the stairs and lands on the floor pretty hard. Someone is given a severed finger as a “tip.” A character is suffocated with a pillow, but survives. A few characters are pushed over a waterfall in barrels. Newborn babies in a hospital are seen being juggled. Some guys are electrocuted. A character is eaten by a lion but spit out. Someone is punched in the face as they are driving their vehicle and they crash into a pile of manure. Earrings are stapled on to a woman’s earlobs. Blood seeps through walls. A villain gets a wedgie, curls up and bounces around like a bouncy ball. Two people are crushed by a creature. A boy’s tongue is gripped with pliers. There is a violent confrontation with a mob of townspeople out to destroy the family with fire, boulders, and pitchforks. A family is gassed and passes out. A guillotine is featured more than once. A character passes out from witnessing an event. Numerous weapons are displayed—grenades, bombs, spears, spear guns, knives, axes, sabers, swords, arrows, and more.

LANGUAGE: Language includes but is not limited to (as I could not list everything): “gave him the finger,” the letters O.M.G. are heard once, a character curses in an unknown language and another character responds, “Yeah the same to you too buddy!” Someone mentions “Fester’s body is changing,” and someone else replies, “Puberty?” There is a conversation about how Niagara Falls kills the most tourists, and a conversation about how a Barbershop Quartet was decapitated so the heads could sing for a party. There is a discussion about snuffing out witnesses who know about Wednesday’s actual relationship to the Addams family. A character is holding what seem to be juggling balls when he starts to fall down some stairs. He exclaims, “My balls! My head” as he tumbles. The words “freak,” “idiots,” and “mutants” are also used in reference to people.

SEX/NUDITY/SENSUAL MATERIAL: A young boy is given advice by his uncle on how to pick up girls (with pick up lines and such). Women are shown in bikinis. A couple shares passionate kisses. Some of the family accost townspeople by slicing off their pants, leaving the exposed in differing types of underpants. The hairy character named “It” (voiced by gangster rap and marijuana mogul Snoop Dogg) is shown “surfing various adorned hand photos” which a reviewer descibes as “clearly his version of pornography.” In a bar, two women are very briefly seen dancing together. A married couple utter suggestive things to each other, including “You inflame me!” A man is shown bathing in tub. Another male character is shirtless in his underpants in a couple scenes. A character who is very hairy mentions that he shaved his entire body when he was young. A group of bikers wear shirts that expose their stomachs.

OCCULT: A character uses a voodoo doll to hurt their brother in a few scenes. A boy appears to become possessed, with eyes rolled back, scurrying up a wall and across the ceiling. A character reads someone’s mind. All in all, the film itself has a dark and macabre feel to it, even though the setting is different from the first film.

Learn about spiritual LIGHT versus DARKNESS

ALCOHOL/DRUGS: There are some scenes involving alcohol—martinis, beer and others. A character says that two other characters “hit the catnip pretty hard,” and we see those two characters passed out later.

The attempted lesson of this film seems to center around the concept DNA and biology are not the only thing that define what a family is—a family is those individuals that understand each other and accept each other in spite of each other’s differences, blood-related or not.

God’s family is a bit different. God’s family is not determined by those to whom we are or aren’t related to by blood. All those who have truly believed in the Lord Jesus Christ, repenting of their sins, become reborn (regeneration) and are a part of God’s family—brothers and sisters in Christ—heirs of the King, regardless of their past or where they’ve come from.

“But as many as received Him, to them He gave the right to become children of God, even to those who believe in His name,” —John 1:12 LSB

“Therefore if anyone is in Christ, he is a new creation; the old things passed away; behold, new things have come.” —2 Corinthians 5:17 LSB

“So then you are no longer strangers and sojourners, but you are fellow citizens with the saints, and are of God’s household,” —Ephesians 2:19 LSB

“See how great a love the Father has given to us, that we would be called children of God; and we are. For this reason the world does not know us, because it did not know Him.” —1 John 3:1 LSB

What does the Bible say about heirs?

The Kingdom of God—What, when and where is it? Answer

When it comes right down to it, “The Addams Family 2” is not mysterious, it’s not even kooky, it’s just down right ooky …and not in a good way. What it lacks in humor and plot, it partially makes up for in fairly decent performances by the cast and some good animation. Still, the content of this film is dark and very questionable for a young people, and many discerning parents are going to either want to preview the film beforehand or wish they had afterward. My advice is to skip this film entirely. It is not worth you or your children’s time.

Secular Movie Critics
…flat and uninspired… it’s often too dark and grotesque and bizarre for children, but also profoundly unfunny when it tries to appeal to the grown-ups. …
Richard Roeper, Chicago Sun-Times
A sequel that’s better off dead …The entire story feels fairly slapped together, with yet another odd array of jokes and references that seem pitched at such a specific subset of audience that it’s hard to see the film appealing even to the parents who may have begrudgingly been dragged to the theater, or are sitting in the same room as their kids if they rented it at home. …
Josh Spiegel, SlashFilm
…The aesthetic de-evilution of the creepy, kooky, and altogether ooky cast of characters known as the Addams Family elucidates a reverse Darwinism: Call it survival of the witless. …your kids will be snoring and you may want to scream … and not in a good way. [1/5]
Steve Davis, The Austin Chronicle
…“The Addams Family 2” feels longer than it actually is… there’s something about this sequel that just isn’t working. …the film itself is mostly boring…
Lovia Gyarkye, The Hollywood Reporter
… corpse of a kids’ comedy… There’s barely a laugh in the thing, and I’m not kidding about that. …
Roger Moore, Movie Nation
…Really, it’s just kind of ghastly—and not in the intended way. …just the smell of a rotting franchise… [2/5]
Cath Clarke, The Guardian [UK]