for suggestive material and language. 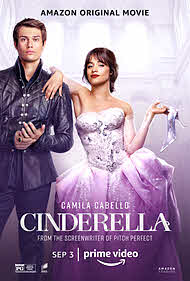 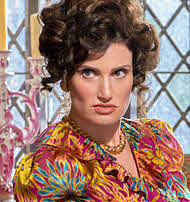 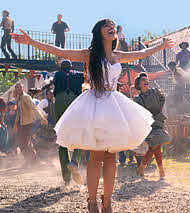 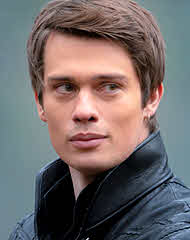 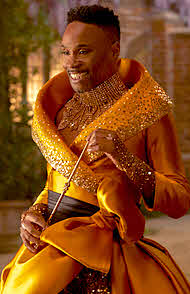 GAY—What’s wrong with being Gay? Answer —Homosexual behavior versus the Bible: Are people born Gay?

All people are valuable—girls and boys, women and men

Men who are misogynistic or oppressive toward girls and women 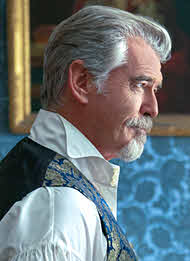 KINGS in the Bible

QUEENS in the Bible 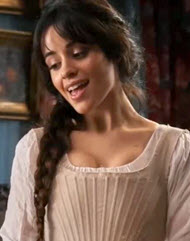 About MUSIC in the Bible 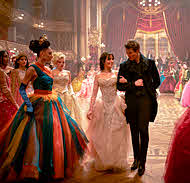 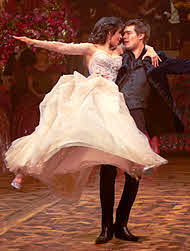 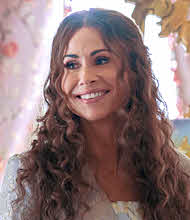 In this visually dazzling fairy tale update, Ella (Camila Cabello) lives in a kingdom besieged by sameness. As the fabulous godmother informs us in a voice over, it’s full of generations of people mindlessly doing whatever is expected of them… until Ella comes along. This bright, creative girl has big dreams of owning her own dress shop, as a master dressmaker.

Though forced to serve her stepmother (Idina Menzel) and stepsisters, Ella spends her free time holed up in the basement, sketching designs and playing around with fabric, hoping one day for her big break.

Everyone scoffs at her dream, including the local townspeople, who sneer at the idea of a woman owning a business! Her stepmother devotes her time to trying to prepare her girls for “life,” in which either they marry up… or they get stuck in drudgery (hanging their own laundry).

In the meantime, Prince Robert (Nicholas Gailitzine) has yet to find a wife and doesn’t seem that interested, much to the frustration of his pompous father, King Rowan (Pierce Brosnan). Unless Robert finds a wife, his father threatens to hand the kingdom over to his daughter, Gwen (Tallulah Grieve).

When a perky Ella unintentionally draws the attention of the royal family at a local shindig, the prince sets out to find out who this girl is who dared to defy tradition and climb up on a royal statue for a better view. His delight at finding and bantering with her in the marketplace leads him to plant a crazy idea in his father’s head—let him invite anyone to the ball, any girl at all, and he’ll get married!

The night arrives, Ella finds herself without a dress… and it’s time for a little magic to change her life forever.

Given the various people involved in the project, I expected a even more “woke” version than I got. What’s there is somewhat typical for a modernized, feminist version of the story—most of the men (who don’t start out as mice) are arrogant, conceited, and scoff at the idea of strong women… surrounded by strong, opinionated women who teach them to be more open-minded by the end. Thank goodness the women are around to civilize them!

The Fab G (“fabulous godmother”) is played by LGBT actor Billy Porter in a dress (a flamboyant effeminate man as a “genderless fairy”).

Unfortunately, at the end of the movie, Ella and the prince decide rather than get married, to “travel around the world together,” and resist having a “label” put on their relationship.

Is formalized marriage obsolete? Answer —What does the Bible say about marriage?

That being said, I liked the twist of Ella caring more about her dreams than romance. The script also takes the time to flesh out the evil stepmother and make her three-dimensional, rather than just being mean for the sake of it. She has reasons for her “heartless” behavior (she doesn’t want the girls disappointed by a life she tried to have, but failed to get).

The costumes are fabulously, intentionally gaudy, which makes for a fun, colorful production. Many of the gowns also show various amounts of cleavage.

The soundtrack consists mostly of pop songs with the lyrics tweaked here and there. Even though I wouldn’t have minded a few changes, I found it a rollicking good time, and would probably buy the soundtrack.

The film includes a couple of veiled sexual references; a princess is willing to marry the prince, and says on occasion they must perform the “disgusting” practice of trying to make a son. On her way out, she says he hasn’t got much going on “upstairs… nor downstairs, either,” she suspects. Other women (Malvolia and Narissa) tell Prince Robert they want to have his baby.

Some of the dancing is sensual and a bit provocative. Men ogle women, and women men.

There’s a sexual innuendo rumor about the Prince still receiving spankings from his attractive mother, the Queen (“gets spanked on the tush-tush”). The prince dismisses this by saying that they get along well, but “not THAT WELL.” Ella and Prince Robert kiss. The king and queen sing about having made babies together.

One of the mice confesses he just peed, and “you’ll never guess how it works!” with a reference to his “front tail.”

The words “Holy Hell” are used. A mouse squeaks out, “Holy fudge!” in surprise. There are two uses of the British term “bloody,” and several uses of “Oh my G*d!” and “G*d.” “What in G*d’s name?” is also said, as well as at least one other inappropriate use of the word H*ll.

Measured against the other Cinderella adaptations, this one is all about female empowerment, and offers a slew of terrific vocal talent, but the Disney film from a few years ago had a much better message in its simple but profound encouragement for women to “have courage… and be kind.” This Ella isn’t unkind, in fact she’s very likable, but she knows what she wants and is going after it! As it turns out, marriage isn’t in her future, but living with the prince is, which disappointed me.

Secular Movie Critics
…obnoxiously cheeky postmodern sensibility… displays a contemptuous attitude toward fairy tales in general… less a reimagining of the classic fairy tale than a fashionably woke dissertation about the antiquated nature of fairy tales… [1½/4]
Wes Greene, Slant
…a Cinderella for the “Mamma Mia!” crowd… pop confection aimed squarely at preteens…
Caroline Siede, AV Club
…A strenuously woke ‘Cinderella,’ for the #MeToo era… A feminist recasting of the familiar story is welcome, of course, but the screenplay focuses so insistently on its female-empowering message that it feels at times like we’re just getting hit over the head with it.…
Jocelyn Noveck, Associated Press
…One-Note Girl-Boss Feminism… Some profundity would make the girl-power messaging seem less superficial. …The musical numbers, much like the entire film, are uneven in tone.…
Yolanda Machado, TheWrap
…strident, sassy and silly, all at once… CINDERELLA…is far less interested in enchantment than in dismantling the entire sexist, classist racket. In this jukebox musical-slash-feminist manifesto, the lowly servant girl…now nurtures dreams of entrepreneurship, not marriage and the prince of her dreams…happily takes a back seat to her girlboss ambitions. Even the wicked stepmother…is no longer a rival but a sister under the skin, her cruelty a function of a flawed and oppressive system. …” [2 stars]…
Ann Hornaday, The Washington Post
…Unwilling to deviate from its narrow lens of girl-boss feminism, this Cinderella …feels like an algorithm rather than entertainment.…
Roxana Hadadi, Fox 10 Phoenix
…This is clearly very different from Kenneth Branagh’s very trad fairytale Cinderella from 2015, starring Lily James, but doing Cinderella straight is almost unthinkable in 2021. …With help from mouse-turned-footman James Corden and a genderqueer fairy godparent, Camila Cabello’s Ella gets to go to the ball in an outfit of her own creation…
Peter Bradshaw, The Guardian (UK)
…At times, it almost feels as if Prince Robert is the star of this “Cinderella,” with so much screen time devoted to his struggles against his stodgy father King Rowan (Pierce Brosnan), who so desperately wants to own a sea monster (just go with it), and his younger sister Gwen (Tallulah Grieve), a born ruler with the unfortunate impediment of being born a girl in a decidedly man’s world. The relationship between Robert and Ella, on the surface, feels like the film’s take on the Harry and Meghan story…
Kristen Lopez, IndieWire
…mediocre musical… While Cannon's creative approach and jukebox musical style point to an elegant redesign of this most familiar of garments, her execution puts quite a few tears in the fabric. …Lavish musical set-pieces, this film’s bread and butter, fail to immerse or transport audiences as intended. …
Courtney Howard, Variety
…An uninspired, slap-dash musical built directly from the Pitch Perfect mold, designed specifically to cash in on the popularity of Disney's live action remakes and make a film star out of its lead. Cabello does her best... but has some way to go.…
Dave Lee Down Under
…a bombastic musical, trips at the first hurdle by going against that fundamental idea. Cinderella gave us simple instructions — and this new film unfortunately ruins that by overcomplicating everything. …CINDERELLA is so stubborn about retooling a perfectly entrancing story (why would we keep retelling it, otherwise?) that it feels like it sets the fight for female independence back to the moment we first placed our faith in that unassuming, kind young woman — some 70 years ago. Cinderella is given more independence, but at what cost? An irritating script ruins the sincere magic of the beloved story – strong music isn’t fabulous enough to preserve the DNA of a classic. [2 stars]…
Ella Kemp, Empire [UK]
…It’s never a mystery for one minute how this Cinderella will end, with the journey there aggressively irritating and blindingly outrageous from a creative standpoint…
Robert Kojder, Flickering Myth
…This remake contains some magic, but it fades away long before the strike of midnight.…
Tim Grierson, Screen Daily
…Everything in CINDERELLA, admirable as its message may be, is soulless—and that robs it of any joy.…
David Sims, The Atlantic
…incoherence isn’t quite bliss…
Lily Janiak, Datebook