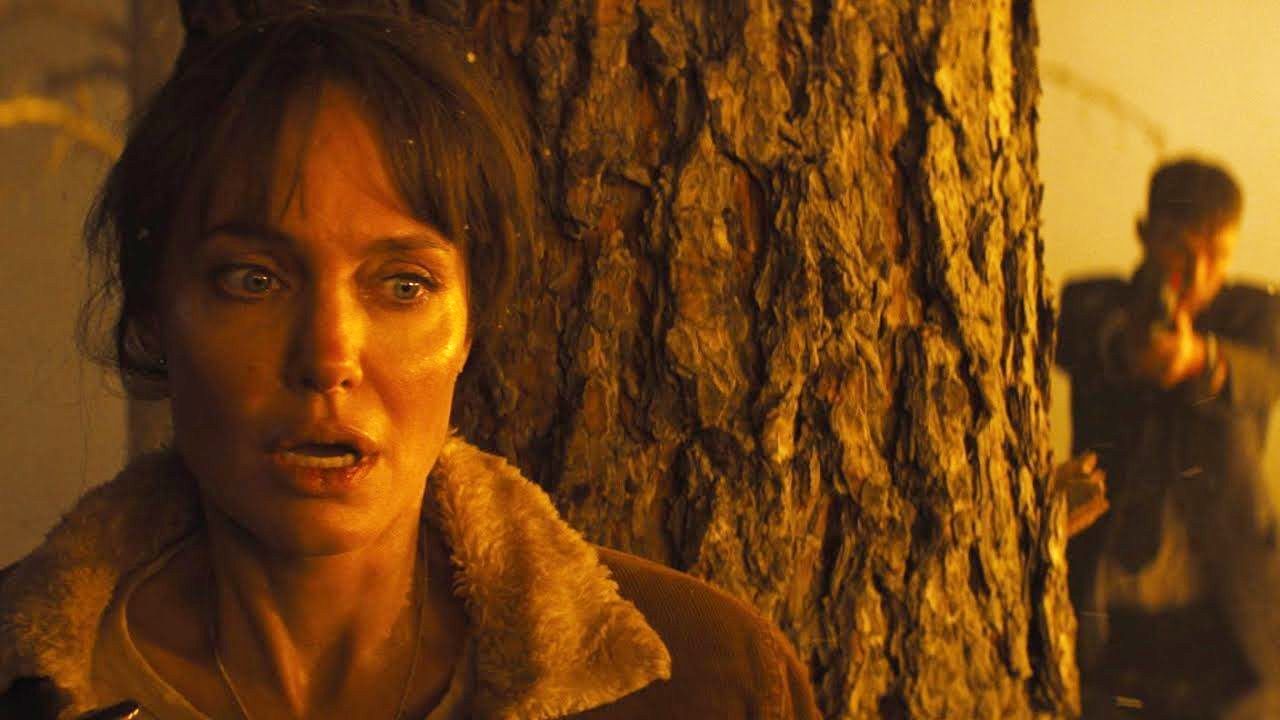 Those Who Wish Me Dead

for strong violence, and language throughout. 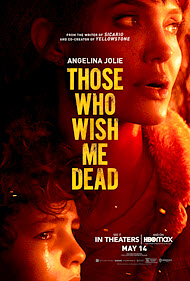 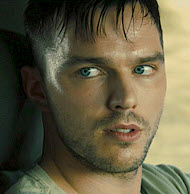 Being orphaned at a young age

Fighting for survival in wilderness against murderers / assassins 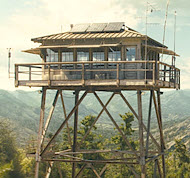 Danger of storms and lightning

Being struck by lightning

About LIGHTNING in the Bible

What is lightning good for? Answer 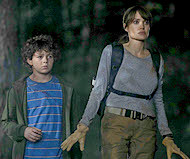 This film is based on crime novelist Michael Koryta’s book of the same name.

This is definitely a movie that had me on the edge of my seat throughout. I saw it with my brother who’s at the moment in a school to be a firefighter; it kept his attention as well. It’s a movie that reminded me of a rollercoaster ride, and kept me hoping and rooting for the main characters to survive the turmoil.

There were moments when this film made me think of the 1994 movie “The Client” (Tommy Lee Jones and Susan Sarandon) and that is because the 12-year-old boy character Connor has something in common with Mark (Brad Renfro), the main character in“ The Client.” Both of them never seemed to catch a break. In “The Client,” Mark witnesses the suicide of a famous Mob lawyer, and later on the Mob is coming him. However, in “Those Who Wish Me Dead” Connor’s father is shot to death, and the bad guys are out to kill him because he is a witness and they are worried about what else he might know.

“Those Who Wish Me Dead” is not only a coming of age story but also a tale of survival and about overcoming one’s inner demons (fear, anxiety and feelings of guilt). When we first meet smokejumper Hannah (Angelina Jolie) it is in the beginning of the movie where we see her at her job (there’s are a few seconds of someone on fire) before she wakes up screaming in her bed.

Later on, she jumps off of the back of a pickup truck and pulls her parachute ripcord (risky behavior). Like Hannah, I struggled with mental health, and like her I blamed myself for traumatic things that happened to me in the past, and like Hannah in one scene she harms herself with a knife. That is something I used to do along with others who struggle with depression and anxiety, my inner demons.

I dealt with trauma, but mine was abuse from my alcoholic father before he was kicked out for good. Like Hannah I struggled with guilt over what happened and I think that’s something a lot of audiences can relate to and resonate with on different levels.

My favorite part of the movie is when Hannah and Connor are going to run downhill during a lightning storm. She’s going to tell him when to stop and they’ll take turns evading the lightning bolts. As they run, it appears that the lightning hits her, and Connor runs to her and says sadly, “No, no, please,” before Hannah tells him that it isn’t his fault, until she realizes that Connor is talking about his father that he witnessed being murdered. He is crying and crying against her, and she comforts him, holding him and telling him to let it out.

I know what it feels like to hold on to negative emotions too long, and the need to let them out when you feel like bawling your eyes out for whatever reason—in a healthy way instead of with self harm. A verse that comes to mind is Psalms 56:8 which suggests that tears are prayers too, they communicate to GOD when we can’t speak.

“…I have loved you with an everlasting love…”

“Come to me all who are weary and carry heavy burdens and I will give you rest.” —Matthew 11:28 NLT

I loved the dynamic between Hannah and Connor throughout the movie. In various ways, she becomes a “mother figure” to Connor as the story progresses. Both of them are overcoming their turmoils. In Connor’s case, it is the trauma of his father’s murder and the aftermath. In Hannah’s case, it is the perceived guilt of not having being able to save three boys. The fact that she’s able to help Connor gives her a sense of redemption. The story has murderous men coming after them throughout, and after Connor’s uncle Ethan and his pregnant wife.

Hannah teaches Connor how to survive, and they learn to help and trust each other, along with loving each other.

Proverbs 27:9 reminds me of the film’s two protagonists.

“…A sweet friendship refreshes the soul.” —The Message Bible (excerpt)

A Psalm of David comes to mind…

“I will instruct you and teach you in the way you should go; I will counsel you with my loving eye on you.” —Psalms 32:8 NIV

The emotional journey Hannah and Connor experience is something many can relate to.

During a fight with the assassins one of them tells Connor that he is going to show him what happens when he runs and hides. Like Connor, I hid a lot growing up when I was scared of my father. There have been times when I hid under my desk in the classroom when I was 4 because I was afraid of my teacher. I struggled with fear for so long.

Something that Connor goes through is being unable to trust others. Many have struggled with mental health in our lives, and many have come from a traumatic environment in broken homes.

Tips for those who suffer

Her are some verses that mirror this movie in so some ways and also mirror what I wrote regarding the movie.

… “Fear not, for I have redeemed you;
I have called you by name, you are mine.
When you pass through the waters, I will be with you;
and through the rivers, they shall not overwhelm you;
when you walk through fire you shall not be burned,
and the flame shall not consume you.
For I am the Lord your God,
the Holy One of Israel, your Savior. … —Isaiah 43:1-3 ESV excerpt

We are troubled on every side, yet not distressed; we are perplexed, but not in despair; persecuted, but not forsaken; cast down, but not destroyed; —2 Corinthians 4:8-9 KJV

…when I fall, I shall rise; when I sit in darkness, the Lord will be a light to me. —Micah 7:8 ESV excerpt

“For I know the plans I have for you,” declares the LORD, “plans to prosper you and not to harm you. Plans to give you hope and a future.” —Jeremiah 29:11 NIV

GOD can restore what is broken and change it into something that is amazing. Have faith in Him. He…

…comforts us in all our troubles, so that we can comfort those in any trouble… —2 Corinthians 1:4 NIV excerpt

Although the story is well-acted, emotional, has some morally uplifting moments and is of high technical quality, there are issues of concern for followers of Christ.

VIOLENCE— This film’s violence is definitely a red flag for viewer caution, especially for those particularly sensitive to violence. This is a sample of the violence that occurs. People are killed or wounded using fire, a car, knife, a pickaxe, a sledgehammer, rifle, and abundant machine gun fire. The boy’s dad is shot dead (slightly bloody), and his uncle is also shot. Bad guys shoot a woman, and although it’s quick we do see a bit of blood. A woman is repeatedly punch and her face beaten bloody. One of the bad guys is shot to death, and another, after losing a fight with Hannah (who used her sledgehammer), he is burned to death, and we hear him screaming. Note: This was a part where I closed my eyes. One of the bad guys violently interrogates a man’s wife and after finding out she used a distress signal word, he beats her until she uses something to light him on fire (another part where I closed my eyes).

About profanity and vulgarity

You shall not misuse the name of the Lord your God, for the Lord will not hold anyone guiltless who misuses his name. —Exodus 20:7 NIV

…rid yourselves of all… obscene speech from your mouth —Colossians 3:8 NASB excerpt

The fear of the Lord is hatred of evil. Pride and arrogance and the way of evil and perverted speech I hate. —Proverbs 8:13 ESV

I loved the film’s ending, and am pretty curious as to what a sequel would be like.

Cleaner alternative viewing choices with somewhat similar situations (a boy in deadly peril) include 1984’s PG-rated “Cloak and Dagger” (based on the short story The Boy Cried Murder) and 1994’s PG-13 “The Client.”

What is HOLINESS and why are we to pursue it? Answer