This ancient city is mentioned many times in Scripture. It is one of the 5 idolatrous royal cities of the Philistines on which the Ark of the Covenant brought calamity after they captured it from the Israelites (1 Samuel 4-5) during the time of Eli and Samuel.

So they sent word and gathered all the governors of the Philistines to them, and said,

“What shall we do with the ark of the God of Israel?”

“Have the ark of the God of Israel brought to Gath.”

So they took the ark of the God of Israel away. After they had taken it away, the hand of the Lord was against the city, creating a very great panic; and He struck the people of the city, from the young to the old, so that tumors broke out on them. —1 Samuel 5:8-9 NASB

In an attempt to placate God, the Philistines sent to the Israelites a guilt offering of 5 golden tumors—1 from each city (1 Samuel 6:17). All 5 of these cities have been found by archaeologists. 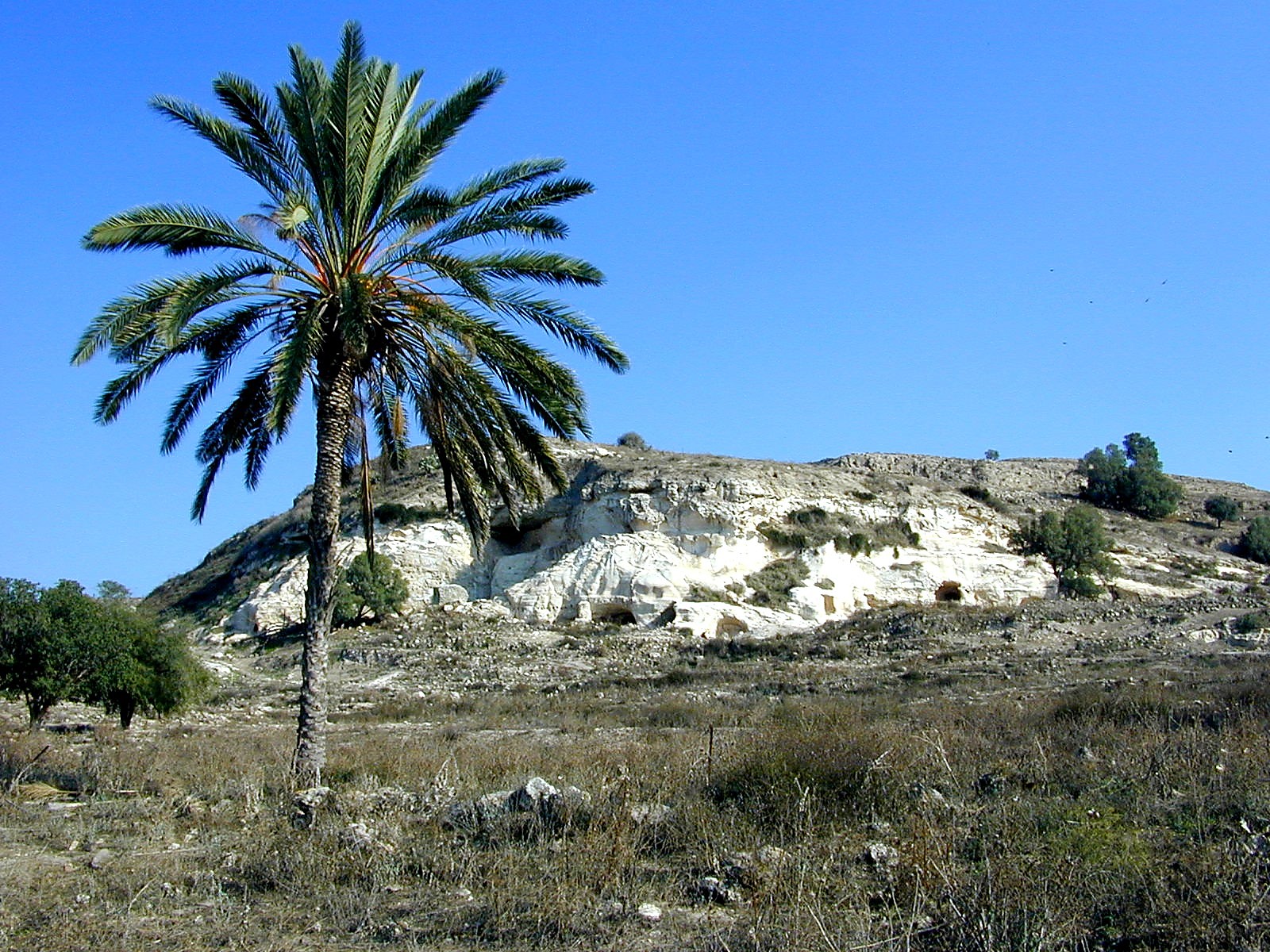 “At its height, Gath was one of the largest cities in the southern Levant, with a population of around 10,000. The city, which was located along a major trade route that brought great wealth to the city’s inhabitants” —Nathan Steinmeyer, “The Destruction of Philistine Gath,” Biblical Archaeology Society (August 12, 2021)

Gath is famous as being the birthplace or residence of the giant Goliath (1 Samuel 17:4) who young David killed nearby.

Joshua mentions Gath as one of the last remaining refuges of of Anakim in the land of Israel (Joshua 11:22). The other places were Gaza and Ashdod.

Conversion to a city of Judah

Later, Gath was conquered by King David (2 Samuel 8:1) and converted into a Judean city.

Gath’s site has been identified with the hill called Tell es-Safi, the Alba Specula of the Middle Ages, which rises 695 feet above the plain on its east edge.

Evidence of substantial production of olive oil has been found here.

The city of Gath is mentioned on ancient monuments of about 1500 B.C.

Gath is also mentioned in the El-Amarna letters. It is called Gimti (Gintu) and is said to be ruled by the Shuwardata and Abdi-Ashtarti.

Productive archaeological digs have been on-going at this site for many years. Strong evidence has been found Gath’s siege, breached walls and large-scale destruction at the time of King Hazael of the kingdom of Aram Damascus (2 Kings 12:17). Archeologists found “a nearly 30-foot-long break in the city’s massive fortification system. According to the archaeologists, this gap likely represents the very section where the Arameans broke through the walls of the Philistine city after a long siege.” Also found were “burned buildings, human remains, and a siege trench over a mile long.” The city never recovered after this fall.

Evidence of the Amos 1:1 earthquake that struck Jerusalem has also been found at Gath.

The words of Amos, who was among the sheepherders from Tekoa, which he saw in visions concerning Israel in the days of Uzziah king of Judah, and in the days of Jeroboam son of Joash, king of Israel, two years before the earthquake.—Amos 1:1 NASB

Tell es-Safi, site of ancient Gath of the Philistines—later a Judean city of King David—satellite view