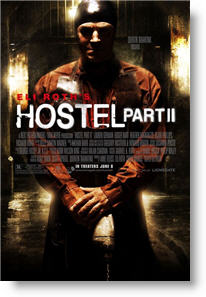 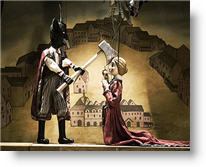 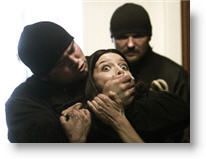 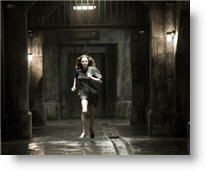 Castration in the Bible: Eunch

Dreams in the Bible

Prostitutes (harlots) in the bible

LESBIAN—What’s wrong with being gay? Answer
Homosexual behavior versus the Bible: Are people born gay? Does homosexuality harm anyone? Is it anyone’s business? Are homosexual and heterosexual relationships equally valid?

Let’s be brutally honest. If you really think you’re going to find a positive review of “Hostel: Part II” on a Christian movie site, you’re delusional.

If you’ve seen the trailers to “Hostel: Part II,” or if you’re familiar with its prequel, “Hostel,” then you know that the major selling point of this film is, in a nutshell, blood and gore. And lots of it. There is no redemption in this movie. It is just a sick and depraved exercise designed to feed society’s growing need for vicarious violence.

Three young college girls embark on a trip for Europe. They meet a beautiful model, who entices them to visit a hostel in Slovakia. This hostel is a front for a criminal organization that kidnaps young backpackers and auctions off the right to torture and murder them. Virtually hundreds of slimeballs around the globe make bids, incidentally, and I hate to say that from what I know of human nature, I don’t doubt that would happen should a real-life opportunity like this come along.

The brutality in which these young people are killed is what sells the movie tickets. In the movie’s goriest scene, a young woman is stripped-naked and suspended upside down from the ceiling with her hands tied behind her back. Then another woman enters, strips naked, lies down in a tub underneath the girl, and hacks her up with a scythe. The murderess literally enjoys a bloodbath, and the film makes it obvious that her joy reaches the point of orgasm.

In addition to this sickness, the movie is poorly written. There are two rich guys who win the right to murder young girls and, at first, one of them is gung-ho, and the other one is reluctant. Then, at one point, they inexplicably change places, one of them wanting out and the other one just wanting to kill kill kill. It makes no sense. It is necessary only to move the idiot plot forward.

Is there profanity? Yeah, there is. But complaining about profanity in a movie this gory is like complaining that the schoolyard bully didn’t knock out your teeth, in addition to breaking both your arms. There could have been no profanity at all in “Hostel: Part II,” and this movie would still be a perfect example of mankind’s total depravity.

But, as disgusting as this movie is, I wonder if it is as dangerous as these so called romantic comedies like “Because I Said So,” which make sexual relationships outside of marriage look delightful and fun. At least “Hostel…” is unabashedly evil, it’s not wearing any masks.

There’s no reason to see “Hostel…” I can’t even think of why I went to see it, other than that I am an idiot.

See review page on the prequel to this movie: “Hostel”

Negative—…It just could not hold my attention. The most interesting part of this DVD was the special feature where they showed how they did the special effects. It was just disgusting, boring and so completely opposite of what I believe in, right down to the final scene where the “heroine” exacts her revenge. Don’t waste your time, your money or your brain cells with this mindless drivel.
My Ratings: Extremely Offensive / 2

Stephanie Partridge, age 40
Comments from young people
Neutral—Whoa! this was a very creepy movie, kept you on the edge of your seat, it is a thriller/horror movie where three students studying in Rome high tail it to Slovakia and end up in the very hostel the events of the first movie took place where this organization captures people, so sick, twisted, rich people can torture and ultimately kill them. Now in terms of scariness, very scary; in terms of what’s morally right, the movie has a lot of blood in it, and the torture scenes are incredibly brutal and sadistic, there’s a lot of cussing in it such as f-words and s-words and the c-word is used quite a few times. Do not, I repeat, DO NOT take kids under the age of 16, maybe even 17, to see this movie, they’ll probably have nightmares and maybe even get a little paranoid. …very brutal and bloody.
My Ratings: Extremely Offensive / 4½

Brendan, age 16
Movie Critics
…will leave most viewers, including hard-core horror fans, feeling dirty… It feels as if Mr. Roth is challenging you to walk out in disgust. Do. …

Michael Phillips, Chicago Tribune
…A woman is suspended upside-down, naked, and tortured with a sickle. Another has her head sliced open with a circular saw, causing tufts of hair to fly about with the blood. …