for language, drug use and sexual references. 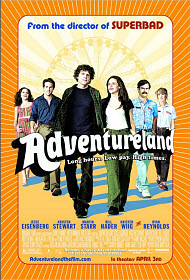 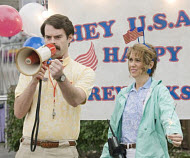 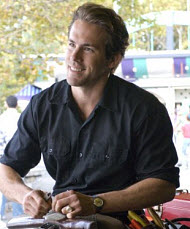 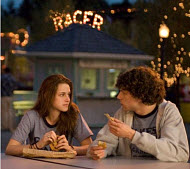 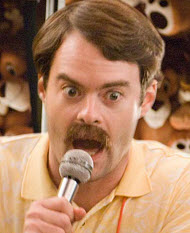 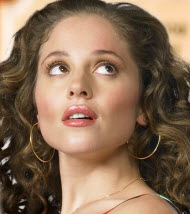 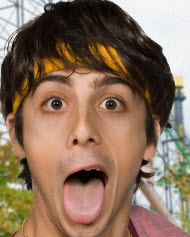 “It was the worst job they ever imagined… and the best time of their lives.”

A coming-of-age movie, “Adventureland” is superbly crafted with its strong script and excellent cinematography. While the quality is high and performances noteworthy, it’s ultimately another crude film that serves as a stark reminder of how desperately people need to turn to the Savior.

After graduating college, James Brennan’s (Jesse Eisenberg) dream of a European vacation is quickly demolished when his dad is demoted. Forced to help out, he takes a shoddy job in a run-down, crooked theme park named Adventureland. There he meets many new people and a girl named Em Lewin (Kristen Stewart) who catches his eye. He is intrigued by Em’s beauty and her going to NYU. However, Em hides her deeply troubled life in the dark from James.

James is also somewhat different from the people he meets at Adventureland. Graduating college a virgin, his college buddies encourage him to lower his standards and to lose the label. Instead, he inspires to go to graduate school at Columbia University to be a traveling essayist.

This movie takes a road well-traveled when it comes to plot. Taking the job at Adventureland makes James more knowledgeable in the ways of life; while at the same time, he also falls for a girl. What requires films of this genre to stand out are the actors, the script, and the director. Acting as both writer and director, Greg Mottola was able to delicately create a heavily emotional, yet comedic movie.

While it runs slow at times, the speed was perhaps to ensure that the audience believed in the growth of the characters. Some of the characters were two-dimensional, but James and Em were well-created. Although Eisenberg did well in the lead role as James, I feel that it is Kristen Stewart who truly shines as the troubled Em. Her lines are spoken with a haunted sadness that’s obscurely etched in her face.

“Adventureland” totally earns its ‘R’ rating. The use of alcohol and marijuana are in almost every scene. The characters casually smoke the drug and get drunk as a normal pass time. There are at least 100 profanities throughout the film, including an abundance of the “f” word and sh*t. The Lord’s name is profaned several times, as well.

While there’s no nudity, there are several kissing scenes, swimming in just underwear, and an implied topless scene. Much of the dialog is saturated in sex. Many sexually derogative words are also used in reference to certain anatomies and actions.

Religion is discussed, as to the existence of God, and the assumption made of Christians hating gays and being anti-Semitic. Although these comments were offensive, I do not feel this movie was specifically aiming to bash Christianity, but was an accurate reflection on how the unsaved world views Christianity. The apostle Paul wrote, “for the message of the cross is foolishness to those who are perishing, but to us who are being saved, it is the power of God.”

While this movie is crude from beginning to end, it is a sad reminder of just how lost many people currently are. When people choose to allow sin to rule their lives, the consequences are disastrous. Most of the time, people’s sense of hopelessness is the direct result of a sin, and not of God. When we follow God, He promises that His intentions and purpose for us are pure. He stated in Jeremiah 29:11, “For I know the plans I have for you, plans to prosper you, plans to give you a hope and a future.”

***Potential spoilers ahead***
Em was the perfect example of this. After her mother died and her father married a greedy woman, Em took a job at Adventureland to stay away from them. She then began an affair with the married maintenance guy Mike Connell (Ryan Reynolds). He obviously only wants her body. He calls when he wants to come over and gets right to what he wants. Em is not his first adulterous affair, either. Later on, she confesses to James that she’s never had sex with someone she’s been in love with. Her misery grows when the affair is uncovered and spread throughout the park. Her guilt overwhelms her and forces her to quit. And, sadly, many men, women, boys, and girls misuse their bodies for sexual impurity, which never has a happy ending.
***End of spoilers***

James is very respectful to Em. He never pressures her to go further and has actual conversations with her (albeit some of these conversations are not the cleanest). This film falsely shows that being a virgin is some sort of taboo. Sex is an amazing gift God has given to be used within the confines of marriage. People who are not married should keep their bodies holy and respectful. We must remember that our bodies are actually the Lord’s. Once becoming a Christian, our bodies become God’s holy temple when the Holy Spirit begins to live within us. All of this was possible when Jesus was sacrificed for our sins. Paul wrote in 1 Corinthians 6:19-20:

“Do you not know that your body is a temple of the Holy Spirit, who is in you, whom you have received from God? You are not your own; you were bought at a price. Therefore honor God with your body.”

I do not recommend this movie. Anything that can be learned from this movie is not worth being swamped with crudeness and profanity. We can learn about standing up for what’s right, the damages of gossip, and the value of friendships all within the inerrant and fascinating 66 books of the Bible. If one wants to read an intriguing adventure of growth, friendship, betrayal, murder, and God’s ultimate glory. I recommend they read the story of King David.

Positive
Positive—A glimpse of not only broken teenage or young adult culture, but also a look into the yearning for love and search for meaning and purpose. Although on one hand it critiques what characters value and how they pursue it, it also confirms and validates—somewhat redemptive, but a shallow victory.

Although it is styled as a comedy, there are some intentionally sobering moments relating to drug abuse, alcohol dependency, and sexual addiction and co-dependency.

It critiques the confusion of adolescence while also celebrating components of it. Most objectionable material was found in the setting and the film is about what the characters do about it—much like real life.

I work with students, and although this is supposedly a look back to 1987, I found the film insightful into today’s—or my—generation.
My Ratings: Moral rating: Average / Moviemaking quality: 4½

Here’s a sure sign that this movie didn’t really hit home for me: I’m spending a good portion of my review trying to arrange the content from most offensive to least offensive. Really, I wasn’t offended by what I saw. How could I be, after seeing “Irreversible” and “Salo”? But I wasn’t impressed with it, either. As always, there’s life lessons to take away from this film, and it’s a great springboard to talking about sex/drugs/relationships with your teens. But if you’re looking for a springboard, find a better movie. Like “The 40-Year-Old Virgin.” That’s a much better springboard.
My Ratings: Moral rating: Very Offensive / Moviemaking quality: 3½

JM, age 19 (USA)
Negative
Negative—Walked out of movie after 20 minutes of the “F” word and sex talk. Spent $30. The Fandango review made it up as a teen working at an amusement park and confronting all the public. I didn’t see this in the first 20 minutes of the show.
My Ratings: Moral rating: Extremely Offensive / Moviemaking quality: 4