for thematic elements, some sensuality, brief language and incidental smoking. 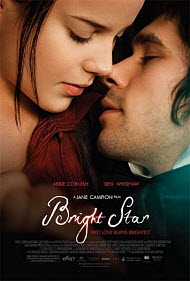 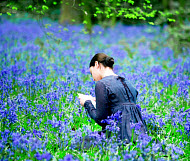 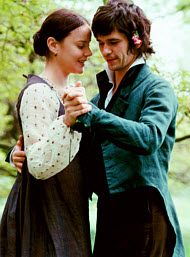 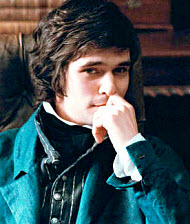 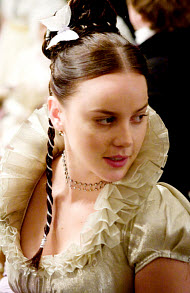 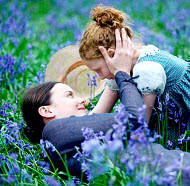 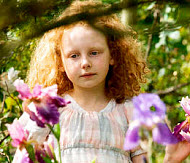 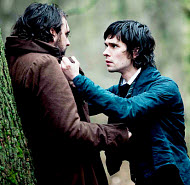 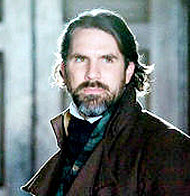 As someone who has taught college literature courses for many years, I was brimming with excitement to see “Bright Star.” For those of us who love John Keats’ poetry, this movie gives breath to his work. Though, the main storyline focuses on the love affair between John Keats (Ben Whishaw), a struggling poet, and Fanny Brawne (Abbie Cornish), the girl next door. However, they do encounter some resistance. John’s friend and fellow poet Charles Armitage Brown (Paul Schneider) attempts to keep Fanny from seeing John so he can focus on his writing. In addition, Fanny’s mother (Kerry Fox) is leery of Fanny’s relationship with John. She tells Fanny that he doesn’t have the financial means to marry. Despite these objections, John and Fanny’s love for each other flourishes until he contracts tuberculosis and has to leave for Italy to convalesce.

Whether or not you are familiar with John Keats’ poetry, this movie will be a joy to watch. Jane Campion’s screenplay is brilliant, the acting is superb, and the plot will keep your interest to the very end. Furthermore, the movie doesn’t seem stuffy or pretentious. Even though it is set in London from 1818 to 1820, the emotions that are displayed by the characters are genuine, and the boy-meets-girl-next-door theme has universal appeal. For me, this film didn’t drag at all, and I found myself totally engaged with these characters, especially John and Fanny.

As for objectionable content, Mr. Brown smokes cigars. Also, I heard one mild profanity in the film when Fanny says, “I don’t care a d**n for stitches.” There are a few thematic elements that might bother some people, however. For example, we see blood stains on John’s clothing, and he is found lying in the bushes by Toots, Fanny’s little sister. We aren’t sure at this point if he is dead or not, and that adds an element of suspense and drama.

Unlike many period pieces, the writer/director Jane Campion didn’t add gratuitous sex scenes to help the film appeal to a mass audience. She is to be commended for this. There is absolutely no nudity or sexual content in the film. Though, you see Fanny’s cleavage on occasion, and John and Fanny kiss many times. The scene with the most intense passion shows John and Fanny lying on a bed embracing. He kisses her breast, though this isn’t seen since her back is to the camera.

The moral contrast between Mr. Brown and John Keats is very interesting. Mr. Brown fathers a child out of wedlock with the maid, Abigail. On the other hand, John has his limits with Fanny, even though Mr. Brown tries to persuade him to have sex with her. Brown says, “why not bed her; she’ll do whatever you wish.” This is confirmed later when Fanny touches his cheek and says, “I’ll do anything.” John responds by saying, “I have a conscience,” and then he walks away.

I found it incredibly refreshing to see a movie where a man has morals in the area of sexuality. Romans 12:9 says, “Let love be without hypocrisy. Abhor what is evil. Cling to what is good” (NKJV). John Keats proves that he isn’t a hypocrite because he loved Fanny enough not to defile her. Unlike the relationship between Mr. Brown and Abigail, the relationship between John and Fanny is not just physical. The Bible says that love “does not seek its own” I Corinthians 13:5 (NKJV). John Keats didn’t seek his own will, or Fanny’s for that matter, in regard to their relationship. He was guided by a higher moral standard.

Finally, the title of the film, “Bright Star,” is very apropos. John Keats was a bright star who burned out too quickly. Though, he did leave a legacy of words that is still shining brightly. Keats wrote his own epitaph: “Here lies One Whose Name was writ in Water.” Keats, who struggled to be relevant during his lifetime, thought that no one would remember him. As this movie proves, he couldn’t have been more wrong.

Positive
Positive—“A thing of beauty is a joy forever: its loveliness increases; it will never pass into nothingness; but still will keep a bower quiet for us, and a sleep full of sweet dreams, and health, and quite breathing.”-John Keats, “Endymion: A Poetic Romance” (1818).

It was around this time that John Keats also met and fell in love with Fanny Brawne, who lived next door to where he was staying with his friend, Charles Armitage Brown. Their tragic romance is the subject of this wonderful melodrama by director-screenwriter Jane Campion (“The Piano”).

There is really nothing offensive in this movie, apart from the (obvious) thematic elements surrounding the characters, a (chaste) love scene on a couch between Keats and Brawne (who was rather promiscuous in real life), some mild innuendo (by Brown), one use of “D--n” (spoken by Ms. Brawne in frustration after a lovers' quarrel, during which Keats pushes Brown against a tree) and some incidental smoking. That is the reason for the PG rating. Thankfully, there are no misuses of God or Jesus' names. There is also an off-screen death, which devastates a main character.

Hopefully, this movie will get young people interested in Keats and his poetry.
My Ratings: Moral rating: Good / Moviemaking quality: 5

Danny, age 23 (USA)
Positive—I like movies that take place in the time period of this film. I thought this movie was very well done, and the only things I was offended by was some of the language at times, and some of the thematic material.

The actors all did a wonderful job, and I got to learn more about John Keats than I knew before watching the film. I would say that I was a little bit confused as to how the movie portrayed the romance between Fanny and John. I’m not really sure if that’s how their “romance” with one another was, but they seemed to be going back and forth a lot. If I say much more, then I will give too much away.

Overall, I really enjoyed this movie, and really appreciated the fact that the clothing doesn’t reveal too much. So many times with films like this, the clothing is too revealing, which I do not care for.
My Ratings: Moral rating: Better than Average / Moviemaking quality: 4

Sarah, age 26 (USA)
Positive—I’m amazed I liked this film, but it was very good. I’m not a huge fan of poetry, but I still enjoyed it. Very moving.
My Ratings: Moral rating: Good / Moviemaking quality: 5

Jennifer, age 30 (USA)
Neutral
Neutral—I was hoping for another “Pride and Prejudice,” but it was not. It was slow moving and very sad. I told my mother who was planning to see it with a friend who had just lost her husband not to see it because it was a hopeless movie. The two main characters had no hope of being together because of class issues. The saddest statement is during the credits is when they tell you that Keats died thinking he was a failure and now he is considered one of the world’s greatest poets. It makes you realize that who we are in Christ and what we accomplish in His name is the only thing that matters. It’s a downer of a movie. I couldn’t wait until it was over.
My Ratings: Moral rating: Good / Moviemaking quality: 4

Sharon M Usltad, age 49 (USA)
Neutral—I think I went into this movie expecting “Miss Potter meets Jane Austen,” so I was disappointed. My overall reaction to the film was: boring, boring, boring, so so very very sad and heavy.

Yes, it was beautifully filmed. Yes, the costumes are great. I really felt like it lacked energy. For me the saddest part of the film was the at the end, ***SPOILER*** where it stated the main character stopped sewing her fashion creations, remained single and often wandered walking in the woods alone. I don’t think this is a healthy depiction of love, and I don’t think it’s what God wants for us. Even the headstrong character of “Sense and Sensibility” overwrought with aching heart for Willowby (perhaps spelled wrong here) managed to pull herself together and get on with life. I don’t think someone isolating themself in their grief and permanently shutting themself out of life is romantic.
My Ratings: Moral rating: Better than Average / Moviemaking quality: 3½

Movie Critics
…It is part Masterpiece Theater tragedy and part Jane Austin love story. With simple filming and quiet conversation, the story is captivating in its telling. …

Cinema in Focus
…a heartfelt, carefully drawn, masterpiece of a love story, It contains all the fire and penetration one would expect from a Campion film, but there is also a surprising--and welcome--tenderness as well. …

Kenneth R. Morefield
…Beautifully made film… Breaking through any period-piece mustiness with piercing insight into the emotions and behavior of her characters, the writer-director examines the final years in the short life of 19th-century romantic poet John Keats through the eyes of his beloved, Fanny Brawne, played by Abbie Cornish in an outstanding performance. …

Todd McCarthy, Variety
…a shimmering tale of love and poetry… Those who love language and particularly poetic verse will savor the dialog, as well as the visual splendor of the film. With its gorgeously framed shots and superb craftsmanship, Bright Star is a thing of beauty.

Claudia Puig, USA Today
…a very chaste love story. … BRIGHT STAR is beautifully crafted and has some positive moral moments and appeals to God but goes on too long and has a Romantic worldview. …