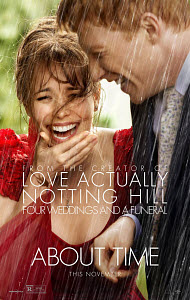 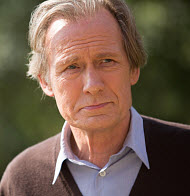 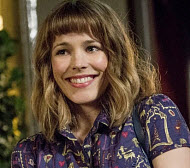 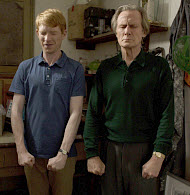 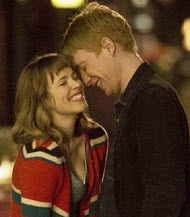 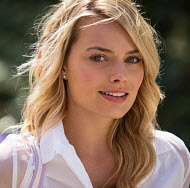 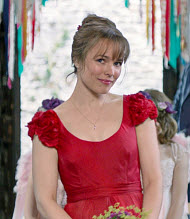 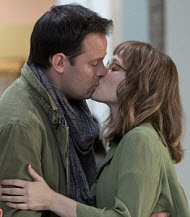 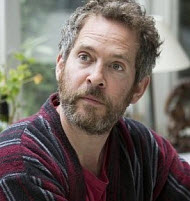 Skeptical at first blush, Tim Lake (Domhnall Gleeson) takes well, if a bit hesitantly, to the peculiar news when his dear old dad finally spills the beans to him. From there it’s off to find and win a wife, and then a life. A task rather daunting, but more manageable, one might think, when approached with such a rare gift in your bag of tricks. Such an assumption is quickly proved both correct and incorrect, as Tim awkwardly navigates the perils of growing up and trying to become a responsible adult worthy of finding true love and, subsequently, true happiness.

But this is not, as one might also assume, a story about time travel, as it were. No, instead this is a story about the beauty, strength, and fullness of family wherein time simply plays a unique, yet strangely familiar role as overseer of the proceedings. From its earliest moments to its fading memory, “About Time” weaves a tale of love that is rooted in the tapestry of a unique family tree—unique both in its strength and in its durability.

It can be a little troubling, when we really think about it, to ponder how Tim’s ability to travel in time and alter certain events can mess with the lives of others. Like the boyfriend that Mary (Rachel McAdams) meets and begins dating in between her first and second encounters with Tim. He and Mary appear to be getting along swimmingly until Tim travels back to the night they met and sweeps her off her feet himself. It’s a minor beat in the story, but it still merits a healthy conversation afterward.

On a similar thread, Tim does learn, by way of his younger sister, affectionately known as “Kit Kat,” that often times hard lessons can only be learned the hard way (James 1:3-4). When he realizes that he can’t save her from ever experiencing pain and brokenness, he (along with Mary) resolves to stick with her through the task of picking up the pieces, sacrificing both his time and energy to help her find healing (John 15:13). He also faces down the temptation to cheat on Mary with an old flame, even though it’s obvious that his special ability would allow him to do so without Mary or the other woman ever being the wiser. He recognizes that he has a responsibility (1 Corinthians 10:13) to both himself and the woman he loves, and he protects that intimacy with a quiet, but fierce determination.

Tim tries very hard to use his powers for mostly unselfish reasons, and it’s particularly admirable the way he attempts to use them to benefit his family, even as he learns that, ultimately, his life is best lived in the present (Matthew 6:34). It is here where the movie’s rich tone and warm heart really mix well. It is abundantly clear that family is of the utmost importance to Tim and his father (Bill Nighy), and their use of their time traveling abilities proves that over and over again. Both relive special moments with one another and other family members in order to better soak in the beauty and richness of their lives (Proverbs 5:18; Proverbs 18:22; and Psalm 127:3-5).

Tim’s father wisely advises him to live as normal a life as possible every day, and then to relive each day in order to ignore the stress the second time around and appreciate the little things. Tim wisely takes his father’s advice and sharpens it when he decides to cut out the middle man and “live every day as if it were my last… [because] all we can do is do our best to relish this remarkable ride… [and remember that] we’re all traveling through time together” (Psalm 118:24).

God and religion don’t really factor into the proceedings, at least not in a formal sense. There is a passing reference to Jesus dying even though he was the Son of God, and a song in the soundtrack during a poignant moment in the films includes a repeated line that says, “I don’t believe in an interventionist God.”

Multiple characters at various points throughout the movie casually consume alcohol. Tim’s sister struggles with an addiction to alcohol, and possibly drugs, as well.

There is a relatively minimal amount of vulgar language to sort through, especially for an R-rated film, but there is still some present. The f-word crops up five times, as does the s-word. “a**,” “h*ll,” and “d*mn” are only used a half-dozen times combined, though “d*mn” is tacked on to the end of God’s name once. It’s in this area that the language is most disappointing, as God and Jesus’ names are abused 35 times altogether and really distract from a film that was better than many from a language standpoint.

Sexual Content: The film is not, for the most part, sex-obsessed—a fact that is quite refreshing. However, there are, unfortunately, still some sex-related stumbling blocks littered throughout the film, most of which are realized in the form of jokes about sex, prostitutes, and breasts. Two of the more prominent scenes include a conversation about premarital oral sex and a sequence that features Tim having difficulty determining the sexual orientation of an old crush and her friend.

On the visual side of things, we see a photo of a topless model covering her breasts with her arms, and not too much time goes by before we see several shots that feature a large photograph of a topless model with her breasts fully exposed. We see several girls in bikinis, and get a brief shot of a young woman’s backside when the wind blows up her dress during a rain storm. We see Mary in her bra twice, including during an extended scene where she ultimately strips down to her panties and is shown with only her hands covering her breasts.

Tim and Mary kiss passionately several times and sleep together at the conclusion of their first actual date. (Three times, technically, since Tim keeps traveling back in time to sleep with her again.) They proceed to move in together and continue their sexual relationship until (and after) they finally get married. Mary gets pregnant around the time she and Tim get engaged.

“About Time” is one of the most, if not the most, poignant representations of family to grace the big screen in recent memory. It’s fun, funny, and intensely moving. It is the kind of story that reminds us of why we like stories in the first place, and reminds us why they are so important. It inspires us to be better parents/spouses/siblings/human beings without ever being preachy. Many viewers will, undoubtedly, come away from viewing it with an intense desire to hug their loved ones (and even a random passer by or two, just because) tighter than they ever have before. It isn’t perfect, but it is warm and beautiful. It isn’t spotless, but you’ll be hard-pressed to find a story that shines bolder or brighter as it champions the timeless value and vitality of family.

Positive
Positive—Possibly the best film about time travel I’ve ever seen. From a moral standpoint, I would have to call it offensive. There were many uses of foul language. There was premarital sex.

As far as the story goes, it made a lasting impression on me in a positive way. I avoid gratuitous sex and foul language in film and TV. I still have to say this was a great story.
My Ratings: Moral rating: Average / Moviemaking quality: 5

Jeff Mazza, age 55 (USA)
Positive—I saw this movie “clear-played,” with all “R”-rated stuff skipped (no foul language, no nudity). I can’t imagine why the filmmakers chose to make this an R-rated movie. My wife and I chose not to see this movie in the theaters precisely because it was R-rated. The producers could quite easily have made it PG-13 and lost nothing of the story.

And it is a very good, very touching story quite well done.
My Ratings: Moral rating: Very Offensive / Moviemaking quality: 4

Jeremy Klein, age 58 (USA)
Positive—It was an amazing movie, by far the most amazing time traveling based story I’ve watched. Aside from the R-rated stuff, this was an wonderful movie. Would’ve been better without the R-rated stuff, but, overall, it was an astonishing movie. Not many movies I really comment about, but this movie is by far the best movie I’ve watched so far.
My Ratings: Moral rating: Average / Moviemaking quality: 4