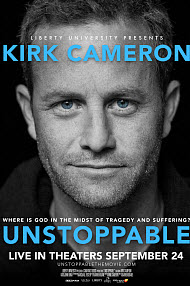 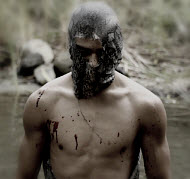 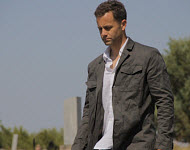 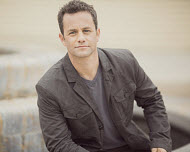 Do you understand God’s Story? Take a multimedia journey through the Bible, from Creation to eternity, in chronological order.

“Where is God in the midst of tragedy and suffering?”

Christians have had to face trial and temptations for thousands of years. And the question that roams through the back of our minds are, “Why do innocent people have to suffer, if God can stop it from happening?” It’s a question that Kirk Cameron, celebrity, world renown evangelist and born-again Christian, addresses, with the help of a Christian university. Join Kirk Cameron as he takes audience members through the Bible on the origin of sin, from Adam and Eve to the resurrection of Jesus Christ.

In the 21st century, it’s not very often Christian films and documentaries get the recognition and publicity they deserve. Most of the time (and maybe this is just me speaking), they are much better made than big budget films. Example? A few years ago, “To Save A Life” was a popular Christian movie, yet its release was small, followed by “Courageous” (also, at least where I lived, a very small release). And so I ask myself, why is it that the movies Christian families (and even some non Christian families) protest—full of violence, gore and other questionable items—receive more attention and praise than the biblical, family-friendly Christian films?

Supposedly, while trying to create this film, Mr. Cameron (during the live stream I was able to watch) mentions that attempts to promote “Unstoppable” on Facebook and YouTube were temporarily silenced by the corporations (Facebook and YouTube/Google). The debate on whether Christians are being silenced more and more each day is one worth discussing, but perhaps a different time.

When I saw that “Unstoppable” was coming to a local cinema near me, I was interested in getting tickets, but later found out that they were sold out. In all honestly, this surprised me. Perhaps this was stubborn of me, but I didn’t feel that this film would draw that big of a crowd. My disappointment was turned to joy when I found out that they were showing “Unstoppable” on another screen because of the high demand (and if you weren’t able to see it, the movie will be available for a second screening on October 3rd, 2013).

All I can say is that is was inspirational. The first 10 minutes alone from the live stream at Liberty University, containing personal testimonies from friends of Kirk who turned to Christ, were simply breath taking and a personal reminder of how important Christ needs to be in our life, that whether we like it or not, God is always there, even when tragedy strikes. It’s so easy to mourn, and there is a time for that, and shake our hands at God for what he allowed to happen (I can relate to this recently). We ask him questions such as, “Why does He allow children to die?” “Why does He allow natural disasters to destroy homes?” “Why does he let sin have its day?

And yet, therein lies our answer. We don’t understand why he allows these things to happen, and we are not supposed to, fully. The Bible even references the fact that God’s understanding and reasoning are not our understanding and reasoning—and never will be. As humans, we want to know that we are the ones with all the answers and that we are the ones in control. But this is a trick of the Devil. Our primary concern, when our faith is shaken, is to trust God and remember that He will not “abandon us nor forsake us.” We can scream, cry, and shake our fists at Him, but he’s going to wait for us no matter how long, and wants us to trust that He is in control.

Cinematically, I had no qualms with this documentary. After the live stream, Mr. Cameron sequenced us into the actual film. The film is really, and I mean, really well done for a small production company and students from Liberty University. Beautiful settings and excellent camerawork surrounded the film. The film would go from black and white picture to color in just the right way to get the viewer to understand the serious nature of sin. Kirk Cameron narrates and speaks to his audience in a simple, straightforward manner, as if I was sitting in a Bible Study for the first time.

There is very little objectionable content (and I mean little). There is some blood and a little violence seen when Cain kills Abel during the film.

As Kirk mentions, there were people who tried to stop “Unstoppable” from coming to theaters, but they weren’t silenced. They were, well, “unstoppable” just like God’s message and His Love. This film is a sight to behold and for the first time in a while I didn’t have to walk away with the feeling of regret from content issues. I encourage parents to take their children with you to this if it comes to your area (or if it comes on DVD). This film positively promotes Christ in every way, and I want to thank Liberty University and Kirk Cameron for putting together one great documentary, and I hope he does more of this in the future. Christians have not been silenced, as was apparent in the two sold-out theaters tonight, and perhaps this will become a part of something new.

Positive
Positive—My wife and I went to see this, and we enjoyed it. The movie was thought provoking and made me look at some of the Biblical stories in a way I have never thought of them.
My Ratings: Moral rating: Excellent! / Moviemaking quality: 4

Dave, age 52 (USA)
Positive—Did I like the tragedies no. Stepping back, and looking at situations as a whole, gives one a new and bigger perspective. Love shines. Can't see it with closed eyes. Looking forward to more films produced by real Christians. Was happy with my viewing purchase. The format was bright. The acting was real. The message is unstoppable. “There's a time for silence and a time to speak, and that time is now!!” wb.
My Ratings: Moral rating: Excellent! / Moviemaking quality: 5

Louise, age 49 (USA)
Positive—Lovely film, but can someone please tell me what the titles are if any of the other films that are based on “Unstoppable,” as my partner thinks there is one called “ ” and 3.
My Ratings: Moral rating: Excellent! / Moviemaking quality: 5

Editor’s response (3.20.2017): We have never heard of a 2 or 3. The “Unstoppable” official film site does not currently mention their existence or plans for their production, nor does the distributor’s Web site (Provident Films). However, Kirk Cameron has made two somewhat similar films—“Monumental: In Search of America's National Treasure” (2012) and “Revive Us” (2016—brought to select theaters by Fathom Events, and soon available on DVD), and there is also “Kirk Cameron's Saving Christmas” (2014). You can always keep up with what Kirk is doing by visiting his Facebook page.

Movie Critics
UNSTOPPABLE is a story filled with hope. This is a movie that families everywhere need to see! Who, after all, hasn't been touched by tragedy or suffering? Kirk Cameron's film is an amazing look at the origins of suffering … (yet) shows the hope that was present from the beginning. … Despair gives way to hope as Cameron reminds the viewer that God is a God who is for us and is always with us. … This film courageously tackles the difficult topic of suffering, and does a more than commendable job. We see that God is a God that we can trust. Don't miss UNSTOPPABLE!…