X-Men: Days of Future Past

for sequences of intense sci-fi violence and action, some suggestive material, nudity and language. 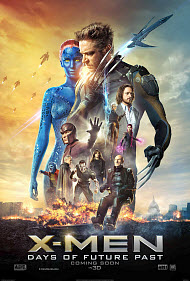 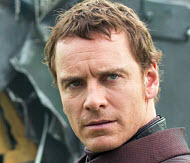 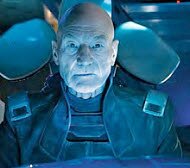 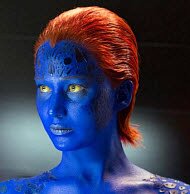 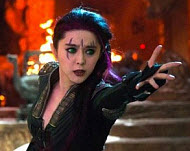 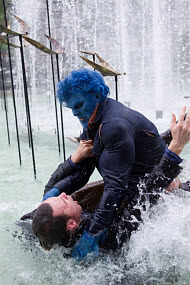 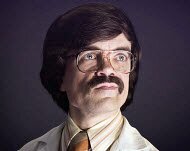 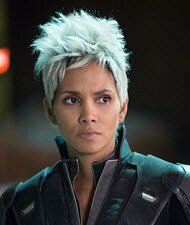 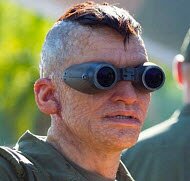 tolerance of those different than us

What are we destined for? ETERNAL LIFE—What does the Bible say about it? and ETERNAL DEATH

Evidence against EVOLUTIONISM. Top choice for accurate, in-depth information on Creation/Evolution. Our Creation SuperLibrary is provided by a top team of experts from various respected creationist organizations who answer your questions on a wide variety of topics. Multilingual.

The X-Men movie to end all X-Men movies is here, and it begins, appropriately enough, with the end of the world as we know it. Set in the near future, fears of people with super powers (mutants) has driven mankind to create the ultimate police state that uses robot sentinels to either imprison and kill all mutants.

Charles Xavier/Professor X (Patrick Stewart) and his remaining X-Men (Wolverine, Storm, Iceman, Colossus, Warpath, Sunspot, Blink, Bishop and Shadowcat) together with one time enemy Magneto (Ian McKellen) decide the only way to save the future is by changing the past, and so Kitty Pryde/Shadowcat (Ellen Page) uses her powers to send Wolverine’s consciousness back fifty years to his younger self in hopes of avoiding the events that led to this dystopian future.

Logan/Wolverine (Hugh Jackman) awakens in 1973 and finds the task of enlisting the help of the much younger Charles Xavier (James McAvoy) no problem compared to the rest of the challenges—and life and death choices that need to be made in the coming days, if both mutants and non-mutants can ever hope to co-exist.

“X-Men: Days of Future Past” is a thrilling sequel set a decade after the events of “First Class” and may be best appreciated by those familiar with the other X-men movies. A thought provoking tale spanning both our past and a nightmarish future it is not without some very cautionary material.

Violence: Heavy. Mostly bloodless the most violent scenes are reserved for those set in the future where sentinels kill mutants by choking, crushing, impaling, pulling them apart or even burning them. One mutant causes victims to wretch/vomit while another inflicts instant disease. Wolverine uses his claws to stab some mobsters and people killed are usually hit by bullets, one of whom is shot directly to the head, while others are victims of collateral damage from debris and crashes. Hand-to-hand fighting, often tame by comparison, is still rough.

Autopsy photos with head shots of the deceased who had been experimented on is also shown. The decaying remains of many are seen near futuristic death camps, while dead mutant bodies are callously dumped from trucks as though they weren’t even people anymore. This is eerily reminiscent of how the Nazi’s treated the Jewish people during World War II and clearly an intended similarity is implied.

Sex/Nudity: Moderate. The most graphic scene involves Logan getting up out of bed, where he is seen nude from the back. The girl waking up next to him is in her underwear, and the camera lingers on her breasts which fairly spill out of her bra. Raven/Mystique (Jennifer Lawrence), when she is not assuming a disguise, appears to be nude, while the actress is actually wearing a full bodysuit sparingly covered by scales. Scenes with her in this form are pretty frequent.

Language: Moderate. Curses included; a**h*** 3x’s, s*** 4’xs (once just mouthed), “hell” 2x’s, “piss off” and “screw___” are heard once each, but the Lord’s name was taken in vain six times and there is, annoyingly, one “F” word, as allowed by the MPA for a PG-13 movie. There is also sexually suggestive dialog, including someone ordering to Raven, “Clothes off!”

Based on the triple threat of violence, nudity and language, I strongly encourage parents not to take their children and should state that though teens will be seeing this film it is not appropriate for them either.

Darwinism: Evolution is discussed as fact, not the theory that it is and motivates the central villain Bolivar Trask (Peter Dinklage) just as it influenced thinking in Nazi Germany. Dogmatic science such as this does not allow consideration of God who is noticeably absent from the script. A good examination on this widespread ideological bias is Ben Stein’s movie “Expelled: No Intelligence Allowed.”

When Xavier is forced to choose between being able to walk or being able to save his friend, we have no doubt what his choice will be. This is mindful of what our Lord himself told us we all have to do.

“If anyone would come after me, he must deny himself and take up his cross and follow me.” —Mark 8:34

Realizing everything they do may not alter the future, one character asks, “What are we destined for?” This helpless, virtually hopeless feeling reminded me that the Word of God speaks about the fate of us all, and particularly those who have chosen to look to false gods for a bright and eternal future.

“For, as I have often told you before and now say again even with tears, many live as enemies of the cross of Christ. Their destiny is destruction, their god is their stomach, and their glory is in their shame. Their mind is on Earthly things. But our citizenship is in heaven. And we eagerly await a Savior from there, the Lord Jesus Christ…” —Philippians 3:18-20

Xavier is trying to encourage someone when he says, “Just because someone stumbles, loses their way, doesn’t mean they are lost forever.” One of the clearest parables about this is concerns the prodigal son found in the Gospel of Luke. In this parable the son claims his inheritance, moves away and sinfully squanders his fortune only to return offering to serve his father rather than to continue feeding strangers pigs. Instead of being harsh to the now repentant son, his father, a type of God our father in Heaven, rejoices. That is how God looks upon us when we come back to him after losing our way.

Intriguing storyline, great special effects, fascinating characters and conflict galore make “X-Men: Days of Future Past” perhaps the best X-Men film to date and definitely a cut above some of the earlier sequels. Keep in mind that the time travel component makes it skew more science fiction than its predecessors. A serious, dark movie, with few light moments, it still manages to pay homage to the X-Men canon and captivate its audience. I recommend this to fans of the genre, but warn again about the age sensitive material. Meant for mature audiences, this film may offend discerning Christians.

Positive
Positive—First, I loved the movie for what it was—an action-packed superhero movie. For some reason I didn’t think the violence was over the top compared to other superhero movies. When comparing this movie to other X-Men movies, it was about as violent as past movies. I definitely thought it was the best X-Men movie of them all!
My Ratings: Moral rating: Offensive / Moviemaking quality: 5

Jason, age 40 (USA)
Positive—There is some offensive language, some nudity, but Christians are called to be the salt of the Earth and to see the redeeming potential in everything. This film is flawed, but it is redeemable. “Days of Future Past” is a parable—one about our actions and their consequences. The lies the enemy whispers in our ears when he tells us that we (like our actions) are worthless. When Charles Xavier saved Logan, he would never have imagined that Logan would one day save his young self. Thus the Lord’s words are fulfilled. No good deed goes in vain. The Lord rewards those who follows Him (the good servant).

Erik/Magneto is human, beautifully flawed. He is willing to kill to save his kind (his race, the mutant race). He remembers too well the horrors of German Nazis, and he has sworn “never again.” The viewer realises that Trask and Magneto are alike. They have no faith in humanity. Trask fears mutants. Erik fears humans. Charles Xavier is the character that resembles Christ the most. With his wounded legs, he shows that love means accepting to be wounded by those we love. Charles has traded walking for hearing people’s thoughts. So he understands pain. He understands Erik’s pain after the destruction of his family. He understands Mystique’s pain after seeing fellow mutants being experimented on. See all »
Charles does not flinch at acknowledging the evils of human hearts. But Charles goes deeper. He knows that destruction is not solely on the human side. Nor is it on the mutant side. All have sinned before Christ. Neither humans nor mutants are perfect. Both have hearts corrupted (Galatians 5:20). And only sacrificial love can reunite those that covet what the other possess. This film shows evil. But evil does not triumph. We must be wary of believing that hiding evil makes it disappear. We should not seek evil. But, when it is there, we must confront it. Looking the other way is not what is expected of Christians. Christians are expected to walk among wolves. Mutants living among humans. And vice versa. And yes, it is messy. Blood is more often shared than not. But how amazing when sinners allow themselves to be touched by the grace of God.

Anais, age 24 (Barbados)
Negative
Negative—“X-Men: Days of Future Past” was much better than I expected in terms of moviemaking quality. It was exciting and well made, a good quality, big action movie. But I came away feeling disturbed by the violence. It wasn’t just sock ‘em action violence—it was brutal. I agree with the reviewer that it was mostly bloodless. The violence was mostly special effects based. But it was about as horrible as it could be without showing blood and gore. One scene in particular was quite disturbing. And as the reviewer noted, plenty of the deaths at the hands of the Sentinels were extreme, too.

God created us in his image. I don’t feel comfortable being entertained by the gruesome destruction of our bodies.
My Ratings: Moral rating: Offensive / Moviemaking quality: 4

Jono, age 35 (Australia)
Comments from young people
Positive—If you are a hardcore fan of comics and of the X-Men, you will love this movie. It’s action packed, amazing acting, outstanding effects, production values. The theme of the Evolution, who cares. The best way to show your childhood in 131 minutes. I loved this movie. I recommend this movie. You must see it.
My Ratings: Moral rating: Excellent! / Moviemaking quality: 5

Sergio De La Cruz Ramirez, age 17 (Guatemala)
Comments from non-viewers
Negative—I am a non-viewer who will not support this movie even though I have enjoyed X-Men movies in the past. The director, Bryan Singer, is accused of pedophile behavior… behavior which has been ignored yet known by the Hollywood community for many years. He has several accusers who have filed suit against him in recent months. I am aware that in the United States you are innocent until proven guilty, but the evidence is so stacked against him that it would violate my conscience to pay money to see this movie, or any other directed by him. Many Christian viewers may not know this about the director, which is why I am posting my comments in this forum.

Pam, age 59 (USA)
Negative—Pam, thanks for letting us know about the director’s history. River Phoenix spoke about the sexual abuse he experienced as a child actor and many other children have been abused, mostly because parents trust these people with their children. We, too, do not like to support movies by people like this.