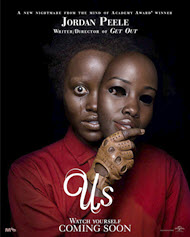 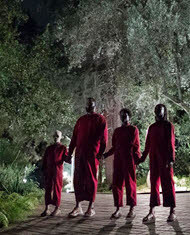 Inequality—the haves and the have nots 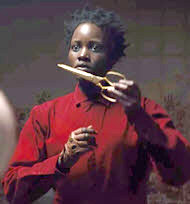 The idea that we are our own worst enemy

Created in the image of God, and then became spiritually dead—falling so far away from true goodness and the wondrous beauty of what we were meant to be 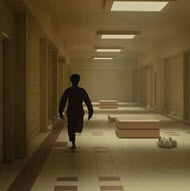 Take a deeper look at what sin and wickedness are, according to our Creator 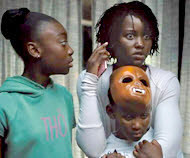 What is the goodness of God? 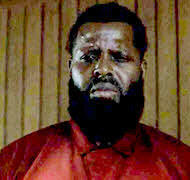 “When you have an ‘us,’ you have a ‘them,’ and we are as human beings predisposed to value us more than we value them” —Writer/Director Jordan Peele

Most people love spending time at the beach! The sun, the surf, the sand. Not Adelaide Wilson (Lupita Nyong'o) though. Oh no. In 1986, she had a traumatic experience there. When she was younger, She wandered off from her parents at the fair occurring at the beach. She found herself in a slightly creepy and oddly, abandoned hall of mirrors. Then the lights suddenly went out. As she tried to find her way out, she ran into a girl that looked EXACTLY like her from behind, and then that identical girl turned around…

Flash forward to the present day. Adelaide’s full grown, with a husband, Gabe (Winston Duke), and two children Zora and Jason. The Wilson family is taking a much needed vacation at the beach to visit their friends, the Tylers, in Santa Cruz, California.

One cold dreary night, the power goes out. Adelaide and Gabe look out the window and notice a family out on the driveway, wearing red jumpsuits, just standing there. Gabe tells them to get lost, but they continue to stand there. When he finally threatens to call the police, that’s when things get intense. The intruders enter the home and reveal themselves as the “Tethered,” doppelgängers of the entire Wilson family.

What is their motives? And what is one to do when YOU are truly your own worst enemy?

Most secular critics have praised “Us,” citing it as (and I’m paraphrasing here) insightful, ingenious and a film that raises the bar for horror films. Director Jordan Peele is, essentially, dipping his hand for the first time in the full-on horror genre. His previous film, “Get Out” was as much a horror and suspense film as it was a political and civil equality statement.

As a stand-alone suspense/horror film, “Us” has a lot going for it. Strong performances by all involved, particularly those of Lupita Nyong'o and Winston Duke. Additionally, the moments of tension are nicely balanced amongst a very eerie, yet modern-day film score, and relatively solid plot, if somewhat sluggish in some spots; two hours seemed a bit too long for this film.

A more serious concern of mine is the unbiblical premise of the film and statements made by the murderous Tethered community. It made me uncomfortable and felt like an underlying attack on Christianity. (I do warn you this might be somewhat of a spoiler.) *SLIGHT SPOILER* For example, one Tethered being states that God created them and spoke to them, telling them to go up and kill the humans above to take their place. *END SPOILER*

A Bible verse is repeatedly display throughout the film, although it is not a verse about our day, but rather was aimed specifically at the wicked, convenant-breaking Kingdom of Judah at the time of the prophet Jeremiah.

“Therefore thus says the Lord: “Behold, I will surely bring calamity on them which they will not be able to escape; and though they cry out to Me, I will not listen to them.” —Jeremiah 11:11 NKJV

Additionally, the violence in this film is grotesque, outdoing “Get Out,” and the language is over the top, making this film even more displeasing to the eyes and ears. Speaking of content…

Violence: Extreme. We witness multiple bloody scenes. Various characters are graphically and repeatedly stabbed and sliced in various ways by the Tethered. A daughter and friends are murdered. Characters are bludgeoned unconscious or beaten to death with clubs, kicked down the stairs, or run over with a car. A character falls to their death. One walks into a fire. We see dead bodies in streets and across the beaches. A character is skewered. Another is strangled to death after being skewered. A person is pushed into the turning blades of an outboard motor’s propeller.

Sex/Nudity: Female characters wear cleavage bearing swimsuits on the beach. There are girls in bikinis and shirtless males.

Other: The Wilson kids (Jason and Zora) are shown talking back disrespectfully to their parents. The fun house young Adelaide goes into has a Native American Chief Logo in the front, and it’s called the “Vision Room.”

There is absolutely nothing truly redeeming that I noticed in this film.

I guess the only thing left to say is it’s disgusting, just disgusting—plain and simple. Abhorrently violent and containing subtle messages that challenge God’s ultimate design and authority, this film is absolutely unsuitable for viewing for any audience. Under absolutely no circumstances should children be subjected to this film. Do yourself a favor and stay away from this film!

Neutral
Neutral—I have read the full review on “Us” and do agree and don’t. What is ignored in this review is the fact that the movie exposes how the rich ignore the poor. That is a big thing this film states. Jeremiah 11:11 must relate to that. I am finding that the film is telling you to search… Are you ignoring the poor? Are you… saved? Are you showing off to people who don’t have what you do?

I recommend all see “Us” because of the messaging stated. Do mute the part where the other family gets attacked, as that contains a song that just isn’t ok. Continue having it muted until the part where the main family sees if they are ok. Please and thanks.
My Ratings: Moral rating: Average / Moviemaking quality: 4

Secular Movie Critics
…In Jordan Peele’s first movie, he took aim at white liberals. In his follow-up, no American is safe. …
Dana Stevens, Slate
…“Us” is something of a frustrating watch, a visual and technical marvel that just doesn’t seem to know what it is. Unlike “Get Out,” which only swelled in impact as you left the theater, “Us” is best viewed on a visceral level, not an intellectual one .…
Randall Colburn, The A.V. Club
…smart, funny, very scary… I’m also duty-bound to note that the cultural metaphors are quite a bit fuzzier this time out and that the ending is a tangled ball of Huh?…
Ty Burr, The Boston Globe
…a frustrating movie, oddly inert despite all its thrashing… trying to do too many things at once…
Richard Lawson, Vanity Fair
…a stupendously created mood of fear, but the revelation of what drives these simulacra verges on trite and depends on (no kidding) a Hands Across America reference… There’s a literal third-act descent down the rabbit hole… [3½/5]
Richard Whittaker, Austin Chronicle
…Jordan Peele’s “Us” begins so spectacularly well, and sustains its game of doubles so cleverly for most of its two hours, it’s an unusual sort of letdown when the story doesn’t quite hang together and “deliver” the way Peele managed with his 2017 debut feature, “Get Out.”…
Michael Phillips, Chicago Tribune
…“Us” is more expansive and messier, a Rorschach blot of a movie, riffing on primal fears and a raft of ’80s references. Is it a pointed cultural take or just a gleeful scare-fest? It depends on what you choose to take from it. …
Sara Stewart, New York Post
…The viewer begins to wish that Peele had given his script one more pass, either to pare it down or beef it up…
Ann Hornaday, The Washington Post