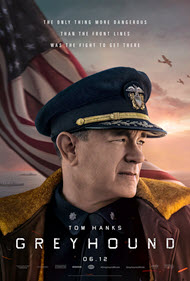 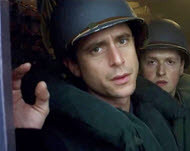 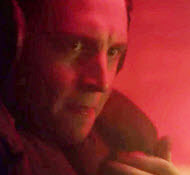 Early 1942 in the North Atlantic during World War II 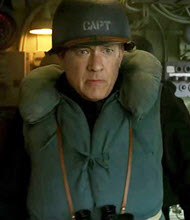 An inexperienced U.S. Navy captain must lead a multi-national Allied merchant ship convoy stalked by Nazi U-boat wolfpacks during the Battle of the Atlantic

Learning to be an effective leader

About PRAYER in God’s Word

What is the FEAR OF THE LORD and why is it very important? Answer

Why should humans give THANKS to their Creator? What does the Bible say about thankfulness? Answer 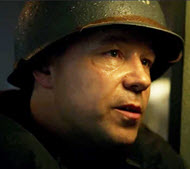 This film is based on the novel The Good Shepherd by C.S. Forester. The screen adaptation was written by Tom Hanks. 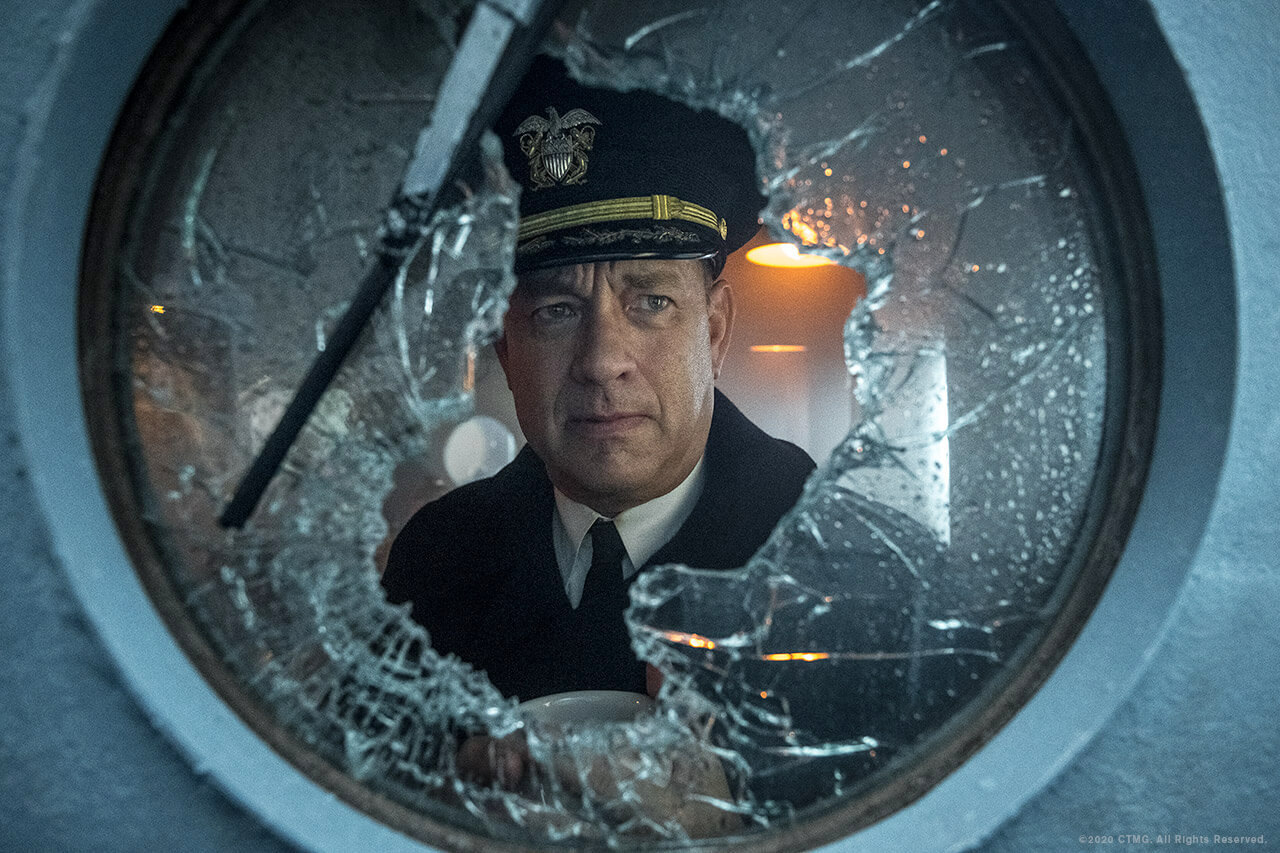 Opening this Friday, we get to see the first “big Hollywood film” in forever—not really, but it feels like forever. We’ll get to see the familiar face of Tom Hanks (“Cast Away,” “Big,” “Forrest Gump”). As you might expect, he is getting himself into a dangerous predicament again. We’ve seen this man lost in space, marooned on a deserted island, crashing into the Hudson River, and struggling through many more precarious situations. Irregardless (now accepted as a real word by Merriam-Webster’s dictionary) of his situation, we always root for this popular A-lister. This Friday will be no different. We will cheer for him as Captain Ernest Krause in Apple TV+’s first major film release “Greyhound.” His familiar presence is comforting on screen, but unfortunately, the film is premiering on a less familiar format for blockbuster films—VOD. Even Tom Hanks himself said the transition from a theatrical release to straight-to-streaming is “an absolute heartbreak.” So, now, we will decide whether “Greyhound” can succeed on the limited small-screen.

“Greyhound” is fictional but inspired by true events of World War II. Naval Captain Ernest Krause is guiding Allied ships carrying troops and supplies across the Atlantic Ocean. Once the convoy is beyond air support, they come under assault by German U-boats below the water’s surface. One by one, the helpless ships launch distress rockets into the sky as they are attacked. Greyhound and its crew must act meticulously, avoiding any mistakes, as they navigate feverishly from each life-and-death situation as they attempt to get the convoy safely to their destination.

In its finest moments, “Greyhound” crams its audience into the claustrophobic interior of a naval battleship. The narrow spaces are crowded with young crew members, filled with navigational instruments, and clamoring with vital sounds of communication. The quick moves inside and outside the battleship are as beautiful as they are anxiety-inducing. When the camera is following the characters in these close quarters, it feels real and relentless. These moments of the film are beautiful. I have to assume these stunning images are a result of director Aaron Schneider’s decades of experience as a cinematographer.

Where the film fails on the small-screen format is the God’s-eye-view of the exteriors. A moment after seeing beautiful closeups with our characters, the film will cut to wide, obviously-CGI shots of boats and crashing ocean waves. They look utterly fake—especially in comparison to the authentic interior scenes. Even with the use of these wide exterior shots, the film leaves the audience spatially disoriented. We never understand where one ship is in relation to the other ships. This removes any hope for suspense and replaces it with frustration. There are a couple exciting moments (especially in the third act) that really work, but the majority of the action is confusing and lacks stakes—leaving me disappointed.

Beyond the film and the filmmaking, the story is powerful. Amidst the terror of war, the value of life comes to the forefront—not just the lives of the Allies we briefly encounter but even the lives of the unseen enemy. After sinking a U-boat, a crew member congratulates the Captain, “Fifty less krauts.” The Captain responds, “Fifty souls.”

The Captain is a person of faith. We know that the moment he is introduced—kneeling and praying by his bedside. On his mirror is written the Scripture Hebrews 13:8 “Jesus Christ is the same yesterday, today, and forever.” He obviously places his faith in God—the same God of Psalm 139 that King David praises, saying:

“For you created my inmost being; you knit me together in my mother’s womb. I praise you because I am fearfully and wonderfully made; your works are wonderful, I know that full well. My frame was not hidden from you when I was made in the secret place, when I was woven together in the depths of the earth. Your eyes saw my unformed body; all the days ordained for me were written in your book before one of them came to be. How precious to me are your thoughts, God!”

His faith drives him to value his crew. Every man, no matter their rank, is important to the Captain. In return, his crew places their unwavering faith in his leadership. They never question his motives. They simply obey his orders. What a difference from the culture of today, where so many people are acting out of selfish motivation.

“Therefore if there is any consolation in Christ, if any comfort of love, if any fellowship of the Spirit, if any affection and mercy, fulfill my joy by being like-minded, having the same love, being of one accord, of one mind. Let nothing be done through selfish ambition or conceit, but in lowliness of mind let each esteem others better than himself. Let each of you look out not only for his own interests, but also for the interests of others.” —Philippians 2:1-4

“Greyhound” is often confusing, and as a result, often frustrating. However, it has several wonderful moments of action, sorrow, and joy. Even as a war movie, it is family friendly—very little profanity or vulgar language, one moment of brief, bloody violence, and zero sexual content. Its positive message far outweighs any negative content. Though I wouldn’t say it’s a great movie, it is certainly worth popping a bowl of popcorn at home and watching with your family. After all, it’s the first new movie in forever—kinda.

Positive
Positive—I watched “Greyhound” in a very unexpected place, my iPhone (thanks to AppleTV+). Not really the kind of screen to watch a big, sprawling epic like this, but anyway… this movie was better than I expected! It’s authentic, genuine, fast-paced, thrilling, and surprisingly faith-driven. While not Hanks finest performance (it’s not a transforming performance like Mr. Rogers or Walt Disney), he still brings a real hero to life in a real and genuine way. Hanks also wrote the script for the film, and makes Captain Krause’s Christian faith a strong motivator for the character in the film. Krause quotes Scripture, prays multiple times, and carries an attitude of humility when it comes to his job. I can’t tell you how refreshing it is to see strong Biblical faith respected and valued in a major Hollywood production like this.

I was also pleasantly surprised at how restrained this movie was in terms of offensive content, especially in comparison to other wartime movies. Blood and gore are almost absent completely (save for a couple of moments showing injury). Language is also relatively limited (mostly due to Krause objecting to swearing on his ship). The f-bomb is dropped once by a crew member. It is glaringly unnecessary, as it’s pretty much solely in the film to guarantee it a PG-13 rating. However, it should be pointed out that the offender does apologize immediately after using it. Besides that, there are five other uses of milder language. On the flipside, God’s and Jesus” names are not misused (another rarity for Hollywood!).

It’s not for younger kids (there are some intense maritime battles). But for families with tweens and up, “Greyhound” is a pretty solid movie night choice.
My Ratings: Moral rating: Better than Average / Moviemaking quality: 4

Tom Hanks came out with strong acting. He played the character in a humble way but you knew he was in command. He never was in battle before, however he knew how to captain a ship with plenty of experience. I’ll have to buy the Blu-ray later, I saw it on my desk computer that has a good size screen for a desktop. The overall acting from the crew was very good, and they looked up to the commander.

The senior officers and Senior Chief all looked battle experienced and you can see it in their good portrayals of their character they are were playing. I liked that fact that there was very little cussing. The long Navel battle was very tiresome on the crew and especially the captain. Even the mess steward wanted his captain to eat and have had plenty of coffee for him. Again very exciting battle special effects.

The Tom Hanks character was portrayed as a man of character and we find out after the long battle that he was, after being so tired in his cabin alone after the battle, before he flops on the bunk he has his Bible, and he gets on his knees in prayer and thanks the Lord for the victory.

Too bad with this unnecessary coronavirus scare we couldn’t see the movie with other people on a wide screen, the way it was supposed to be seen, even IMAX. Worth seeing. For war history buffs and veterans it is required viewing.
My Ratings: Moral rating: Good / Moviemaking quality: 5
Robert Garcia, age 72 (USA)