for bloody horror violence, and language including some sexual references. 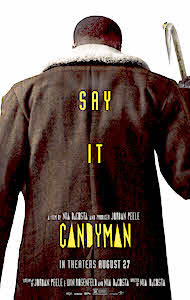 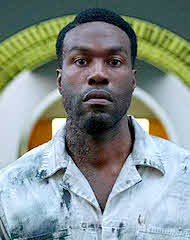 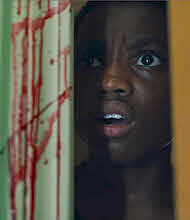 Overt depictions of brutality and cruelty

Who is Satan, the enemy of God and all people? 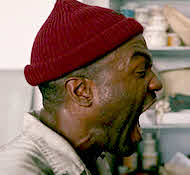 Strong rage and revenge themes in films— where do they lead in society? 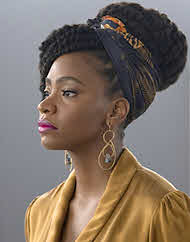 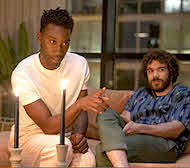 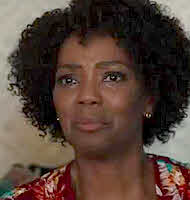 Dare to say his name? For those who dare, it is said that if you say Candyman’s name in the mirror five times, he’ll appear behind you and kill you with his hooked hand. At least that’s how the legend has been told in the streets of Chicago over many decades. And following the events of what unfolded at the Cabrini housing projects in 1992 (where the original film took place), people still believe in the legend of Candyman and dare not tempt fate.

This film’s story takes place in Chicago in the year 2019. The focus is on and up and coming artist Anthony McKoy (Yahya Abdul-Mateen II). He’s actively preparing for a gala, but, according to the exhibitor, his art has lacked passion, uniqueness, or even a strong message that his earlier works brought.

So, for inspiration, Anthony decides to turn his attention to the Candyman incident of 1992 and the events surrounding it as well as an earlier instance of a Candyman sighting in 1977. The macabre details of the Cabrini Housing Projects and Candyman will be his inspiration for the Gala. He even goes so far as trying to supernaturally summon Candyman. But then things start to change around Anthony. People end up dying (in the most graphic of ways I might add).

Well hey, what does Anthony have to worry about? It’s just an urban legend…

“Candyman” is probably one of the most perplexing horror films I have ever seen. Truthfully, I had never seen the first film before Jordan Peele’s “Candyman,” so in preparation for this, a few days prior I watched the original 1992 film, “Candyman.”

My first thoughts when I was done was “Huh. That was different. I just don’t know what.” It was old-school horror—part ghost-story, part slasher and part thriller. Yet it was also mysterious, particularly when it came to the dialog, not from simply Helen Lyle (Virginia Madsen) and her cohorts, but from the villain Candyman himself. In the 1992 film, Candyman’s dialog contains phrases like, “Become immortal like me,” and he wasn’t as horrifying as he was, shall I say, satanic. He reminded me of Satan in the way he tempts, lures and destroys.

I say all of this because in Producer Jordan Peele’s “Candyman,” he does a decent job of filling in the rest of the pieces of Candyman’s background and history, and we discover that not everything is as it seems (I actually went back this evening for a SECOND viewing because I didn’t catch everything the first time, and there were new elements to the film I discovered). We also are provided with some plot points and background of secondary characters and events that occurred in the first and prior film that really bring the whole franchise full circle. I honestly left the theater with no questions. The storytelling and plot development exhibit considerable talent.

However, the profound level of darkness and evil that surround “Candyman” are disturbing enough for any Christian to stay far away from this film. There are lines and degrees of horror in this sequel that should not have been crossed when it came to violence… the killing of children (those scenes will be mentioned in the Content for Concern section later). The intensity of the gore on display in this film was enough to make me turn away and shield my eyes.

The other issue I have with this movie is the blatant and utter disrespect for law enforcement. The surrounding themes behind this 2021 version are “white supremacy” and “racial profiling by police.” There’s even a scene where Candyman guts and kills 6 policemen in a row towards the end of the film. This scene really didn’t need to be in there, honestly. To me, this was appalling, as I have family members who proudly served as police officers and in the military. I probably should have expected these themes to occur when you see Peele’s name attached to a film, but, honestly, I’m just tired of these themes showing up in movies. There is a time and a place for discussions, and it’s always important to have them, just not in movies and not by Hollywood.

VIOLENCE: (Please note this is only a partial list of the violent content.) A kid is heard screaming after an encounter with Candyman (we don’t see anything occur, but it’s clear something bad happened). We see shadow puppets acting out scene of a dog being beheaded and people being stabbed—and another being burned. A man is beaten to death by police (off-screen). Candyman stabs and guts all of his victims in the most graphic of ways (which I will not describe), and his victims are left in a messy way in many scenes. A finger is cut by a razor. A man has his arm cut off by a saw. There are genuine moments of sheer terror throughout the film.

Teenage children are killed. We see blood pouring from a sink as we hear a teenage girl gasping for air while being killed by Candyman. We hear other girls being killed by in this same scene (they are all in the girls’ room). Brief glimpses of the killing are seen through a compact mirror. In another appalling scene, a child is killed in her room (we don’t see anything but her brother opens the door a little and sees her leg with blood near it and Candyman standing near her).

Policemen are graphically killed. Someone is shot and killed. Shadow puppets, during the end credits are shown being murdered, electrocuted, and drawn and quartered. A woman is abducted.

SEX: There is an openly Gay couple—kissing, snuggling, etc.). Another couple is seen having sex (very brief and the camera pans away). A couple is seen kissing. Someone suggests that a person should be stock-piling morning-after pills.

NUDITY: A man is seen in his boxers and bare chest. A woman wears very short pajamas to bed. Cleavage.

OTHER: A character’s skin becomes infected from a bee sting, and we see his nail fall off.

This film involves meddling or interacting with demonic entities. This is a major red flag for Christians. Demonic entities are real and are not to be called upon. This goes completely against the Word of God.

“Be of sober spirit, be on the alert. Your adversary, the devil, prowls around like a roaring lion, seeking someone to devour.” —1 Peter 5:8

These entities are controlled by the Evil One, Satan. The only way we can be sure not to be enticed by him is by fully relying on God.

“Submit yourselves, then, to God. Resist the devil, and he will flee from you.” —James 4:7

For he has rescued us from the dominion of darkness and brought us into the kingdom of the Son he loves, in whom we have redemption, the forgiveness of sins.” —Colossians 1:13-14

“But the Lord is faithful, and he will strengthen you and protect you from the evil one.” —2 Thessalonians 3:3

“Candyman” is a prime example of how a horror sequel can round out a series, while still making its own identity as a standalone film. Director Nia DaCosta and Jordan Peele will no doubt be a force to be reckoned with in the years to come in Hollywood. However, there is an overwhelming amount of gratuitous, over-the-line violence, vulgarity and profanity that overshadows the creativity of the filmmaking. The cinematographic aspects of the film (lights, camera, acting, plot) are well done. But morally it’s almost as bad as a film can get. I beg you—please don’t see this film. Please do not take children or teens. Please do not grieve the Holy Spirit in such a way, and above all…

Secular Movie Critics
…derivative critique of race and class… flat characters limply stumbling over a script intent on hitting us over the head with its social commentary…
Sarah-Tai Black, The Globe and Mail (Canada)
…skillfully made… pointedly political…
Mark Feeney, The Boston Globe
…overwhelmingly dour and gloom-cloaked…
Richard Whittaker, Austin Chronicle
…both overly didactic and muddled… framing it as a wider narrative about the ravaging of urban Black communities and the furies unleashed by that pain. …The film is so busy working through what it’s trying to say that it loses its specific pacing and texture, tumbling toward a finale that subverts its own rules and confuses its argument. …
Richard Lawson, Vanity Fair
…It’s less a “slasher film” than a drama with a slasher in the middle of it. …evokes the grandiloquent sadism of mid-period De Palma… the whole premise of “Candyman” is that Candyman, from the start, is a supremely un-mad slasher. He’s a walking historical corrective, throwing the violence of white America back in its face. …
Owen Gleiberman, Variety
…In trying to reckon with the contradictions of the ’92 film, as well as carve out their own work, DaCosta and her collaborators have created a misfire that can’t make its tangle of politics — about gentrification, the Black body (horror), racism, white desire — feel either relevant or provocative. When Blackness is whittled down, this is the kind of poor cultural product we are sold. …
Angelica Jade Bastien, Vulture (New York Magazine)
…Sharp social commentary and slick genre trappings make for thought-provoking entertainment, even if it never entirely hooks you. …
Matt Maytum, Total Film
…finds new depths in an urban legend but drowns in its own innovation… By the end of this new Candyman, little personal investment remains for the audience, just a miasma of provocative thoughts failing to cohere into something greater. The film has enough visual panache to make it an involving watch, but it struggles to live up to the audaciousness of its deeper ideas.
David Sims, The Atlantic