for brief violence and bloody images. 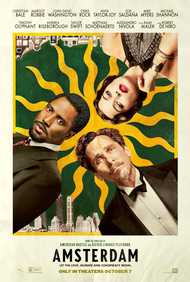 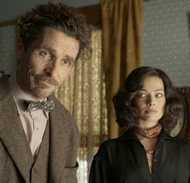 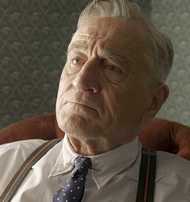 Three friends—a doctor, a nurse, and a lawyer become the prime suspects in a murder

Fascist plot to overthrow the US government 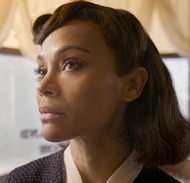 “Amsterdam” is a completely fictionalized retelling of the Business Plot, a 1930s political conspiracy. Starring Christian Bale and Margot Robbie, John David Washington and other A-List actors. The films opens with narration by Burt Berendsen (Christian Bale), a man who was injured in war and now works as a doctor rebuilding veterans from the inside (music and experimental drugs) and out (prosthetics). We soon get a glimpse into his past when a fellow veteran and dear friend (Washington) asks for a favor. Little does he know that this favor will have him wrapped up in a massive conspiracy!

Let’s start with the acting, it’s truly a mixed bag Margot Robbie shines and Bale are believable, although at times over the top. However, Washington is just lousy—a stiff, monotonous bore. He brings down every scene he is in. Despite better acting surrounding him, he doesn’t measure up, and the film suffers. Similar can be said of Taylor Swift who plays Liz Meekins, daughter of U.S. Senator Bill Meekins (Ed Begley Jr.). However, some of the other actors are fitting (Zoe Saldana, Robert De Niro, and Rami Malek).

Acting aside, the film with its direction and plot comes across as pretentious and deliberately disjointed in order to appear quirky and Oscar-worthy. It almost attempts to mimic Wes Anderson’s style (“The Grand Budapest Hotel”), but simply falls short.

Now to the objectionable content. The film deals with war (blood, guts, and gore), alcohol, drug use and abuse, language/blasphemy, and racism surrounding the 1930s. The later is handled poorly via a Chris Rock stand-up bit.

In addition to all objections above, the film glorifies premarital relations with a type of free love theme which wasn’t really popularized until the 1960s. Again, this is a fictionalized retelling.

The story is about finding the truth, no matter the obstacles. Life’s trials lead us to distraction and seeking after other means to get through.

Therefore, holy brothers, partners in a heavenly calling, keep your focus on Jesus, the apostle and high priest of our confession. —Hebrews 3:1

As for a recommendation, it’s a no from me. All the star power in the world couldn’t free the story or the viewer from its incohesive plot—especially with the objectionable content mentioned earlier. It’s a resounding no.

Secular Movie Critics
…wastes incredible talent on a dull story… “Amsterdam” has every advantage imaginable. Doesn’t matter. It’s the worst movie of the year so far, and I will bow down to whatever comes along and tops it. …
Johnny Oleksinski, New York Post
…A good-looking waste, but a waste nonetheless. …wholly misconceived script…
Tara Brady, The Irish Times
…To describe “Amsterdam” as an unfunny comedy would be unfair, because it’s so much more than that. It’s also a non-thrilling thriller and a not particularly mysterious mystery. As an allegory for our times it is vapid and irrelevant. …
Kyle Smith, The Wall Street Journal
…“Amsterdam” reaches for something contemporary to say about race relations, concentration of wealth, veterans and fascism but ends up with a plodding, mannerist noise. …
Mark Kennedy, Associated Press
…It is a slog of epic proportions that utterly wastes the talents of all involved. Completely lacking in cleverness and without any sense of direction, it is a cinematic drought of entertainment that only has any intrigue in how baffling an artifact it remains. It may not be the worst movie of the year, but it is certainly the most annoying. …
Chase Hutchinson, Collider
…It’s sloppy and disconnected, crammed with thinly drawn characters play-acting ‘30s screwball as Russell’s unmoored camera and jarring editing force the issue instead of capturing something genuine which, even with a game cast, clearly wasn’t there to begin with. …
Robert Abele, The Wrap
…jaw-droppingly terrible, aggressively tasteless, profoundly unfunny and interminably dull conspiracy thriller and would-be comedy… the all-star ensemble has less chemistry than a high school freshman on the first day of class. …
Richard Roeper, Chicago Sun-Times
…an eccentric mess… “Amsterdam” might encompass 15 years of history, straddle two continents and throw in innumerable subplots, but it becomes increasingly hard to shake the sense that you’re watching a very thin idea twiddling its thumbs. …
Robbie Collin, The Telegraph [UK]