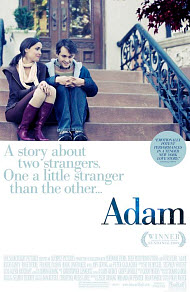 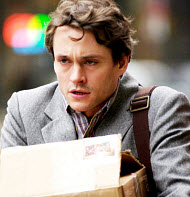 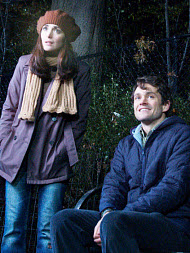 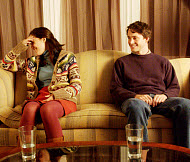 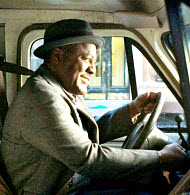 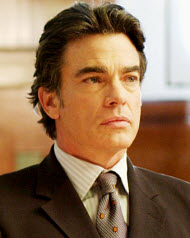 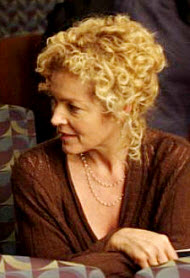 Age of Earth and the universe

Learn how to make your love the best it can be. Christian answers to questions about sex, marriage, sexual addictions, and more. Valuable resources for Christian couples, singles and pastors.
Lesbian couple

About the first Adam

What was Adam, the first man, really like? Answer
Learn the amazing facts about this unique man from whom we all descended!

“A story about two strangers. One a little stranger than the other…”

“Adam” begins with Adam Raki (played by Hugh Dancy) burying his father. He is a 29 year old man with Asperger Syndrome. Adam now lives alone and works as an engineer, but his life is a series of patterns, organization and routine. Besides work and his routine, the only other thing that Adam cares about is astronomy. Adam has a hard time understanding slang, jokes and sarcasm.

Beth (Rose Byrne) Buchwald moves into his apartment building and is charmed by her cute neighbor, but when she struggles to pull her grocery cart up the stairs as Adam sits by, she notices something is a little off. As the movie develops, Beth realizes more and more there is something quirky about Adam, until finally Adam tells her he has Asperger’s.

As Beth and Adam develop a friendship, she tries to help Adam overcome socially awkward situations and to break out of his routine. Meanwhile, Beth is dealing with the fear of her father, Marty (Peter Gallagher), going to jail for some shady business dealings. Beth has idolized her father and now must come to terms with him not being the man she thought.

There is talk about the Big Bang and the solar system being billions of years old.

Several curse words are used, and the f-word is used twice. Both Jesus and God’s names are taken in vain.

Shortly after Adam and Beth meet, he takes her to the park to see raccoons. Afterward, he ask her if she was excited sexually. Although there was no nudity, there is one scene where Beth takes Adam’s hand and places it on her breast. They have sex, but it is not shown. Another time, Beth is seen in bed with a négligée.

Beth takes Adam to a party with her friends. Two female friends have adopted a baby together and they are shown holding hands. There is also a quick discussion about Islam. Alcohol is consumed in several scenes, and in one scene Beth is clearly over-intoxicated.

Adam “freaks” out and is shown throwing things. In another scene, he intentionally bangs his head into a mirror.

Although, this movie portrays an adult man with Asperger’s and the people he encounters, I felt it portrayed a society without God. Beth was selfish, spoiled and use to getting whatever she wanted. When she begins a relationship with Adam, she never thinks of the consequences of her actions, which is typical of most relationships devoid of God. Beth talks to her Dad (who is selfish himself), a teacher at school, her mom, and some friends about her relationship with Adam. She never consults God, the Bible, or a spiritual adviser before moving forward.

“Adam” made me think, and I would recommend seeing it. Although, I felt it was well-written and well-directed, it made me sad. Who doesn’t know someone like Adam? Can the Adams in the world know happiness and have normal relationships? Can the people who have children or spouses like Adam ever hope for normalcy?

What kind of world would you create?

Positive
Positive—I found out about a year ago that I have been married to an Aspie. We are both Christians and have felt the negative effects of Asperger’s upon our marriage and lives as individuals and beginning to understand Aspergers has been helping us communicate better. Sitting and watching the movie with him was more enlightening than the movie itself. Many times I was “struck” by Adam’s responses and looked to my husband and asked him "is that how you feel?" (even though he does not pound his head against a mirror) He responded…"I feel JUST like that". (even though he did not rage as Adam did; he did used to have bouts of anger and “controlling behavior and speech” that was frightening that I interpreted as verbal and emotional abuse) He could understand and sympathize not only with Adam but with his girlfriend and how Aspergers has affected me.

My husband felt that it was very realistic on both counts and was even affirmed to see that others (NTs) are trying to understand him. We both found the movie to be startling at times; enlightening and as Christians; but realizing that we DO have the HOPE of glory, our Lord Jesus who has brought us together and He does not wanting us to live as those depicted in this movie. (unable to have relationship, lose control and hurt others, feel misunderstood or emotionally controlled)

My husband has integrity but with much moral conscience and obligation to God to have relationship with me in a holy and acceptable way. God has blessed us; even with the Aspergers.

I recommend the movie but I thoroughly agree that a “christian version” really needs to be made… if so, it will be named "Robert."
My Ratings: Moral rating: Average / Moviemaking quality: 4

Comments from young people
Positive—I have Asperger’s Syndrome, so when I first saw the previews, I had some doubts. I was worried that Hugh Dancy would overact or that Hollywood would mock the symptoms for humor, but I was wrong on both ends. I actually found the film very touching. The social alienation (sitting away from possible, not looking at people when they’re talking to me, forgetting to respond, etc.) that is commonly associated with the disorder were portrayed sensitively, but not in a way that seemed overtly dramatized. The heightened intelligence is also something I can relate to. How you might be so fascinated with the subject that you simply want to say it all, regardless of whether people want to say something and are giving you "cues". In other words, Hugh Dancy was fantastic.

Rose Byrne, an actress who I like quite a bit, was also very good, although she’s obviously a little bit second-fiddle in comparison to the lead. She didn’t portray the love interest as a stereotypical dream girl, she just was appropriately subdued, happy in many scenes, angry in others. For romances, direction doesn’t quite factor in as much. While the editing, and cinematography are on track, the main thing that matters most in films like this are characters, something which Adam accomplishes in spades. Part of me hoped for the film to be longer, as some of their relationship could’ve had further development. This isn’t quite a flaw, this is just a "what if?" kind of quip.

While the film is mostly grounded, it’s main issue comes from the instances when it reaches the level of sentimentality (something which was clear to me in about 3 or 4 instances). For the most part, the film contains heart and honesty very rare in a romance, and even if it does fall prey to clichés a few times, it’s hard for that not to happen in this genre.
My Ratings: Moral rating: Better than Average / Moviemaking quality: 4