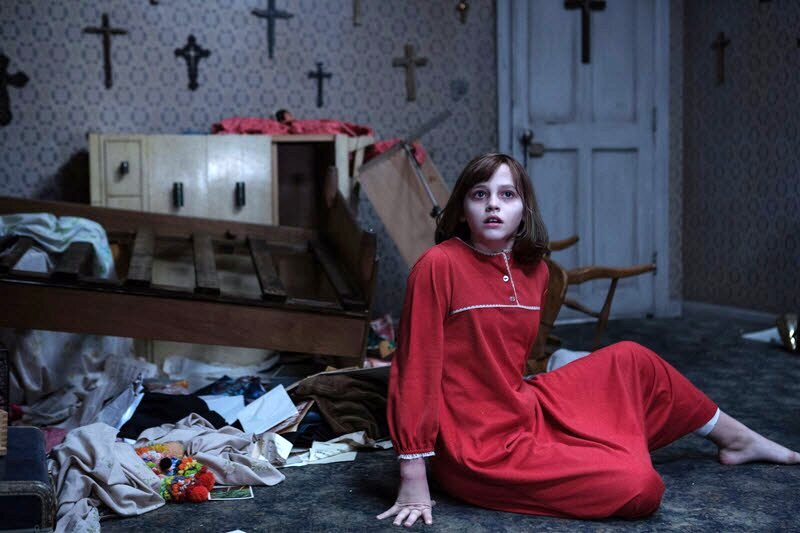 The Conjuring 2: The Enfield Poltergeist

for terror and horror violence. 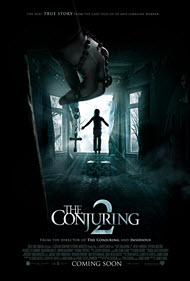 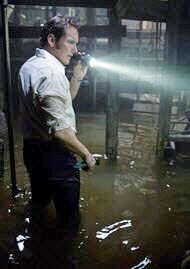 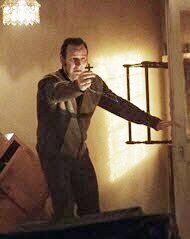 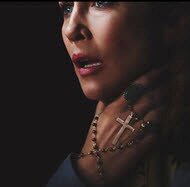 “Battle of good vs. evil”

MALEVOLENT SPIRITS—Where do these dangerous, hostile, and evil entities come from? Answer (Who are they? Why do they exist? An open letter to Wiccan and Spiritist believers from a former Spiritist)

spirits in the Bible

Lorraine Warren is troubled. Really troubled. For those who aren’t familiar with the series, Lorraine, a gifted clairvoyant, and her husband Ed (Patrick Wilson), a demonologist for the Catholic Church, use their gifts to visit homes and families plagued by demonic spirits.

Taking place shortly after the events of the first Conjuring film, Lorraine expresses to her husband that what they are pursuing, their gifts, are becoming too dangerous and that for the sake of themselves, and their daughter, they need to withdraw from this field and simply provide lectures regarding demonic spirits, as opposed to “fighting” them.

In another part of the world, in the town of Enfield, England, the Hodgson family, is also, well, troubled. You see Peggy is a single mom of four children: Margaret, Billy, Johnny and Janet. Struggling to make ends meet, and trying to take on both parental roles, is causing one of her children, Janet, to go to desperate measures, hoping for their dad to return someday.

How does she do this? By contacting the spirits of the dead through a Ouija board she and her friend made. At first, Janet is unable to receive a response from the spirits, but, as time passes, a malevolent, foul spirit latches onto the family, and more specifically Janet, going by the name of Bill Wilkins.

MALEVOLENT SPIRITS—Where do these dangerous, hostile, and evil entities come from? Answer (Who are they? Why do they exist? An open letter to Wiccan and Spiritist believers from a former Spiritist)

Of course, Ed and Lorraine are called to the scene simply to make a determination as to the validity of the case. But what they are about to experience will challenge their faith and their “gifts” to the extreme.

Demonic possessions and the field of exorcism are difficult subjects to discuss. The Bible provides examples where Jesus himself was asked to drive out demonic possessions, such as in the case of Mary Magdalene (see Luke 8:1-3).

Demonology it is a difficult subject, not in as much as it becomes an argument as to the reality or existence of demonic spirits, but as to whether such a subject should be focused on and observed in mainstream film (films like “The Exorcist,” “The Amityville Horror” and yes, “The Conjuring”) because it is not right or just to glorify or primarily focus on them, as this can sometimes blind or confuse us as to what really matters—Jesus has dominion over these foul creatures and that he has already won.

I say all this because such an argument could be made for “The Conjuring” films to the point where one asks, “Why in the world would anyone wish to review such a film?” While demonology (occultism coinciding) is something, I agree, should NOT be given attention or glorified, there is something “The Conjuring 2” does touch upon that the first Conjuring film rarely touched upon… the power of Christ.

Something you should know about the Warrens is that they are indeed devout Catholic Christians. In one scene between Ed and Janet, Janet asks Ed as to why he pursues and drives out demons. He informs Janet that it is God who drives out the demons, or, as he says, is giving “the demons a good kick in the butt.” In essence, he credits the Lord as having the ultimate authority and Ed serving only as a tool. Again, this point is driven in other scenes of the film.

This is refreshing, yes, and, not to spoil the film, when the Warrens attempt to drive out the demon, they do so in the name of Jesus. But the question remains, should such events make their way onto the screen?

For myself, I have mixed feelings in this regard when it comes to “The Conjuring” films. As I said, there are indeed better ways to promote the message of Christ and his victory over Satan and his servants, and Hollywood is not usually the best way to do this. But truthfully, “The Conjuring” films (and trust me, I’ve seen quite a few horror and even some exorcism films) are the only “big budget” films I’ve seen where Christ’s power is acknowledged as the ONLY means of defeating the spirits, not our own strength or through rituals.

With regards to other aspects of this film, it’s a cinematic masterpiece. I have always respected James Wan in his directing (“The Conjuring,” “Insidious”) and in his producing (“Annabelle”). When he creates a horror film, he honors the genre by providing the typical scares you would expect (a knock on the door, a sudden noise, the fading of music followed by the scare, etc.) but he places them ever so delicately (like another horror filmmaker, Guillermo del Toro) in the right moments and tests the limits of fear by adding his unique brand of new scares, as well, and, as other reviewers have mentioned, he does not use gore to do so. For that, I commend him as a director and as a writer, as he delivers this in full in “The Conjuring 2.”

The performances, also, by Vera Farmiga (whom I’ve grown to respect in TV’s “Bates’ Motel”) and Patrick Wilson (a reoccurring Wan-based film actor) are impressive, as is the plot of this film. In comparing both films, I have to admit the plot in “The Conjuring 2” is a lot stronger, as there is more time devoted to character development, as well as a nice balance of lighter moments scattered, again, appropriately throughout the film. A fine film overall.

Spiritualism/Demonology/Occultism: First and foremost, “The Conjuring 2” presents themes regarding demonology, demonic possessions, and event occultism, which will be offensive to many Christians. There is a scene where Ed and Lorraine are part of a séance, as well as an offensive scene where several crucifixes are turned upside down. In conversation with Ed, the demon, Bill, mentions he is not a “heaven guy.” There is also talk about theories regarding life after death.

Violence: Heavy. Most of the violence in this film comes in the form of multiple scenes of intense horror and terror (hence the R rating). Other scenes include characters being tossed against the wall, falling on the floor several times and also once hanging on the ceiling, characters being bitten by Bill, the demon throwing household objects at characters, a man being blinded by steam, a flashback scene involving a family being shot and killed (with blood accompanying the scene) and a vision where a character is “skewered” by a sharp object.

Sex/Nudity: Lorraine mentions to Warren, as they are preparing to sleep in their separate twin beds in the Enfield home, that them sleeping together will be something to “look forward to” when they return to the States. Peggy mentions that her husband had an affair with a neighbor

Other: There are scenes involving smoking.

As I’ve stated earlier, what we must remember with this subject is that Christ is already the victor. We need not fear evil, whatever form it takes. As messengers and soldiers of Christ, therefore knowing Christ is fighting with us, we must be willing to engage the enemy:

As I stated earlier, “The Conjuring 2” is one of those rare films that use Christ’s power as a means of combating evil. Having seen the previous Conjuring film, I must say that, cinematically, “The Conjuring 2” is also one of those rare sequels that I feel is STRONGER than the first. However, this does not warrant a recommendation, as the film does touch upon heavy themes regarding demonology and occultism. Ultimately, the decision lies with the viewer.

Positive
Positive—This is a terrific follow-up to one of the most memorable and terrifying films in recent memory. James Wan understands horror, and is clearly passionate about his work, which makes films like “The Conjuring” and “Insidious” stand out amidst the dozens of other horror films made each year for the sole purpose of making a profit off of a ridiculously small budget.—Vera Farmiga and Patrick Wilson are once again fantastic as paranormal investigators Ed and Lorraine Warren. Their screen chemistry is impeccable, and I absolutely loved their relationship. The acting was very good all around, special mention to the young actress playing the girl at the centre of the demonic attacks, because she looked genuinely scared.—No birds flying past windows or cats jumping out of cupboards here! The scares are all earned.

There is some seriously creepy imagery present throughout, and whenever there is a jump-scare there’s always something horrific jumping out at the screen to accompany the shrieking of the violins. I honestly gasped on more than one occasion.—Good script and characters, fundamental things that are missing from most modern horror films. The family element and the relationships between the characters all play a major part in the story. As a result I was invested and cared for the characters, making the scares all the more effective and nail-biting.

Whether the events on which this film is based on are real or not, this is still a thoroughly entertaining and well-crafted horror film. It is refreshing to see a film of this genre with a positive message on the power of faith and how Christ ultimately conquers all things. If you enjoyed the first Conjuring, I have no doubt you’ll enjoy this one as well. …
My Ratings: Moral rating: Good / Moviemaking quality: 4½

Sheri Linden, The Hollywood Reporter
…“The Conjuring 2” is just a not-bad megaplex funhouse movie, no more and no less, but, on another level, it offers its potential fans a helping of reassurance to go along with the fear…