for language and some suggestive material. 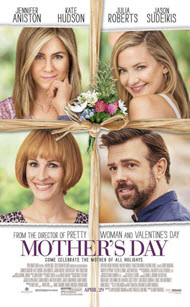 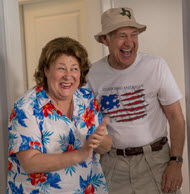 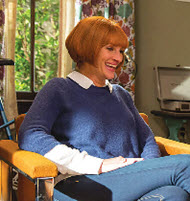 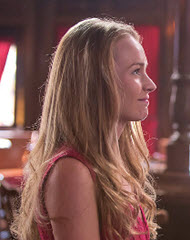 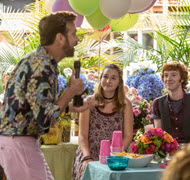 Learn how to make your love the best it can be. Christian answers to questions about sex, marriage, sexual addictions, and more. Valuable resources for Christian couples, singles and pastors.
Homosexuality

“Mother’s Day” is the third ensemble holiday comedy from director Gary Marshall following “Valentine’s Day” and “New Year’s Eve”. Like those flicks, it presents a pretty hefty collection of subplots carried by an all-star cast. Is it good? Is it bad? Well… let’s look at the plot first (or, rather, plots).

Sandy (Jennifer Aniston) is a recently divorced mom working to keep her two tween sons happy. Her ex-husband just got married to a much younger (and more attractive) woman, causing her to become intensely insecure about both who her sons prefer and her own age. She’s also desperate to get a job with the highly popular Home Shopping Network star Miranda (Julia Roberts), who, of course, has her own issues with motherhood to contend with.

Elsewhere, a young woman named Kristin (Britt Robertson) has had a child with her live-in boyfriend, who is pressuring her into a marriage she doesn’t feel ready for.

Sisters Jesse (Kate Hudson) and Gabi (Sarah Chalke) are both contending with the same problem: choosing life partners who they know their parents (a couple of stereotypically judgmental and uneducated Texas bumpkins) won’t approve of. While Jesse is married to an Indian doctor (and is the mother of his child), Gabi has secretly married her lesbian lover and adopted a child with her. When the parents come to visit, troubles arise.

And then we have Bradley (Jason Sudeikis). This poor guy lost his wife, a US Marine, a year ago and is now struggling to be a good father to both of his daughters while dealing with the grief of his family’s tragic loss.

That’s quite a lot of subplots for one film… and that’s a huge problem. The movie has a really tough time juggling all of them at once, making it really hard to get invested in any of the characters. The problem is made even worse by the fact that none of the characters in this movie behave like human beings. There were plenty of times where my jaw dropped at ridiculous and/or unrealistic dialog and behavior. And then there’s all the plot conveniences and contrivances. This movie is filled to the brim with contrived situations, in which everything turns out okay and all the puzzle pieces fit perfectly together for obligatory happy endings. To say that suspension of disbelief is required would be an understatement.

The movie tries to tug at your heartstrings with plenty of scenes meant to be either heartwarming, heartbreaking, or emotionally powerful. The problem is that all of these scenes feel too plastic, artificial, and forced to elicit and reaction other than an exasperated sigh. A scene in which a mother tearfully reconnects with her long-lost daughter should have tears welling up in your eyes and a lump in your throat. It had absolutely zero effect on me (and I’ve cried plenty of times during emotional films). I just stared at the screen, stone-faced, wondering why I wasn’t crying my eyes out at such an emotional moment.

The comedy is very lackluster, mostly relying on poor slapstick, embarrassingly over-the-top acting, sexual references, poor sight gags, racism, and stereotypes. This is a two-hour movie, and I never laughed. Not once. I recall only about three very short moments where I chuckled to myself a bit (barely). The rest of the audience was silent for the entire run-time. When your comedy fails to make the audience laugh even once, you know you have a serious failure on your hands.

With such a great cast, it’d be fair to expect some top notch performances. Unfortunately, that isn’t the case here. Not that the acting is particularly bad or anything (for the most part), but it’s nothing special either. These roles could have been played by anybody, making it fairly obvious these A-listers were picked for the names and nothing else.

I wish I could say the movie redeems itself with its lack of offensive content. To do so would be a complete lie.

Sexual Content: Some of the humor does rely on sexual references, wordplay, and sight gags (a scene featuring a school play gives us the sight of a little boy wearing a lion costume with the tail tucked between the legs and pointing forward as an obvious reference to male anatomy). It never gets too bad, but it’s there. Sandy’s ex-husband is shown with his new wife a few times, and the movie makes it clear it wants us to see how “hot” she is. Characters point it out and she’s shown wearing revealing outfits in pretty much every scene she’s in.

Language: Somehow this PG-13 flick manages to sneak in two thunderous f-bombs. Both Jesus’ and God’s names are misused throughout (16 times). Along for the ride are two s-words, about five uses of “d*mn” and “h*ll”, and one each of “as*-**le” and “p***y”.

Drug and Alcohol Use: Alcohol is consumed socially throughout.

Here’s where things get ugly. This movie opens almost immediately with a thunderous promotion for the LGBT agenda. Literally, the film’s second scene has the film’s two lesbian characters practically preaching down to the audience about how transgenders, homosexuals, and others are all as equally valid for raising children as a heterosexual couple. The scene just drags on, and every scene featuring these two is portrayed in the sweetest, most benevolent way possible. Do I even need to state the Word’s position on this matter? Added to this is the film’s apparent insistence that cohabitation, fornication, and the bearing of children outside of marriage are all perfectly okay.

Jesse and Gabi’s parents are demonized for being conservatives. Granted, their behavior in the film is inexcusable (we should never be hostile or judgmental towards sinners seeing as we’re sinners ourselves), but it’s not just the behavior that the movie condemns. If it were just that, I wouldn’t really have a problem. It’s their beliefs, as well. At one point, Jesse (regarding her parents) talks about how they’re “wrong about so many things,” and they can’t get with the times. It’s not about changing their behavior. It’s about getting them to accept their daughter’s homosexuality as perfectly fine. And, in the end, that’s exactly what they do. And the movie, of course, treats it as a cause for celebration.

We also see some pretty blatant racist humor here. An Indian man is referred to as a “towel-head,” and an Indian woman is told to go “fetch sand.”

When it comes down to it, “Mother’s Day” is all about how amazing mothers are. The movie honors mothers as selfless, loving, caring, and nurturing. It’s very heartfelt in its depictions, and works to remind us of how being a mother isn’t an easy thing, but certainly a worthwhile one.

It also has a lot to say about the effects of parental abandonment. One of the main characters was abandoned by her mother at a young age and her scars are apparent. “I have abandonment issues,” she says at one point, as an explanation for her personal fears of commitment. We also get a glimpse of both redemption and forgiveness, as a mother reconnects with her abandoned child. Bradley works hard to be an emotional support for his daughters after the tragic loss of their mother.

If this movie were a nice cup of Joe, it wouldn’t need any added sugar. “Mother’s Day” is… sweet. Too sweet. Unbelievably sweet—to the point where it becomes misguided in its efforts to warm moviegoer’s hearts. Unfortunately, this is ultimately its biggest weakness. In its efforts to conform to modern society’s obsession with “progressiveness” and whatnot, it ends up selling its audience some very dangerous messages. It promotes homosexuality, cohabitation, fornication, and the likes thereof in a very cheerful way—all while implying that anyone against such things is a hateful bigot lacking in both heart and education. This simply isn’t the way things work, from a Biblical point of view. It’s just pandering. Salt is added to the open wound by the fact that this simply isn’t a good movie. The pacing is slow, the jokes are bad, the characters are forgettable, and the overall experience is unsatisfying. It’s just a bland, dull, artificial excuse for a comedy—packing some anti-Biblical messages. Save your money on this one.

Movie Critics
…one of the worst ensemble comedies ever made…

David Ehrlich, Indiewire
…A movie not even a mother could love. …Mother’s Day is bad from the start, and it doesn’t get better. …

Jon Frosch, The Hollywood Reporter
…the ‘racist Texas grandparents’ plot is a low point… the movie is a disaster. …

Emily Yahr, The Washington Post
…A “Mother’s Day” movie full of flat jokes, reheated clichés and two hours spent staring at your watch. …The plotting is laughably predictable. The supporting players are dreadful. … [1/5]

Stephen Whitty, New York Daily News
…Margo Martindale and Robert Pine … deliver their lines as if the sketches on ‘Hee-Haw’ were visions of restraint.…

Jordan Hoffman, The Guardian (UK)
…The movie, a goopy, glossy mess with 10 times more respect for contrived sentimentality than for film grammar, is bereft of genuinely amusing jokes…

Justin Chang, Variety
…“Mother’s Day” embraces every permutation of how motherhood can occur—including out-of-wedlock cohabitation and a lesbian woman using a sperm donor before marrying another woman—with equal levels of enthusiasm. All paths to motherhood are equally valid, it preaches, and then not-so-subtly implies that rendering any kind of judgment on any of those paths is a backward, bigoted thing to do. …

Adam R. Holz, Plugged In
…NOT RECOMMENDED FOR: Those for whom Mother’s Day (the holiday) is particularly painful, those sensitive to stereotypical and caricature-like depictions of conservatives and different cultures/ethnicities.