What is…
Joppa and why is it biblically significant? 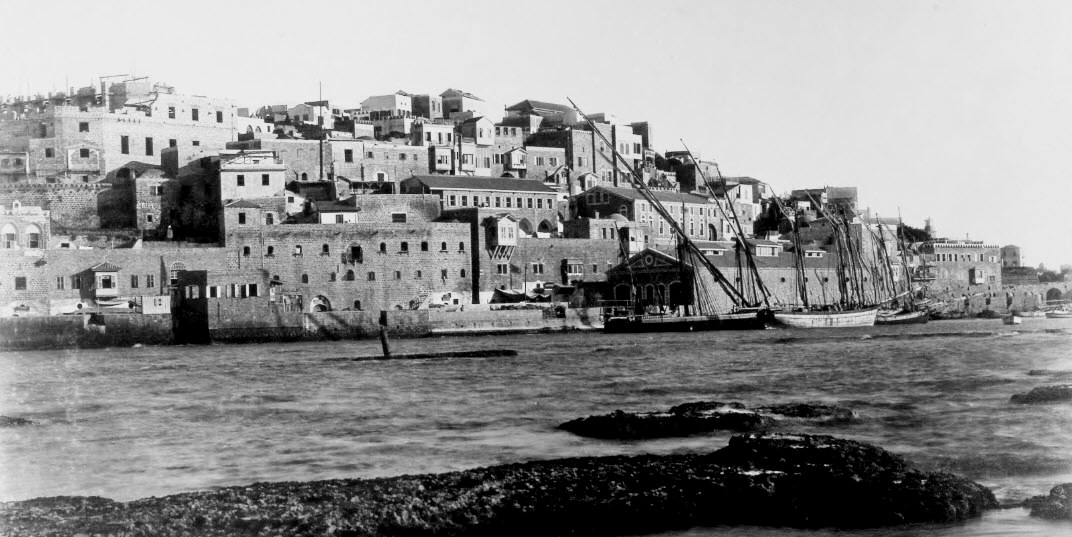 The seaport of Jaffa (Joppa) as it appeared near the end of the 19th Century (circa 1870-1900), viewed from rocks offshore in the Mediterranean Sea.

Joppa is one of the oldest cities and oldest working harbors in Asia. It was the chief seaport of ancient Israel, located on a sandy promontory between Caesarea and Gaza, and about 30 miles northwest of Jerusalem. For many yeears, it was never wrested from the Phoenicians. It became a Jewish town only in the 2nd century B.C. It was located within the tribal land of Dan (Joshua 19:46; King James Version, “Japho”) on its border with Ephraim.

It was from this port that Jonah took ship in an attempt to flee from the presence of the Lord and avoid His mission for him in wicked, pagan Nineveh (Jonah 1:3).

To this place also the wood cut in Lebanon by Hiram’s men for Solomon was brought in floats (2 Chronicles 2:16) for the construction of Solomon’s palace and the Temple.

The material for the later building of The Second Temple was also landed in Joppa (Ezra 3:7).

This believing follower of Christ lived and worked at Joppa. She was generous and full of good works in God’s service. When she became deathly ill and died, her friends washed her body and…

…they laid her in an upper room. Since [the town of] Lydda was near Joppa, the disciples, hearing that Peter was there, sent two men to him, urging him,

“Please come to us without delay.”

So Peter rose and went with them. And when he arrived, they took him to the upper room. All the widows stood beside him weeping and showing tunics and other garments that Dorcas made while she was with them. But Peter put them all outside, and knelt down and prayed; and turning to the body he said,

And she opened her eyes, and when she saw Peter she sat up. And he gave her his hand and raised her up. Then, calling the saints and widows, he presented her alive. And it became known throughout all Joppa, and many believed in the Lord. —Acts 9:37-41 ESV excerpt

The purpose of this and other New Testament miracles was to confirm the Divine identity of Jesus Christ, the Son of God, and to confirm those who were His chosen Apostles to convey the true Gospel of Christ. Thus the Early Church body grew in Joffa and throughout Israel and beyond.

Simon Peter and Simon the tanner

At Joppa, in the house of Simon the tanner, “by the sea-side,” Peter resided “many days,” and here, “on the house-top,” he had his arresting vision of tolerance regarding Gentiles (Acts 9:36-43). Following this, things got even more interesting.

Now there was a man at Caesarea [a Roman seaport north of Joppa] named Cornelius, a centurion. …About the ninth hour of the day he clearly saw in a vision an angel of God… When the angel who was speaking to him had left, he summoned two of his servants and a devout soldier and…sent them to Joppa.

On the next day, as they were on their way and approaching the city, Peter…fell into a trance…the Spirit said to him,

“Behold, three men are looking for you”…

Peter went down to the men and…invited them in and gave them lodging… And on the next day he got up and went away with them… On the following day he entered Caesarea. Now Cornelius was waiting for them… Cornelius said,

“Four days ago to this hour, I was praying in my house during the ninth hour; and behold, a man stood before me in shining garments, and he said, ‘Cornelius, your prayer has been heard and your alms have been remembered before God. Therefore send to Joppa and invite Simon, who is also called Peter, to come to you; he is staying at the house of Simon the tanner by the sea.’ So I sent for you immediately…”

See: What is the Kingdom of God?

“Scarcely any other town has been so often overthrown, sacked, pillaged, burned, and rebuilt.” 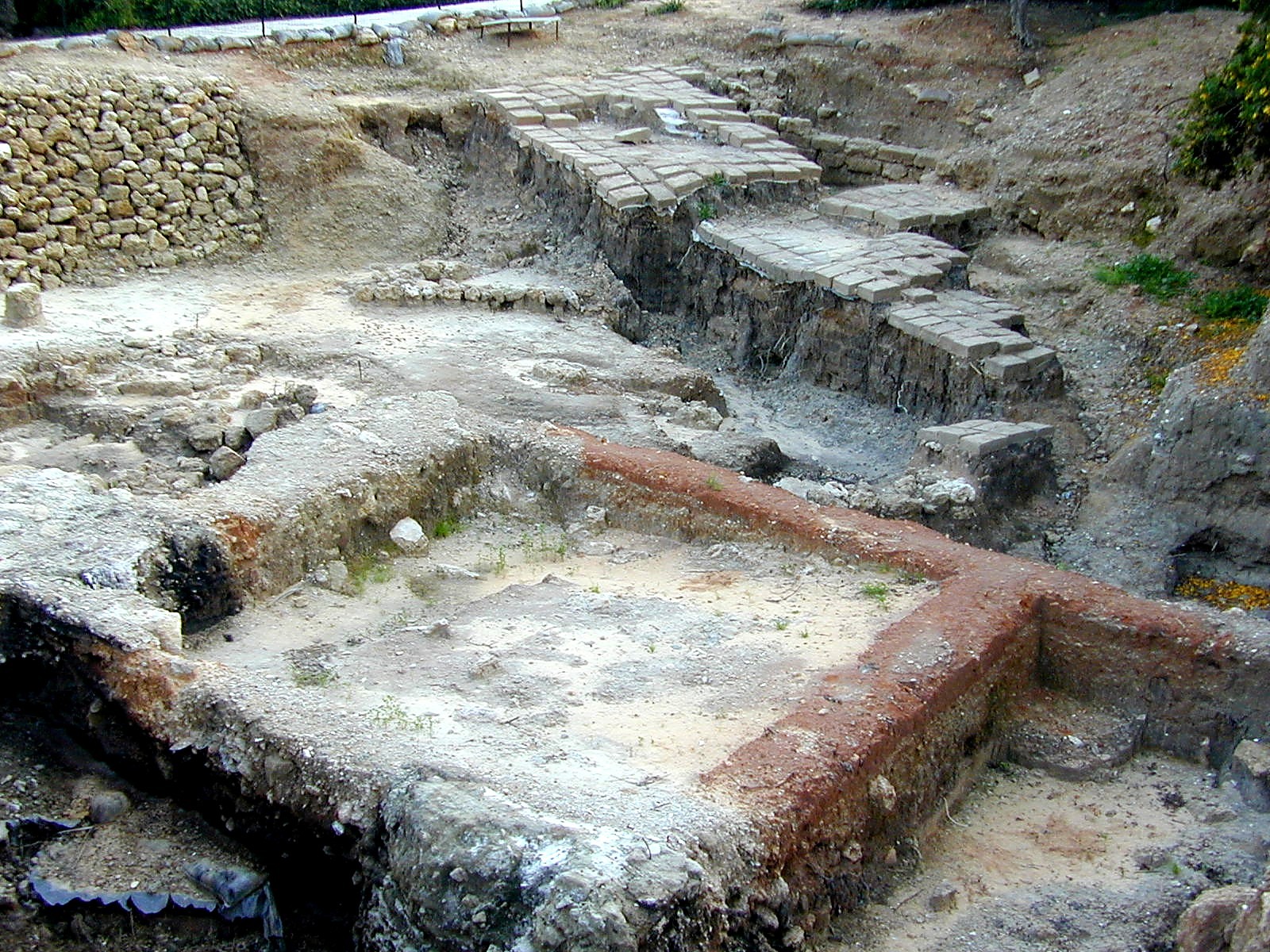 By the 2nd half of the 19th century, the city looked like this, still reminiscent of its ancient days… 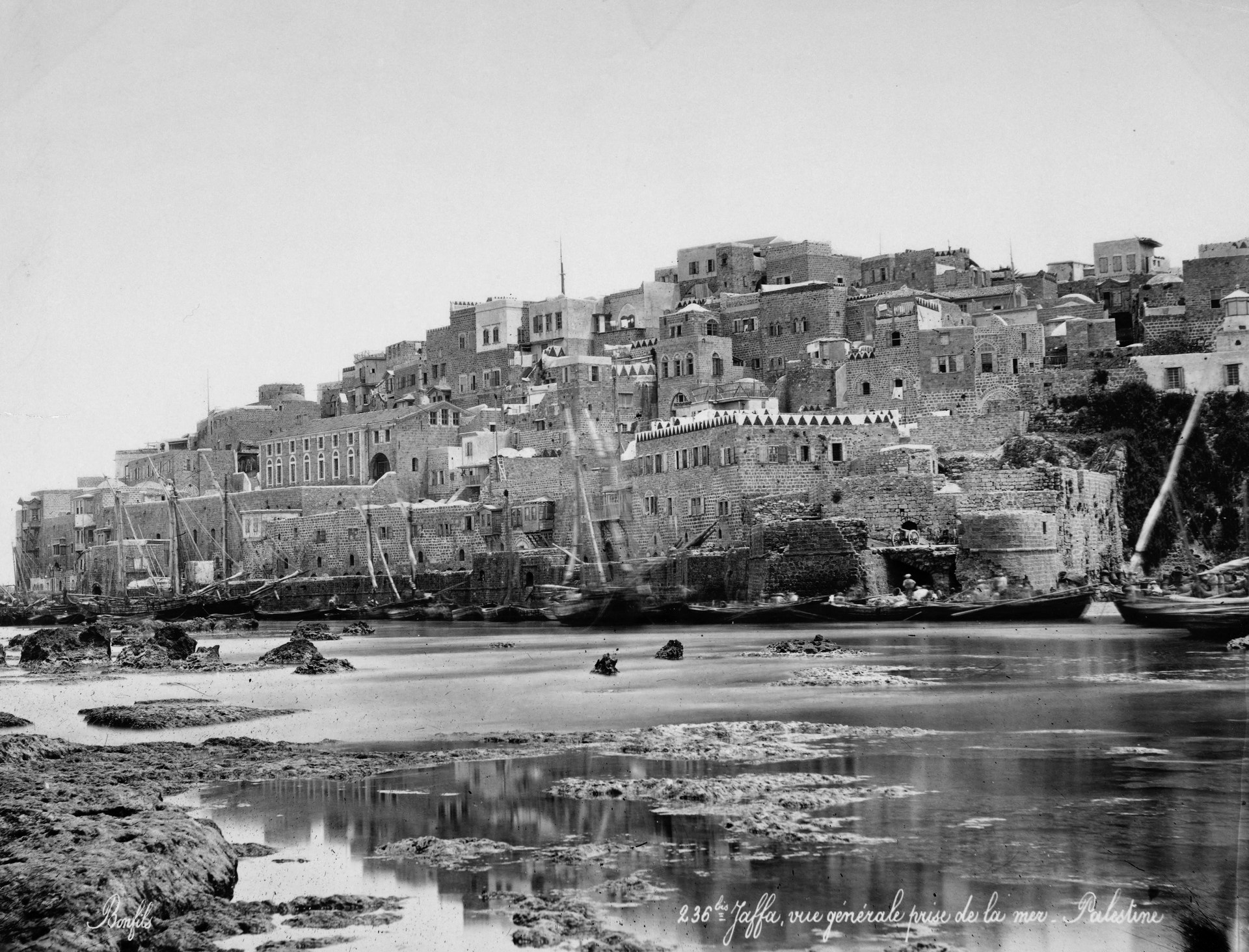 Photograph of the seaport of Jaffa as it appeared during the time of French photographer Félix Bonfils. This picture was shot sometime during the period of 1867 to 1870.

Joppa’s modern name is Jaffa, and the oldest buildings are located in the southern part of Tel Aviv-Yafo, Israel. Jaffa became part of Tel Aviv in 1949. The old Jaffa harbor is now used primarily for fishing boats. The largest modern port in Israel is located north in Haifa. The major international ports are at Ashdod and Eilat.