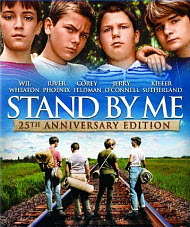 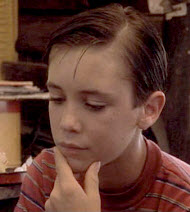 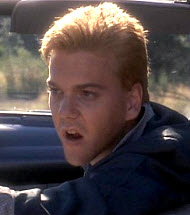 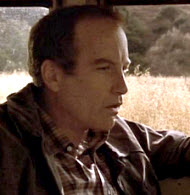 One of the classic films from the 1980’s, “Stand By Me”, is based on a Stephen King novella, The Body, and is from the book, Different Seasons that also inspired the more recent films, “The Shawshank Redemption” and “Apt Pupil.” I had always heard that the film was a true gem, but I never had the opportunity to view it. Fortunately, a few weeks ago it aired late night on cable TV so I decided to sacrifice 2 hours of sleep to watch it, and I was so glad that I did! The film left an indelible mark on my heart.

The film revolves around four boys who go off in search of the body of a missing teenager in the surrounding woods of their small town in Oregon. The group consists of Gordie, a shy boy who is neglected by his parents after the death of his older brother; Chris, the leader of the group who comes from an abusive family; Teddy, the crazy one; and Vern, the scaredy-cat. Along the way, they encounter various obstacles and discover different lessons about life and friendship. It is a retrospective look at growing up and really makes you hanker for the good old days of childhood gone by.

Aside from the great story and character interactions, the film includes A LOT of profanity, which is surprising because the stars of the film are all of young age, and the film is set in the late 1950’s, a much purer period in American history. The film also includes some scenes of sexual language aimed at each other for ridicule. There are a few scenes of attempted violence involving a knife and gun, but nothing to shield your eyes from. Drug use is also prevalent in scenes of cigarette smoking by the young stars and alcohol consumption from minor characters.

Christianity isn’t really mentioned in the film, but God is referred to in an exchange between Chris and Gordie, where Chris encourages Gordie to pursue his writing skills because it is a gift from God. Other than that, God is not a real factor in the film.

Although there is an absence of Christian themes, it takes nothing away from the entertainment value of the film. In short, it is a film about friends and how we should cherish them. The film is full of moving performances by talented young actors and a really great score and soundtrack. I would suggest the film for any adult who is nostalgic for childhood memories and enjoys a tender look at growing up.

If one wants to view the film in the presence of younger viewers, I would suggest presenting a taped copy off television, where it is heavily edited and doesn’t really damage the movie’s effectiveness. “Stand By Me” is an unforgettable film.

Positive
Stephen King writes great short stories, and this film is based on one entitled “The Body.” It is a nostalgic look at childhood friendships in the early 1960s. Not much offensive here, except for some profanity from the kids, and a scene at a pie-eating contest that turns nasty.

Hillari Hunter, age 38
Comments from young people
Overall, an inspiring, positive movie about friendship and growing up. This movie is rated R because of language, but compared to some movies, which promote graphic violence and sex, this is not that bad. My Ratings: [3/5]