for disturbing and violent content, some bloody images, language, nudity and drug use. 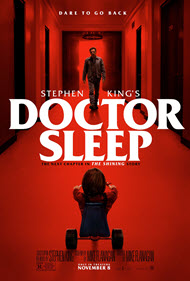 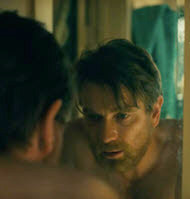 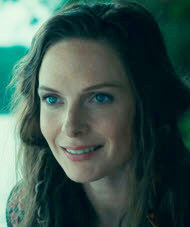 Childhood trauma and its later effects

Breakdown of a family and the after effects

Attempting to suppress trauma with alcohol 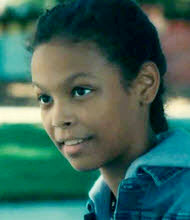 The wickedness of manipulating and deceiving children 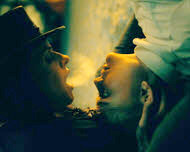 About the realities of death 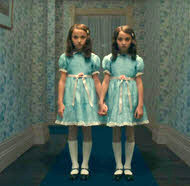 Supposed “ghosts” and place “haunted” by the dead

About supposed talking to the dead / necromancy 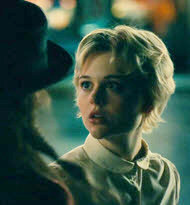 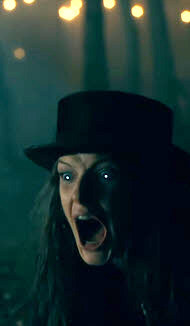 Why is the occult abhorrent to God? 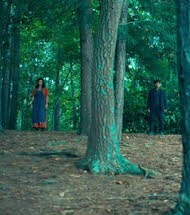 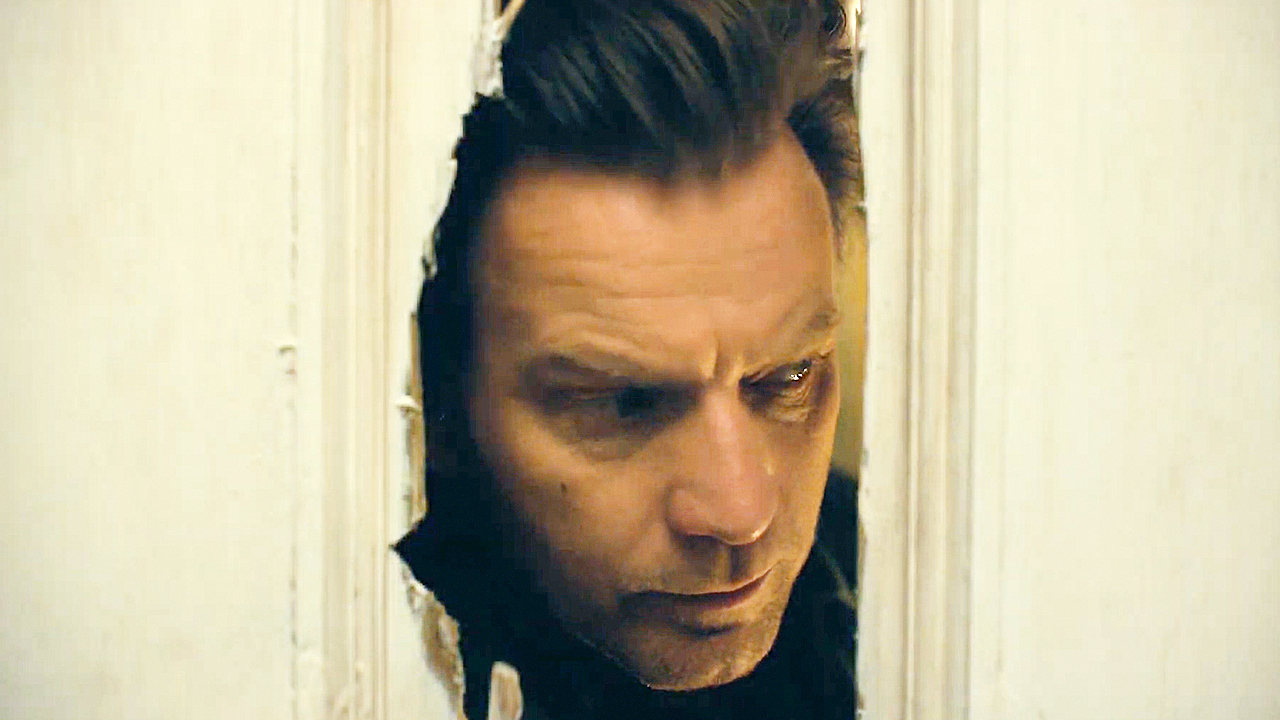 Danny Torrance (Ewan McGregor) has spent his entire childhood, and pretty much his entire adulthood, trying to suppress his memories of the events and circumstances that occurred at the Overlook Hotel some 30 years ago. He even picked up a job at a hospice facility, being nicknamed Doctor Sleep. Even more than the events themselves, Danny has mostly worked at suppressing his magical power, what he and his friend from the Overlook called “the shining.” For those unfamiliar with said power, the shining is a telepathic power that allows people, such as Danny, to speak to others telepathically, amongst other awesome abilities that come with the shining that I won’t divulge here.

But Danny might not be able to subdue the shining for long. As it turns out, he is not the only one with the shining. A young girl named Abra (Kyliegh Curran) has had the shining for some time and just witnessed an evil group named the True Knot led by sinister Rose the Hat (Rebecca Ferguson) murder a young boy by sucking the “steam” from him. This vapor is the psychic essence of all the pain and fear that comes from a person. If one, such as a True Knot, sucks all of it out of a child or an adult, the victim dies. The steam allows the True Knots to continue to live for years to come, but does not grant full immortality.

Abra seeks the help of Danny by communicating with him using the shining. Danny, at first, is hesitant, having vowed to never have anything to do with the shining (apart from a few harmless tricks from time to time), but then realizes the True Knots are coming for Abra for her steam and will not stop with her.

It’s time to wake up, Danny… or should I say Doctor Sleep.

The first thing you should know about “Doctor Sleep” is that it is not a horror film in the traditional sense, so if that is what you were hoping for that you didn’t find in “The Shining” (which honestly, I thought “The Shining” was truly terrifying) you might be disappointed (or hey, maybe I’ve become desensitized to horror films). However, that does not necessarily work against “Doctor Sleep.” Similar to how Kuberick’s “The Shining” was crafted, “Doctor Sleep” is a different type of terror that builds by continually holding the audience’s suspense for long moments of time, releasing it for but a moment, and then holding the suspense. The true cleverness, honestly, can be found in the film’s final act (though, honestly, this act could and should have had a bit more screen time).

The true terror we witness on screen (once again, Stephen King crosses lines that should NEVER be crossed) is the sadistic torture of young children (some shown bleeding on the ground and screaming for the pain to stop). These moments, not only horrified me, but other members of the audience. I couldn’t help but, afterward, stop and wonder what drove Mr. King to write about such unspeakable acts happening to children. I then stopped and prayed for this man.

And so, for all the film’s beautiful cinematography (amazing scenery, fine performances, and the above average plot-pacing), the content gravely outweighs all of this, with heavier amount of violence and nudity than could be found in the first film.

VIOLENCE: Extreme. Blood pours from an elevator onto the floor. A young boy is kidnapped and then tied down. A leader stabs the boy in the leg and other parts of the body (we don’t see the actual stabbing, but we hear the boy’s screams), and as he screams, covered in blood, the True Knot collect the “steam” from him. We then watch as the boy slowly dies. A character is repeatedly sliced in each leg, back and forth. The True Knot attack a young girl. A character is drugged and kidnapped by very evil people. Characters are forced to commit suicide. A character gets her hand crushed in file cabinet drawers that are closed on her; we see her bloodied crushed hands during and after the scene. There is both a bar fight and a gunfight. In thelater, many are shot and killed, and we watch as they slowly die. Two characters are seen being choked in different scenes. A True Knot presses on someone’s open wound to make them scream in pain. Ghosts attack a character and cause them to perish. A character is chased by someone with an ax. A character is killed after being thrown through a windshield during a car accident. A character is shot in the leg. A building catches on fire, killing everyone inside. A lead character sees ghosts that try to harm him. A character is thrown back while trying to telepathically seek out someone. Abra uses an entity (a version of herself) to another person.

NUDITY: Very Heavy to Extreme. The elderly naked lady, from the first Shining film, makes an appearance a few times in this sequel. Two of these moments show partial nudity, while one reveals complete frontal nudity (with genitalia displayed). Danny has a one night stand with a woman, and we see his partner nude on her side—covered enough to avoid frontal nudity but exposing rear nudity.

SEXUAL CONTENT AND DIALOG: There are some discussions about a girl becoming a woman and her going through her womanhood. This leads into a conversation about men noticing young women (in the wrong ways). To state any more, would be highly inappropriate on this site. A character references that in this day and age it’s not necessarily a good thing for an older man and a young 13 year old girl to sit on a bench next to each other. As mentioned before, a character has a one night stand with a woman. Some of the True Knots become lustful once they inhale the steam. A girl meets a much-older man (a pedophile) for a movie, and she ends up carving into the sleeping man’s cheek that’ll remind he and everyone else he comes in contact with of his desire for “little girls.”

DRUGS/ALCOHOL: A couple characters are seen using cocaine, and there are a couple scenes involving alcohol.

OTHER: The film contains dialog and moments where characters either state that when you die there’s nothing or that when you die it does not end.; however, living in Heaven with the Lord is not even hinted as an option.

In one scene, Danny mentions to a patient that the world is a dark place and the light is being swallowed by others. Yes, there is abundant spiritual darkness in this world, yet light still shines. We, as Christians, are called to serve as that light, as living embodiments of our Lord and Savior, Jesus Christ. We serve as the light by sharing the good news of our Lord’s love, kindness, mercy and forgiveness to us and to others.

“You are the light of the world. A town built on a hill cannot be hidden. Neither do people light a lamp and put it under a bowl. Instead they put it on its stand, and it gives light to everyone in the house. In the same way, let your light shine before others, that they may see your good deeds and glorify your Father in heaven.” —Matthew 5:14-16 NIV

“Then Jesus again spoke to them, saying, ‘I am the Light of the world; he who follows Me will not walk in the darkness, but will have the Light of life.’” —John 8:12 NIV

“The night is nearly over; the day is almost here. So let us put aside the deeds of darkness and put on the armor of light. Let us behave decently, as in the daytime, not in carousing and drunkenness, not in sexual immorality and debauchery, not in dissension and jealousy. Rather, clothe yourselves with the Lord Jesus Christ, and do not think about how to gratify the desires of the flesh.” —Romans 13:12-14 NIV

If there were a rating that I could give that was worse than “Extremely Offensive,” I would. Even with the amazing amounts of cinematography in play (by the way, the stars do NOT warrant a recommendation on my end), I firmly believe this film is detestable to our Lord and Savior, with horrific moments of violence against children and adults, and large amounts of sexual content and graphic nudity. “Doctor Sleep” is not recommended for Christians or audiences of any kind. Please do not even consider taking children to this film. This film grieves the Holy Spirit in every possible way.

Positive—Correction to review: the psychic essence/vapor is not itself the fear and pain, rather the fear and pain are said (in the film) to purify the shine’s vapor, released as someone dies.

I agree this film is not for children. Definitely not “Little House on the Prairie.” I found it to be well acted with great cinematography. This film is a depiction of spiritual warfare. The protagonists fight against the energy vampire demon zombies (which is basically what they are). I do not agree that this movie is particularly anti-Christian. Christ fought demons too and told his disciples to do the same.
My Ratings: Moral rating: Better than Average / Moviemaking quality: 5

Kristina, age 49 (USA)
Neutral
Neutral—OKAY so lets start by saying I loved the movie; the story was extremely good and quite horrifying, which is what you want from a movie like this. HOWEVER recommending this to any Christian is kinda tricky to do, as there is quite a bit of stealing kids’ souls and using them for evil. There is also profanity. But aside from that, I highly suggest you go see this movie as it is a masterpiece for sure. Last but not least get some snacks, as its a long movie, and NO KIDS please no matter how much you want to see it; it’s just not for them—too scary and adult.
My Ratings: Moral rating: Very Offensive / Moviemaking quality: 4½