for disturbing violent content and bloody images throughout, pervasive language, and some crude sexual material. 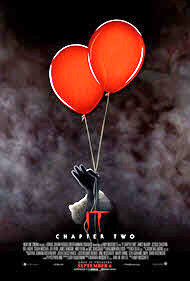 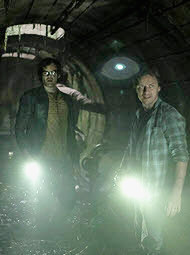 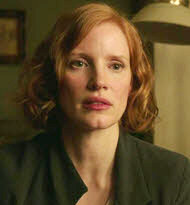 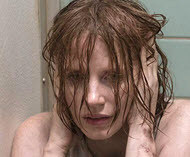 Depiction of deep evil as entertainment 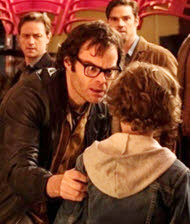 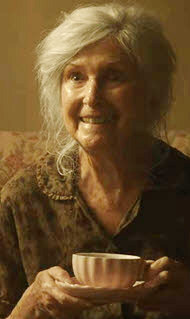 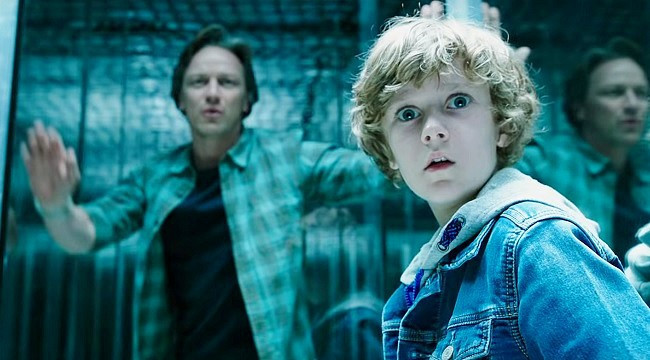 After their intense battle against Pennywise the [demonic] Clown in the sewers, the ‘Losers’ of Derry, Maine (Beverly, Bill, Richie, Mike, Ben, Eddie and Stanley) promised (through a blood pact) that no matter where they were in their lives, that if Pennywise (or “It” as they called him) were to ever return to Derry, everyone would promise to return and defeat Pennywise once and for all.

It’s been 27 years since that promise was made. On one fateful afternoon in Derry, while walking home from the fair, two men are ambushed (for being openly Gay) by a group of attackers at the bridge. As one of the men falls into the river he is attacked and eaten by Pennywise. Mike (one of the Losers) never left Derry, serving as a detective of sorts, and receives a message in blood on the columns of the bridge: “Come home.” Mike knows exactly what to do.

Mike calls each of the Losers together to inform them, the dire return of Pennywise, and that they must defeat this monster once and for all. You must understand, however, as time has passed, and as everyone has moved away from Derry, many of the Losers (except for Mike) have forgotten the events that had transpired in the sewers. Nonetheless, the only way the Losers will be able to defeat Pennywise is to acquire those lost memories and perform the ritual together. If not, none of them will survive the NEXT 27 years.

Why can’t the past just stay buried?

It was a given, since there was an It Chapter One, there was going to be a Chapter Two. If I could summarize my thoughts on “It Chapter Two,” into one sentence it would be this: If Chapter One’s purpose was to scare, Chapter Two’s purpose is to disgust and disturb,” and honestly that’s EXACTLY what Chapter Two does… disgust and disturb, not horrify. It crosses lines that should NEVER be crossed: like the graphic on-screen death of children, sexual dialog and discussions about having sex with your mother from children AND adults, and the worst, references (through flashbacks from the first film) regarding the sexual abuse of a child done by a parent.

Look, I’ll be honest. You can have all the great cinematography in the world (which, contrary to what the critics state, I feel, CINEMATICALLY, not content-wise, this second installment is a step-up from the first, with many questions from the first film finally getting deserved answers and some strong performances by both the adult and children-aged Losers), and that’s wonderful! However, if a film, with such a following like this (let’s face it, Stephen King’s books and film have followings) is bogged down with such disgusting material that even a veteran movie go-er can’t stomach it (trust me, I was nauseous at times), all of that doesn’t matter.

Please understand, I’m not trying to go off on a tangent here or trying to be unfair with this film, but truly, there are horrors in this world that we should be shielded from and NEVER be exposed to. Stephen King and Mushcietti not only embrace these horrors (some which appeared in the first film) but expand upon them in the second film (there’s a scene of someone drowning in a rising pool of their own blood that fills up a whole bathroom stall, which in the first film could only splash parts of a home bathroom floor, walls and bathtub). Speaking of content:

Please be advised that this portion of the review contains GRAPHIC violent and sexual content, as well as disturbing profanity and vulgarity. A necessary spoiler is also ahead. Reader discretion is highly advised.

Violence: Extreme. As previously mentioned a homosexual couple is mocked and spat on while walking home, with one man being beaten to a pulp (we see his beaten face and body) and thrown off a bridge). The man is then graphically eaten by Pennywise. There is a brief, yet intense car crash. A woman is seen being whipped and abused by her husband (she later smashes his head with a glass object, killing him). A “zombie” comes out from underneath a bed to attack a character. A young girl is lured by Pennywise and has her head bitten off (though it goes off screen, it doesn’t do so quickly enough and is still graphic). A guard is stabbed, walks out (blood spewing out of his mouth) and dies. A character falls through a hole. A psychiatric hospital patient is covered in blood. A child gets punched. Someone tears their face till it starts to bleed. A statue comes to life, in monster form, and comes after a Loser. We see a bunch of charred hands try to drag a character down into the drains. A character’s mother is attacked by a monster in the form of a leper. A character is stabbed in the side of the face . A character is attacked and then vomited on by the monster leper. Another child is graphically eaten by Pennywise—splattering blood everywhere across a mirror. There is a brawl between two characters. A character is stabbed in the head and killed. A corpse’s head comes come off. We watch as a Loser has a name carved into their stomach. An arachnid head attacks the Losers. A dog turns into a monster. A dead child is seen in the water. A character begins to drown in a pool of blood. A character begins to suffocate as dirt rises trapping him. A child is shot in the head. Some terrifying creatures pop out of fortune cookies and start to attack the Losers while acid begins to grow around them. Someone is bloodily punctured through the chest. Characters are killed.

Nudity: Very Heavy to Extreme. There is a naked woman that turns into a monster. This same “naked lady monster” later appears again. A naked man (shown from behind) walks in and gets in a bathtub. We later see this naked in a tub bleeding to death (genitalia covered). Cleavage.

Occult: Moderately Heavy to Heavy. An ancient occult ritual is performed to drive away the demonic Pennywise. We also hear the exact supernatural demonic details of how Pennywise arrived.

Other: A character vomits, graphically, on two different occasions. Characters are shown smoking cigarettes as children and adults and drinking alcohol. We see a bloodied postcard. A human head suddenly bursts into flames. A pharmacist is seen sniffing drugs behind the counter.

One of the surrounding themes of the “It” franchise is the theme of fear. Pennywise thrives off the Losers’ fear of him. Our enemy, Satan, does the same. When we fear the evils of this world, many are tempted to lose faith in the One that can save us and forget where our strength comes from to fight that fear—whatever that fear may be: fear of failure, fear of not being good enough, fear of insufficient strength, etc.

“For God gave us a spirit not of fear but of power and love and self-control” —2 Timothy 1:7

So then look up, up toward God, up toward Jesus and pray fervently when you are anxious, defeated or fearful of this world. The enemy wants to beat you. Don’t let him!

So we can confidently say,

It (no pun intended) goes without saying that viewing “It: Chapter Two” would be a very bad use of your time and money, as well as a danger to your relationship to the Holy Spirit that lives within you. There’s absolutely nothing, and I mean NOTHING, good, righteous or redeeming about this film. It took me over an hour to type out the offensive content that is in “It: Chapter Two” (that has to be a record for me!). Please do yourself a favor and stay very far away from this film. Do not take children or teens of any age to this film, either. Please also continue to pray for Stephen King, that he may repent and surrender his life to the Lord. I end with this Scripture from our Lord Jesus as a caution against viewing such a film like this: