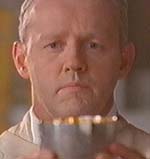 being of Christ-like service to others

What issues often separate Roman Catholics from God?
Are all Catholics going to Heaven? Examine crucial problem areas in light of the Bible. Includes the following topics…

ST. PATRICK— Who was this influential man? Was he a Roman Catholic? Was he a true follower of Christ?

“Diary of a City Priest” comes at a good time for the Catholic church… not that it’s exactly a warm and fuzzy depiction of the church, but rather an honest depiction of a real priest. One not rocked by sexual scandals. A priest who represents the many honest, hard working, lonely servants of the Lord trying to make a difference in the world. One by one, attempting to bring Christ’s love to the hopelessness of an inner city neighborhood.

David Morse (“The Negotiator,” “The Green Mile”) portrays Father John McNamee of St. Malachy’s parish in Philadelphia. Based on the book of the same name, this production from Writer/Director Eugene Martin is a thought provoking character study. Though I am not of the Catholic faith, I had much to appreciate about “Diary”. I have heard that our church pastors are among some of the loneliest people. When one’s position is to care for others, it is easy to be viewed as “Father” or “Pastor” or “Reverend” instead of the more intimate “Friend” or “Soul Mate.”

In the opening of the film, Father McNamee goes to a party in the suburbs where he is given a nice car by a generous couple. As he politely accepts this gift, we can see what he’s thinking: how long will it take before it’s stolen? Is this what people see him as… one to pour charity upon? At the party, it is evident that no one looks at him as a true friend in the real definition of the word. And as the story progresses, the loneliness of this man becomes almost overwhelming. We ache for him as we are able to see what his life is like. The nightly occurrence of an endless string of needy people knocking on his door for food. For money. For diapers. For any handout he can offer.

An interesting factor in this study is the appearance of many Saints of the Catholic church who share some time with Father McNamee: St. Malachy, the 12th century Irish archbishop who sympathizes with John by proclaiming “Despair, regret, the old bit about ‘I’m the lonely guy up here in the hood, doing the work no one cares about.’”; St. Theresa of the Child Jesus, devoted to holiness in the few short years she lived in the convent before her untimely death from tuberculosis; St. Francis of Assisi; Simone Weil; Thomas Merton; Dorothy Day; and St. John of the Cross. I wasn’t quite sure how to take these conversations with ghosts, as it were. Yet they did bring something to the film that wouldn’t have been what it is without their presence.

“Diary of a City Priest” is void of objectionable material other then a few instances of foul language (not uttered by Father Mac). It is not light material, and so should only be viewed by those willing to mull over the issues raised. It’s not really “entertainment”, but it is enlightening. Churchgoers of all Christian faiths have insight to gain from such a story, and if it helps us to understand the reason behind the loneliness many clergy members feel it is well worth your time.

Positive—This movie was an excellent example of Christ-like service, taking into account the human factor! Although, very Catholic in nature, it was worthwhile and caused one to think.
My Ratings: [Excellent!/3½]