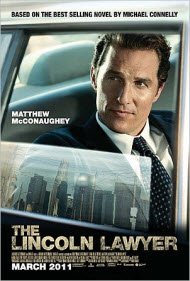 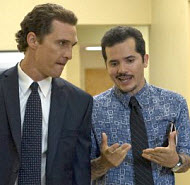 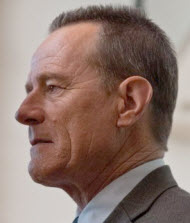 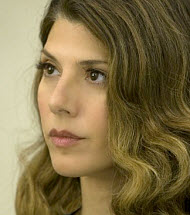 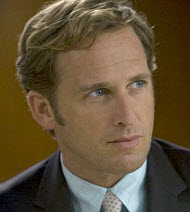 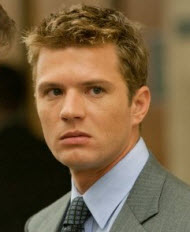 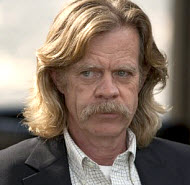 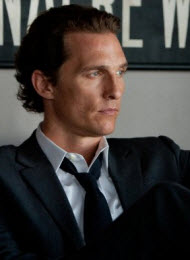 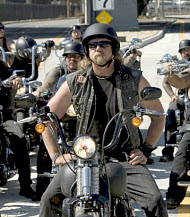 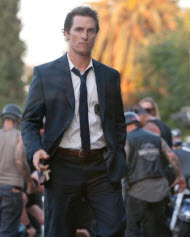 “I’m trying to make it right!”

Crime, punishment and pragmatism? Do the ends ever justify the means? “The Lincoln Lawyer” tells the story of a divorced, smooth talking lawyer Mick Haller (Matthew McConaughey), and his new rich client Louis Roulet (Ryan Phillippe). The film starts with an old school, 70s feel, although set in modern times. The story starts off simple enough, a man accused of a violent crime professes innocence and hires a lawyer to defend him. However, Mick quickly find that his new client’s story doesn’t pass the bar (pun intended), after a little digging by him and his investigator Frank Levin (William H. Macy). Mick, unfortunately, then finds himself in the trap of attorney-client privilege. We, also, learn through all this that he put an “innocent” man in prison. This starts a long, corrupt road of sordid “redemption.”

Lies and corruption are the name of the game. I can’t say too much without giving it all away; the plot is a bit predictable with a few surprises. I wanted to see the movie for the cast, and I was satisfied with the acting. The storyline felt like an extended version of “Law and Order: SVU,” minus the “ding ding”. Although intense, the film has a flow that kept my attention.

What make this film believable is its realistic depiction of a fallen world and the corruption that persists throughout, even in our “justice” system—how evil a man without God can be—and how corrupt a lawyer can be even in his quest to right a wrong. There are no truly “good guys” in the “The Lincoln Lawyer,” and its conclusion leaves the audience with questions—“Was justice really served”, “Who really was the bad guy?”

Is there ever such a thing as getting away with murder? According to the Bible, we are all guilty (Romans 3:23), and if we were given justice, our punishment would rightly be Hell.

We all have to face a Holy God in final judgment; there are no smooth talking lawyers or any amount of money that can save us. It’s simply the wrath of God or the grace of God through His Son Christ Jesus.

Positive
Positive—I am a huge fan of Michael Connelly, who wrote the book, The Lincoln Lawyer. His thrillers are complex, with the twists and turns that keep my attention. I know it is not easy to take the action of a book and distill it into one and half hours of film action. This one did a pretty good job of bringing up the many issues that lawyers, especially defense lawyers, face. Matthew McConaughey does a credible role as the tortured lawyer who tries to do the right thing, despite all his personal foibles, and defend a questionable client. The action sequences could have been edited and shot better, but, otherwise, it was an entertaining afternoon at the movies for me.
My Ratings: Moral rating: Very Offensive / Moviemaking quality: 4

Halyna Barannik, age 64 (USA)
Positive—My husband and I watched this movie on a date night last weekend. We thought it was a well-done movie and we were glad to see Matthew McConaughey in another lawyer role-a role he plays well. He plays a very complicated and conflicted attorney who on the one hand is a swindler and dealer, and on the other truly cares about justice, knows the law (to the point of being able to take advantage for his own gain), and has compassion for people. He is not a perfect man by any means, and the movie certainly doesn’t try to paint him so. There are many good qualities in him, and, as the audience, you can’t help but like him, even when he is taking advantage of people and the justice system. He seems bad on some levels, but not evil.

As the movie progresses, he comes face to face with pure evil. Then, we begin to see his own shortcomings, compromises and failures confront him. His little world of manipulation and wheeling and dealing comes back to haunt him, tear his world apart and humble him. He becomes the one who is being manipulated and used and he gets a very bitter taste of his own medicine.

One of the well done things about this movie is that he ultimately triumphs because he wants justice to win in the end and he even uses some of his “gift” that teeter on the line of right and wrong. He is able to rise from the ashes and use what he knows to triumph over the evil that confronts him.

My husband is an attorney and said that the movie stays mostly true to how the law actually works—a rare find. There is a very realistic feel to the movie and they must have done their homework on the legal system. There are also some very laugh out loud parts, which help to bring levity to the heavy parts of the story. This movie also unearths some tough and important points: our imperfect justice system, everyone deserves a defense, etc.

That being said, I also have to say that we thought this movie could have been EASILY made to a PG-13 rating. The violent scenes and sexuality went too far, when they could have given smaller glimpses and proven their point without being so gratuitous. Yes, it is important to understand the crimes that were committed for the storyline, but I don’t think that they had to be as graphic and “relived” as they were.

The audience could have understood just as much with some police reports and explanation without the reenactments. My husband, and I literally turned our heads a couple of times, because we could see where a scene was going and didn’t care to watch the violence or sexuality.

I hope that Matthew McConaughey will continue to make more movies as a lawyer… lets just hope they are a little cleaner in the future. Overall, a very enjoyable, on-the-edge-of-your-seat movie with a good ending.
My Ratings: Moral rating: Offensive / Moviemaking quality: 4½

Tara, age 40 (USA)
Positive—I liked this movie for the most part. I was just a little disappointed, because it seemed like the main character was going to change his ways by the end of the movie, but then he went right back to defending criminals. Other than that, it kept me interested, and I wouldn’t mind seeing it again, someday. The plot twist at the end was one of those that afterwards I’m thinking, “I should have seen that coming!” But I didn’t. Of course, the rating will tell you that this movie is not for the squeamish Christian, the plot involves murder and rape, there are a few f-words and a sexual scene.
My Ratings: Moral rating: Average / Moviemaking quality: 5

Kadie Jo, age 19 (USA)
Neutral
Neutral—I think people will enjoy this movie. I cannot get upset over the sex scenes. They are either necessary for the plot or are between a divorced couple with a child who may not even be divorced according to God’s law. Why they are divorced is hinted at, but not revealed.

What is wrong with the movie is what is attractive about it to someone as worldly as myself, who is intimately acquainted with the practice of law—it realistically depicts a corrupt lawyer. My difficulty with the film is that it depicts him as a hero without any criticism of his conduct.

Whilst I tend to agree with the perspective that this is all that one is likely to get in certain quarters of the legal profession, I cannot embrace the idea that this is proper behavior. I think that we should have at least seen that he was fending off ethics investigations or concerned that someone might find out, for example. One minor example is where he contrives to have a video photographer attend the hearing of a client and then pays the man $1,000 and claims it against the client and then recovers $800 of the money from the video photographer, later. This is portrayed as “smart,” rather than fundamentally dishonest. It is not good for people to think that this is “smart” practice.

This film continues the new secular orthodoxy that villains are “homophobic”. There is vigilantism in the film, but I think that this is appropriate in the circumstances, but once again we do not see any fear or apprehension of negative consequences flowing from it.

All in all, an enjoyable film provided that you do not lose your moral compass. Whilst in real life, you would probably be prepared to engage the Lincoln Lawyer to defend you on a serious criminal charge, it is sad that characters such as his are needed in the jungle the Devil has created on Earth. If a movie about bad people is unable to be “Average,” this is not an “Average” film, but I do not condemn the film because of its theme.
My Ratings: Moral rating: Average / Moviemaking quality: 3½