Reviewed by: Samuel A. Torcasio
CONTRIBUTOR 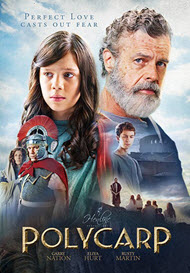 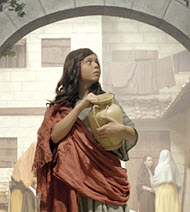 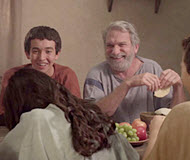 How did Jesus greatly humble himself for us? Answer

martyrs for the Christian faith

perseverance of the saints 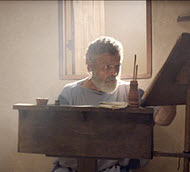 This entry from Henline Productions about the 2nd century church father, Polycarp, bishop of Smyrna is a film that presents church history and biblical truth in a way that is educational, inspirational, and real.

It is based on the novel Polycarp: A Destroyer of Our Gods by Rick Lambert (2014). The prominent themes in this movie are love, courage, grace, and devotion to Christ. Central aspects of the Christian faith are touched upon such as prayer, trusting in the will and sovereignty of God, freedom in Christ, dying to self, and perseverance in trial. The film also offers an apologetic for the existence of the one true God.

This film is overflowing with an abundance of Scripture quotations and biblical principles. When the young girl Anna is adopted and freed from her slavery, Polycarp shares with her that as she has been freed from slavery, Christians have likewise been freed “from the bondage of sin, and through the perfect love of God have been welcomed into His family.”

Later, when Anna expresses to the aged bishop that she does not understand God’s love, he responds by doing an impersonation of the elderly apostle John, his mentor, who said “My dear children, let us love one another because love is of God” (1 John 4:7). We see Polycarp preaching before his congregation, “We love God because He first loved us, and the love that we share with one another is the love we have received from God Himself” (paraphrase of 1 John 4:10-11).

Not only is this feature full of Scripture, it also pulls you into the world of the 2nd century church. Of course, there are fictional characters to help fill in the gap of what we don’t know of Polycarp’s life, but, at the same time, the film is true to the ancient records we have. It features other historical characters such as Irenaeus, along with well known quotations from Polycarp.

The story takes place during a time when Rome was requiring citizens to burn incense to Caesar and declare him as Lord [worshipping him as divine]. It is interesting to see how the characters wrestle with what to do, and even have clear disagreements on the matter. As the pressure intensifies to worship Caesar, the character Justin thinks they should leave Smyrna and go to Ephesus where Irenaeus is the bishop, while Elias thinks they should stay and take a stand for the Gospel in the place where God has blessed them with homes and friends.

There was wisdom in both views, and indeed the Christian life is often one of weighing matters and looking at biblical principles to see which decision would be best in a given circumstance. It is not always a clear-cut answer, and believers ought to give each other freedom to disagree in such issues. In the midst of this debate, Polycarp wisely admonishes prayer on this matter to discern what the will of the Lord is for each of them.

We are not being asked to burn incense to Caesar, but how are we being asked to compromise by our culture? How are you being asked to compromise at work? Is this something that is clear-cut, or is this a matter that Polycarp would say requires much prayer and discernment? May we, like these Christians of the 2nd century, be true to the convictions of our faith in God’s Word. Even when the pressure intensifies, we must be true to what God has revealed. Remember that the risen Lord Jesus told the church in Smyrna, where Polycarp would one day be bishop, that those who are faithful until the very end would be given the crown of life (Rev 2:10).

This film is immensely well done on every level. Garry Nation’s Polycarp is superb. He brought this ancient church father to life, and no doubt from now on when I think of Polycarp this portrayal will be in my mind. Nation not only reflects the seriousness of the character but he makes him down-to-earth and very human. We see Polycarp bold in preaching Christ, but we also see him afraid and sad due to the persecution. He also has wit, humor, and is full of life. This was not a stoic presentation of an ancient saint, but a very well rounded character. This genuineness makes Polycarp’s love for God all the more convincing. Throughout the film Polycarp is seen praying, and encouraging trust in God. Polycarp says to Anna, “The world is heavy when you carry it on your shoulders child,” and he encourages her to bring her concerns to God in prayer.

When Germanicus is down because he felt he did not stand boldly for his faith, Polycarp shares that he too struggles with fear. Surprised by this, Germanicus asks, “You struggle with fear?” To which Polycarp responds, “Why do you think I speak so much of God’s love? Because perfect love casts out fear” (1 John 4:18). It was his weakness that kept Polycarp relying on his continual need for Christ. What a lesson for us modern believers. We are all weak, fragile, and sinful human beings. Sometimes we need to be brought to a low point, so that we can be humbled and see our need for constant dependence on our Lord Jesus Christ.

Before Polycarp is taken away by the Roman guards, he is seen praying that God would help him to love them, and that God would forgive them. In that we see Polycarp’s desire to obey Christ’s command to “love your enemies” (Matt 5:44). All throughout, it is clear that Polycarp is a man who loves because he was so loved by the Lord Jesus Christ. Indeed, Polycarp would have been taught well about the love of Christ by his teacher John, the apostle of love. Polycarp wanted others to know of this love, and may the reader of this article be encouraged that Jesus Christ died for sin. He didn’t die for worthy people or for those who loved Him. He died for His enemies. Those that come to him in repentance and faith are simply responding to the manifest love that He has already demonstrated for them. The love that we have for God and others comes from His great love. As Polycarp’s mentor said, “We love, because He first loved us” (1 John 4:19).

The other characters are done well, also. We view the story from young Anna’s perspective, and her path towards belief in the “God of the Christians” is both convincing and heart-warming. She asks honest questions, that children may indeed ask. Young Germanicus’ desire to be faithful to Christ is something all true believers will be able to identify with. Polycarp said of Germanicus that “he did not fear death, only denying our Lord.” What a powerful statement that should characterize every believer in Christ.

The Justin character appears to be an apologist and a bit of a philosopher, which gives him striking similarities to the Justin Martyr of church history. Bosek’s Quadratus, the Roman Proconsul, is reminiscent of Satan. He is subtle, deceiving, and fill of hatred toward the truth.

The language used in the dialog of the film is a bit archaic, and while, at times, this may seem awkward, it should be kept in mind that this is a period piece. I think the writers chose to use some archaic speech to convey a sense of being in a different time. This film did not have a huge Hollywood budget, but, with that being said, the set was quite impressive, and it brings viewers into the 2nd century world. The musical score is absolutely excellent and epic in every way.

Regarding content of concern, there is some violence regarding persecution from the Roman guards, but there are no graphic depictions. When Polycarp is martyred, you can see the glow of the flames beneath him, but that is the extent of it. In my opinion, there is nothing objectionable about what is seen. This film makes for great family viewing, and an opportunity to talk with kids about what it means to both live and die for the cause of Jesus Christ.

This film brings to life the story of Polycarp, an early bishop of the church and martyr for the Christian faith. Polycarp’s life has inspired many, and now, through the medium of film, many more can be inspired. There are so many other great stories in the early centuries of the church that need to be told through film. Ignatius of Antioch, Justin Martyr, and Augustine of Hippo are a few among many inspiring stories that would make great movies. It is hoped that “Polycarp” will be the first of many more films to follow on the heroic and courageous stories of the early Christian Church.

Positive
Positive—POLYCARP is a God-honoring, Christ-centered, and moving story that will make you want to run with the divine message, while we still have the God-given liberty.

Ray Comfort, evangelist and best-selling author (USA)
Positive—I appreciate how this movie, based on the true historical account of the life of Polycarp, challenges all Christians concerning what we might do in the face of persecution. Because Christianity is increasingly under attack in our secularized Western world, POLYCARP is a ‘must watch’ for every Christian.

Ken Ham, president, Answers in Genesis and the Creation Museum (USA)
Positive—POLYCARP issues a call that resonates with Joshua’s mandate to ‘choose you this day whom you will serve.’ This is a moving story of second-century persecution, reminiscent of the persecution many believers face today.

The Kendrick Brothers, creators of ‘Courageous,’ ‘Fireproof,’ and ‘Facing the Giants’ (USA)